OMICRON VS. DELTA: THE BATTLE OF THE COVID VARIANTS AS A NEW VERSION OF THE VIRUS HITS ILLINOIS 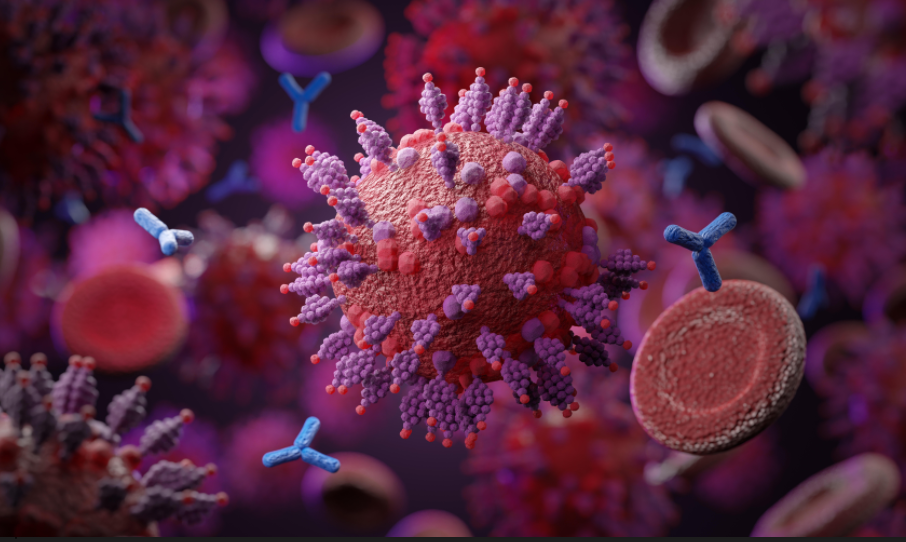 The latest Covid-19 variant that tanked world markets, caused President Biden to batten down the borders against travelers from southern Africa, and put the international medical community on high alert.

Omicron has arrived in Illinois.

“The big question is, do we see Omicron start outcompeting Delta? And if we see that, how quickly do we see that?” said Dr. Allison Arwady, Commissioner of Chicago’s Public Health Department. “Everybody’s watching for that, not just in Chicago but around the U.S. and around the world. That’s the contagious part and my gut is we’re going to start seeing Omicron give Delta a good run for its money.”

The first Chicago resident who tested positive for Omicron was a known contact of someone else with Omicron who visited Chicago.

What got international public health experts and elected officials so nervous? How quickly Omicron spread after it was initially detected in South Africa.

“Up to this point, Delta has been the most efficient spreading variant of the virus that causes Covid 19. That’s why it basically dominated all the other viruses around the world,” said Dr. Michael Lin, an infectious disease expert at Rush University Hospital. “In the United States, for example, Delta is essentially representing 100 per cent of all the Covid 19 cases at this point.”

But Omicron spread in southern Africa with lightning speed. It was first identified on November 11 with a single patient in South Africa and four more in Botswana. Within three days, 2,308 cases had been found in the South African province that’s home to Johannesburg and Pretoria.

“It took about three months, give or take, for Delta to become 90 per cent of the covid infections in South Africa. That’s also what we saw in the U.S., which was pretty quick. In comparison, it took just about 12 days, a couple of weeks for Omicron to become dominant in South Africa, representing about 75 per cent of the infections there. That suggests this is quite infectious,” said Dr. Arwady.

But that’s just half the story. Omicron also features 32 modifications on the part of the virus that the main Covid-19 vaccines target, the spike protein that the virus uses to latch onto human cells.

“The more mutations there are on that spike, the more protein changes there are on that spike, the less likely the vaccines they’re formulating now will be stimulating the right antibodies. If the mutations have been able to change the spike protein enough, it may evade the vaccines that have been developed up to this point,” said Dr. Rachel Rubin, Cook County Public Health Director.
That raises the possibility, perhaps even the likelihood, the current coronavirus vaccines and boosters will need to be modified to most effectively fight Omicron.

Up to now, the World Health Organization has identified five coronavirus variants of concern, including Omicron. Alpha, which drove surges of infection in Europe and the United States last winter, and Delta have proven to be most transmissible. Beta weakened the impact of vaccines. Other variants haven’t caused greater harm or dominated other strains.

Although concerned, medical experts still don’t know exactly how Omicron will perform here. In South Africa, just a quarter of the country’s 60 million people are vaccinated. Europe, where 67 per cent are vaccinated, will prove a different test. As will Illinois, where 81 per cent of the population has received at least one vaccine dose, with 59 per cent fully vaccinated.

While the exact effectiveness of current vaccines against Omicron is not fully known, they’re still likely to provide some level of protection.

“Vaccines don’t only stimulate antibodies to fight a specific virus.
They also stimulate other areas of the immune system we call the T-cell response, that really helps people avoid serious illness or death,” said Dr. Rubin. “And the T-cell response is a little more generalized as opposed to the antibody response which is pretty specific.”

And if the current Covid-19 boosters need to be reformulated to fight Omicron, current vaccine manufacturing technology greatly shortens that process. “It’s really a matter of weeks. They could have a reformulated booster, if needed, in distribution in 100 days,” said Dr. Rubin.

After Omicron’s alarming debut, some good news emerged indicating the virus may not be totally overriding current vaccines. “The formal studies are being done and it’s going to be another week and a half or so but I think it’s been relatively reassuring that even if there are people who are getting infected by Omicron, and either were vaccinated or had Covid in the past, they were clearly not having severe infection or dying,” said Dr. Arwady. “At the end of the day, the vaccine is continuing to protect fairly well against those dire outcomes. At least in the very preliminary data, it’s doing its job.”

Still, holiday celebrations held indoors do provide a more fertile environment for infectious spread. “We are already seeing a significant surge here with the Delta variant in Chicago. We’re averaging 900 cases a day, which is a lot. That’s the most we’ve had since early 2021. And if Omicron turns out to be twice as infectious, you still have a lot of people who don’t have immunity. In Chicago, we have almost 700,000 who have never been vaccinated nor have evidence of having Covid in the past. And that is more than enough people that if you did have a variant that was twice as infectious you would probably see quite a bit of unnecessary illness, hospitalization, and death,” said Dr. Awardy.

The world has come far and evolved fast in recognizing new Covid-19 variants. South Africa’s testing system allowed it to sound the Omnicron alarm within days. “It might not have originated in South Africa,” said Dr. Rubin, “but because of their low rate of vaccination and many people living in close proximity, in crowded circumstances, that’s where the outbreak was detected.”

In Chicago, federal Covid funding has built up the Regional Innovative Public Health Laboratory, which tests samples from hospitals around the area. That system identified the first patient infected by Omicron in Illinois.

For now, the best medical advice is to get vaccinated and get a booster to build maximum protection as doctors learn what Omicron is...and what it isn’t.

“People should continue to take protective heath measures recommended for all variants -- vaccination boosters, masking, avoiding crowds, testing and physical distancing,” said Melaney Arnold, spokesperson for the Illinois Department of Public Health. “Viruses constantly change through mutation and new variants are expected to occur. The way to stop mutation is to stop the virus from circulating. Vaccination is our best weapon for battling Covid-19.”

Scientists say viruses seek out the weakest, least protective link in the wall built against them. “If Omicron is that much more transmissible, if it’s more contagious we really need to get as many people vaccinated as are eligible to do so,” said Dr. Rubin. “Then we won’t have much community spread going on out there, so as Omicron reaches our area it will not become a major problem.”