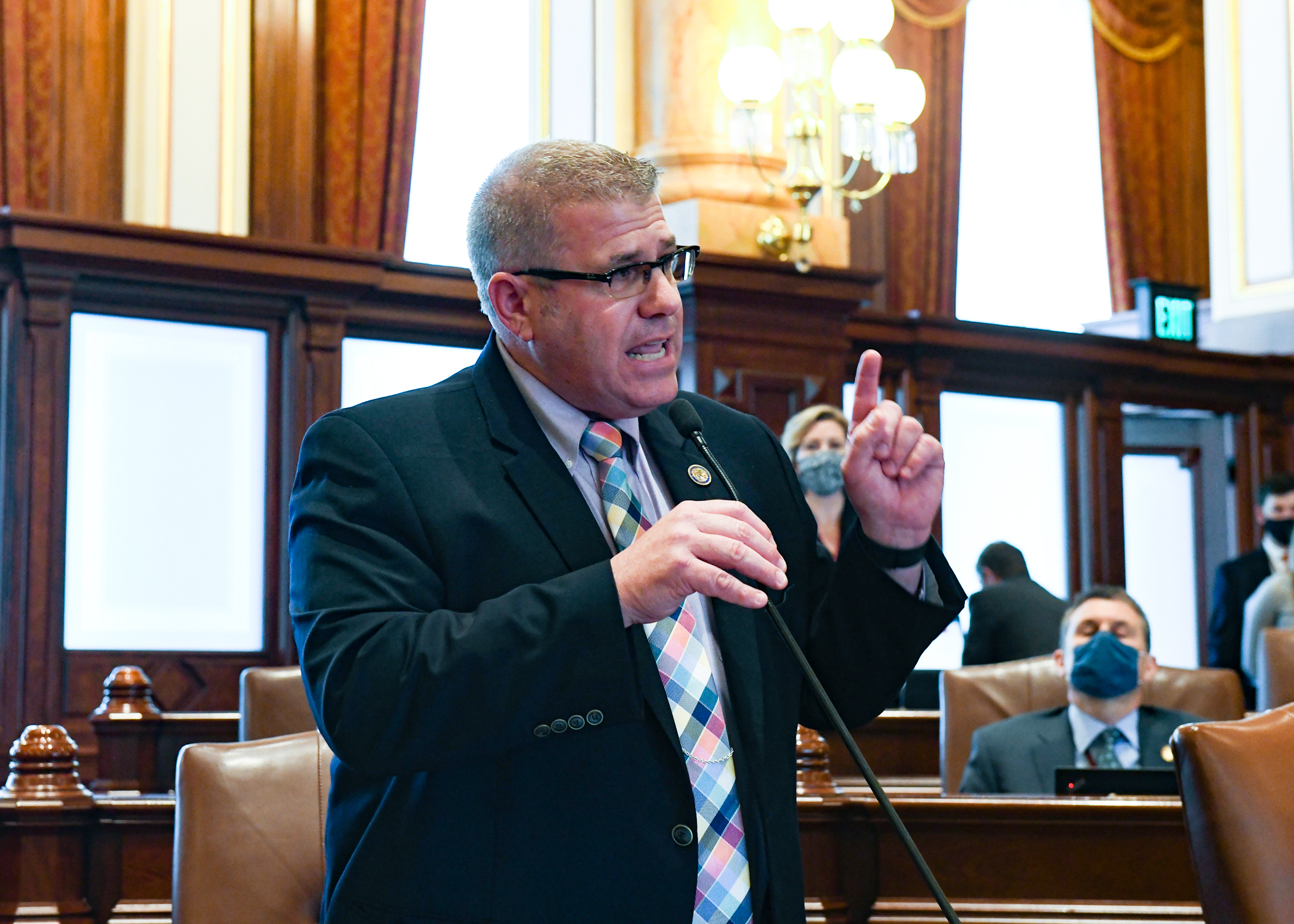 Now that Darren Bailey has actually caught the car he started chasing, the question is what will he do with it.

His semi-insurgent campaign for governor was wildly successful, earning him an easy majority victory that almost doubled the number of votes of his two closest challengers combined. One of those men, don’t forget, was Aurora Mayor Richard Irvin, who had party backing and some Ken Griffin pocket change, $50 million, to spend, yet still won fewer than one of every six votes cast.

But it’s one thing to wield a Donald Trump endorsement and coast to a primary victory in the Republican Party of 2022, as Bailey did in the June 28 balloting, but…

It may be another thing to contend seriously for the governorship of a blue state like Illinois, where Trump lost both his presidential runs by 17 points.

And let’s not forget that Bailey received some $9 million in backing from his own super wealthy benefactor, Lake Forest ultra conservative Dick Uihlein.

Right after the election, “I said I thought Darren Bailey would have to extricate himself from accepting that Trump endorsement,” said Chris Robling, a Republican political analyst in Chicago. “And I think that he will have to do that to be generally viable. And I think he probably will do so.”

But there’s likely no sidestepping the pre-primary Trump rally downstate at which Trump endorsed Baily, and Bailey said, “I’ve made a promise to President Trump that in 2024, Illinois will roll the red carpet out for him because Illinois will be ready for President Trump.”

It’s no secret that Bailey’s Democratic opponent, Gov. J.B. Pritzker, liked the sound of that. Along with the Democratic Governors Association, Pritzker spent heavily on advertising to help Bailey out in the primary, emphasizing his right-wing bona fides and his embrace of “the Trump agenda.”

But ask someone who’s known Bailey a long time – like, since North Clay High School days – if this is a man likely to modify his views for the sake of an election, and what you get is a firm “no.”

“There’s core principles that Darren has that he’s not going to change from,” said Bryan West, Republican Party chair in Clay County, Bailey’s home county, located just south of I-70 and east of I-57.

“It doesn't surprise me he's been successful,” West said. “On a statewide level, you know, he's gonna outwork anybody, because that's the way he was raised.”

Even before his political career, Bailey, of course, was well known in and around Clay County as a farmer, third generation, and was president of the high school’s Future Farmers of America chapter, West said.

“‘Downstate farmer’ plows through the field,” said the great Sun-Times headline the morning after the primary, calling Bailey in the story “the MAGA-loving, Bible quoting grain farmer and state senator from downstate Illinois.”

His Bailey Family Farm lists the motto “Faith, Family & Farming” and is actively seeking more land to work. As of 2017, the year before Bailey first got into state politics as an Illinois representative, the farm was at 12,000 acres, a three-fold growth in a decade, according to an Illinois Farmer Today article.

Bailey, 56, and his sons also have excavation, freight, and grain storage businesses.

What’s less widely known is that in Louisville, the county seat, Bailey and his wife Cindy started Full Armor Christian Academy, described by Bailey as “ a preschool through grade 12 school that gives parents the option of a Christ-centered education for their children.”

That makes it a direct competitor to the local public school district, where Bailey was president of the school board for 12 years and a board member for another five. Full Armor was founded in 2016 and had 180 students enrolled at the end of the 2020-21 school year, said an Effingham Daily News article, which also noted the sign out front reading, “Staff heavily armed and trained. Any attempt to harm children will be met with deadly force.”

From tiny Xenia, Bailey frequently quotes the Bible, and he and his wife go to church at Crossroots, an Assemblies of God affiliate, in Effingham.

His time in Springfield politics has been marked by a willingness to confront Pritzker on COVID mitigation issues. He was removed from a temporary legislative floor in May 2020 for refusing to follow the rules and wear a face mask. He reportedly returned to the floor the next day, masked, but would go on to unsuccessfully sue to challenge Pritzker’s authority to impose pandemic-related restrictions.

In November of 2020, he was elected to the state senate, and less than four months later he announced his gubernatorial bid.

“That didn't really surprise me,” said Cynthia Given, the Olney small business owner who ran against Bailey as a Democrat in 2018 and 2020 and thought she saw him looking beyond the state legislature. “In the 2020 election, he didn't do any debates that were scheduled.”

Nor was his big primary victory a surprise, said John Spencer, the Clay County Democratic chair: “In Southern Illinois, down here – well, if signs could vote, he’d have had 75 percent,” Spencer said.

Spencer said he lives next door to Bailey’s campaign headquarters on the square in Louisville – where he watches “hundreds” show up for meetings while the local Democrats struggle to get a dozen – and has done some work for Bailey hanging drywall in a farm building.

“He's not the same Darren he was four years ago,” Spencer said. “I think this run for governor and, you know, the lawsuits and this, that and the other – I think his ego’s bigger than he is, or something to that effect.”

Bailey has been humble enough on the campaign trial to apologize for comments he made after the Highland Park Fourth of July parade mass shooting that were viewed as insensitive.

“Let’s pray for justice to prevail, and then let’s move on and let’s celebrate — celebrate the independence of this nation,” Bailey said in a Facebook posting.

Speaking to reporters in Springfield, he said, according to the Chicago Tribune, “The thought that my initial response could have caused more pain is certainly something that will keep me up at night. And I’m sorry.”

While his pro-gun rhetoric – and debate comments decrying Chicago as a “hellhole” – likely won’t peel any voters out of Pritzker’s camp, Robling, the Republican analyst, said that people underestimate Bailey at their peril.

He may have a buzz cut and the twang in his voice typical of the region where he grew up, but he has also won all his elections quite comfortably and he’s shown the willingness to work, notably visiting every county in the state during his campaign.

“There’s a city mouse-country mouse sneering arrogance toward anybody who reflects the historic Southern nature of the State of Illinois,” Robling said. “I understand that he is farming 12,000 acres. Many of our friends who are so quick to dismiss him might want to go out and try to farm 12,000 acres next spring and see how they do.”

And in just over three months, on NOVEMBER 8th, we will see how his southern Illinois roots and his commitment to political conservatism play out in the general election.