Handful of schools fight on 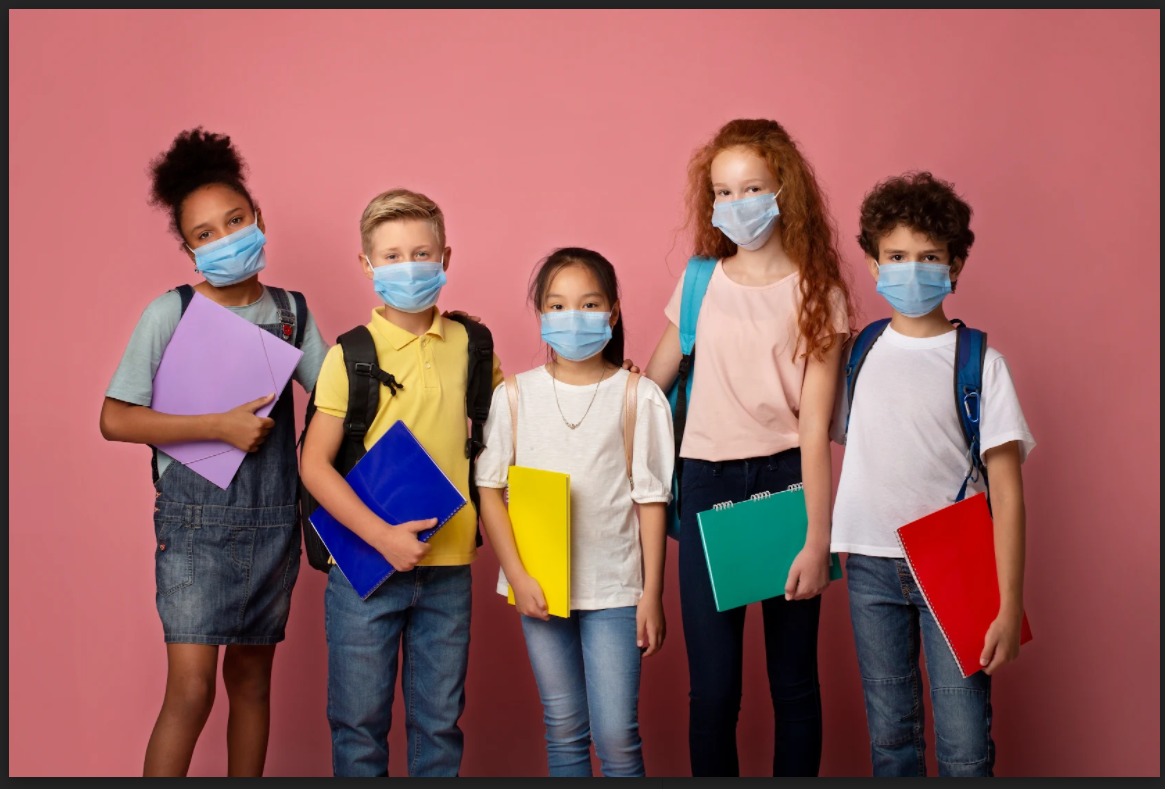 The first week of August, just as school districts across Illinois were putting their finishing touches on back-to-school plans -- complete with COVID policies that included mask-wearing measures (some mandating them, others making them optional) -- Governor JB Pritzker announced a Proclamation mandating masks in classrooms statewide. While the majority of districts that were planning to make mask-wearing optional might have had a notion to defy the mandate and stick with their original plan, school boards and officials who looked closer at the consequences of non-compliance, and listened to their legal counsel and insurance carriers, decided to implement it.

But there have been a few school district outliers who have chosen to “go it alone” and not adopt the mandated mask-wearing policies, despite the fact that Illinois State Board of Education (ISBE) Superintendent Dr. Carmen Ayala echoed Pritzker’s decision. ISBE has oversight of all 852 public school districts in Illinois, along with 11 state-authorized charter schools.

A few days after the Governor’s announcement, Durand CUSD #322 in Northern Illinois posted a Facebook message indicating they would defy the mandate and instead would be “recommending that all students who are not vaccinated wear a face mask, but it will not be a school requirement.” The district, located in Winnebago county, was one of the first to publicly announce their intention, but there were others following suit.

About 270 miles south of Durand, Superintendent Dr. Jennifer Garrison of Vandalia CUSD #203 received a communication from ISBE about her district’s non-compliance with the mask mandate. Garrison said, “I answered that we would like to talk to them and share our story so they could understand where we were coming from on this.” For the downstate Vandalia school district, located about 70 miles NW of St. Louis, it wasn’t as simple as compliance or not compliance. So, they scheduled a meeting with ISBE.

Garrison explained in a recent interview that their district’s story started last year, in the fall of 2020, when very few businesses and municipal governments, much less schools, were prepared for how to operate during a Pandemic. “We started with a hybrid learning model, and created our own metrics to monitor things.” Like most districts, the hours and efforts to respond to this unprecedented challenge were hard, but the district learned a lot about how to mitigate and monitor COVID-19. They upgraded the buildings’ HVAC systems, scaled up testing, and were vigilant on the numbers. In late November to early December, they saw a surge in their metrics and implemented changes. Garrison pointed out that she and her team worked closely with health officials in Fayette County (population of 21,565) to move forward.

Then, there was hope of another tool to use in January with the vaccine. “We saw that as a really important mitigation layer, one that we were going to focus on,” Garrison said. As a result, the superintendent is proud to report that about 70 percent of their staff is vaccinated, which sets them apart from both Fayette County’s fully-vaccinated rate of just over 26 percent and even the state’s fully-vaccinated rate, which is  just a smidge above 50 percent. The district was able to navigate much on their own through the end of winter and moved from 4 days in-person to 5 days, before school ended late spring. Dr. Garrison said they had planned to operate in much the same manner this year.

“We aren’t in this to be defiant,” Supt. Garrison pointed out, a few days before the scheduled meeting with ISBE. “We believe in our plan, have evidence to show it was effective, and we want the chance to explain that to the state.”

Who is keeping track and what’s at stake?

The number of districts not following the mask-mandate has been shifting somewhat since the proclamation was issued. For example, on August 19th, it was 34 and on August 23rd, it was 50. “ISBE is responding to complaints from parents, educators, and community members,” according to spokeswoman Jackie Matthews. “ISBE first verifies the complaint through official documentation and/or confirmation from the school or district leader and gives the school or district the opportunity to come into compliance.” ISBE has created a link to the School Recognition Status Change Summary list of the affected schools, which is regularly updated here on their website.

There are many reasons, beyond legal ramifications and insurance impacts, why school districts want to be in compliance with ISBE. The state education agency works with the Regional Offices of Education to monitor school district compliance with School Code and other applicable statutes and rules, and assigns recognition status levels to schools and districts. Specifically, a public school that loses its recognition status faces a “total loss of access to state funding and the inability to participate in Illinois High School Association (IHSA) and Illinois Elementary School Association (IESA) sports subject to the regulations set by IHSA/IESA,” according to ISBE Spokeswoman Matthews.

In addition, the Illinois High School Association (IHSA) announced that student-athletes at Illinois public and private high schools that are not in compliance with Gov. Pritzker’s mask mandate will be prohibited from participating in playoff games this fall unless their school board comes into compliance.

IHSA Executive Director Craig Anderson explained the decision in a Chicago Tribune article, “Setting aside their own personal opinions, they were unanimous in the belief that the IHSA is a rule-driven organization that should continue to align with ISBE rules for the good of its membership.”

So, it was in the aftermath of these decisions that Dr. Garrison, who was awarded a Superintendent of Distinction for the Kaskaskia region in May 2021, and two Vandalia school board members had their meeting with ISBE. Garrison emphasized that one of her main goals for the meeting was to have their voice heard.

“I felt like they did listen, though they pointed out that the Executive Order is firm and without wiggle room,” Garrison summarized, sounding equal parts satisfied and discouraged. “I really hope they tell the Governor our story, though, and I think they will.” Garrison had little time to dwell on it as she needed to get her notes together for a board meeting the following day to see what direction they would take.

Meanwhile, in Durand -- a scenic town of 1,350 just west of Rockford, Ill. -- it was communication of a different sort that finally pushed that school district to move into compliance.

“Our decision had nothing to do with ISBE or Governor Pritzker,” said Annette DeYoung, Durand School Board President, after they voted to adopt the mask mandate. “It was other schools that said they wouldn’t compete with us -- not in Academic Bowls, choir, football, band. Nothing.”

Durand is the only school in Winnebago county and much of the surrounding area whose ISBE recognition is On Probation status.

“We had to do what is best for the children in this district -- we have kids looking for scholarships, kids who miss out on sports and activities, and it was very, very challenging,” DeYoung added. Many community members were not happy with the decision and wanted the district to wait and see how much time ISBE would grant for them to come into compliance.

“Our answer is simple -- the 500+ younger kids in our district might not be able to adapt quickly to a sudden shift in their routine if we were to wait and then be forced to comply,” was the response in a typed statement from the Durand School board that DeYoung shared. “Teachers already spend the first few weeks with these students, setting routines and expectations, and changing this later in the school year not only disrupts their routine, but also disrupts the learning process.” And, for the older students, the statement points to the older students unfairly missing out on sport and/or academic competitions.

A few days later, Illinois State Representative Andrew Chesney (R-Freeport), whose district includes Durand, proposed legislation that would let local school boards and health departments determine if students and staff should wear masks at school. Chesney’s HB 4131 reasons that local authorities are just as, if not more, capable of making decisions for local schools -- an idea that resonates with many who oppose the mask mandate.

Overwhelmed by pressure, but the fight for local control not over

Back in Vandalia, the first state capitol of Illinois before government business was moved to Springfield in 1839 and before Chicago was incorporated as a city, the community was preparing for the special meeting to decide what they were going to do. Vandalia is also where Abraham Lincoln started his political career, evidenced by the monuments to and mentions of the 16th President, whose pioneering spirit remains. But that didn’t make the decisions the Vandalia School Board faced last Thursday any easier to decide.

As expected, residents came to the meeting to share their opinions -- many urged the Board to continue to fight against the mandate, while others called for unity going forward. Ultimately, the School Board voted six (6) in favor of complying with the Governor’s mask mandate (with three of them asking that their yes vote be recorded as being cast under protest), and one (1) against.

According to a local news outlet, Dr. Garrison gave a statement as both an administrator and a parent, noting that she believed they were able to tell the story of their mitigation plan for the first time during their meeting with ISBE and she will continue to advocate. Still, the board was facing “On Probation” status by ISBE, plus the IHSA decision regarding post-season sports, and the district was notified that the local health department would not be able to work with them unless the district complied. Combined, these pressures proved to be too much.

Throughout Illinois, from river hamlets to railroad towns and major cities, schools and districts that want to retain ISBE Recognition will face similar pressures and may find them too much to overcome. But, as the school year goes on and this mandate is resolved, it is likely that the issue of mask-wearing and other COVID mitigations, along with the drive for greater local control, will remain front and center.