See who is getting COVID vaccines in Illinois so far 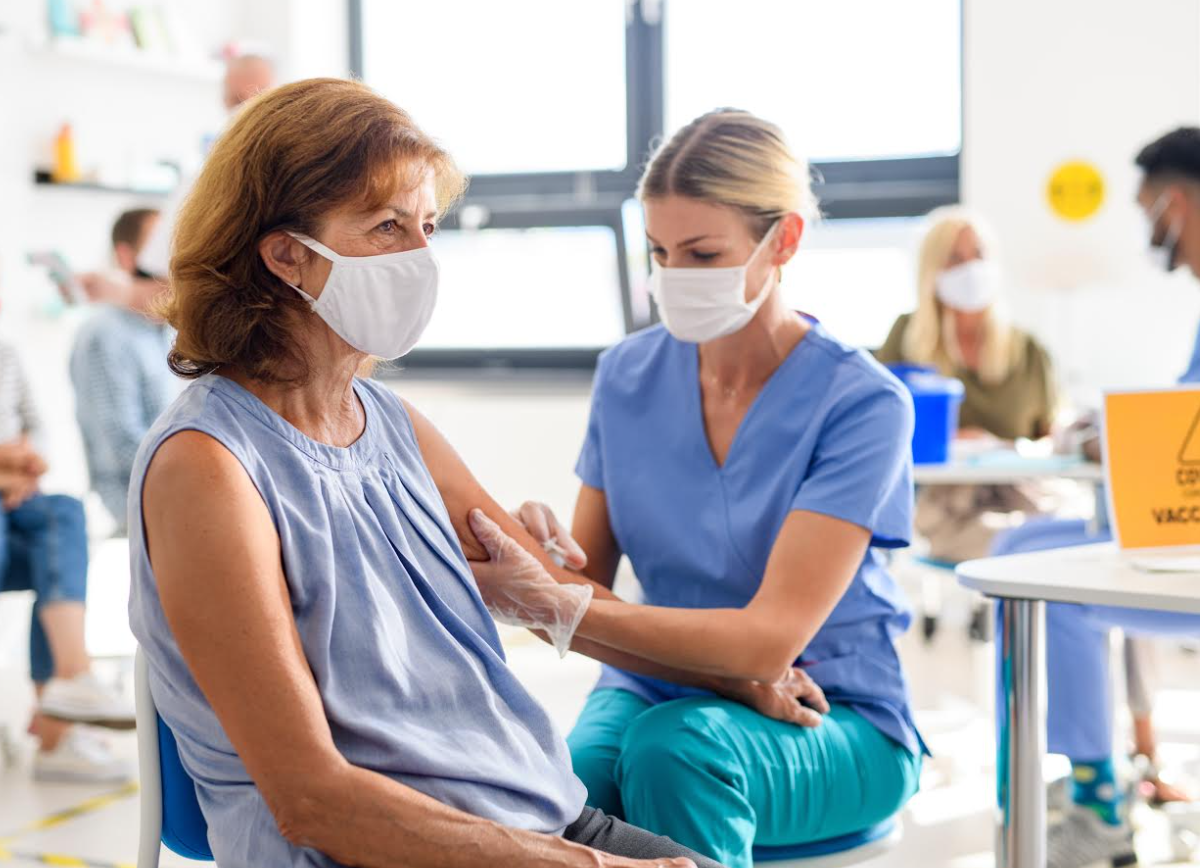 The number of people in Illinois receiving a dose of a COVID-19 vaccine has been climbing steadily for most of the last month, and 3.7 percent of the state’s population is now fully vaccinated.

But recently released state data shows that the people who have received vaccinations so far have been more white, more likely to be female and older than the state’s population as a whole.

‍
Nearly 63 percent of people in Illinois who have received the vaccine are female, according to the Illinois Department of Public Health. That is nearly identical to early national trends, where about twice as many women as men have received vaccines. That may be a reflection of who qualifies for the earliest doses, especially health care workers and older people. Three-quarters of all health care workers are women, according to the U.S. Census Bureau. And women, who tend to live longer than men, also make up 65 percent of nursing home residents nationally.

But the patterns in both Illinois and nationally show that members of ethnic and racial minority groups lag behind white residents in getting access to the vaccine.
‍

‍
The data underscores how difficult it will be for President Joe Biden and Illinois Gov. JB Pritzker to achieve their stated goals of ensuring that racial equity will guide their decisions in how to distribute the scarce vaccines.

‍
“Illinois has one of the strongest equity efforts of any large state in the country but we still have so much work to do, there’s no doubt, to ensure that people of color get vaccinated,” Pritzker told reporters recently.

‍
The governor has cited concerns about racial equity several times when announcing changes to the state’s vaccine distribution program.
‍
When older residents first got access to the vaccine, Pritzker set the age cut-off at 65 in Illinois, even though the federal government at the time recommended that the threshold be 75. Pritzker went with the lower age limit, because of data that showed that Black and Hispanic residents died at a younger age, on average, from COVID-19 than white patients.
‍
More recently, the Democratic governor moved to include residents with certain underlying medical conditions in the list of people eligible for COVID vaccines, even if they are under the age of 65. Pritzker said that move would make it easier for vulnerable people in minority communities to get the shots.
‍
In Chicago, though, officials announced Friday that nearly half of the residents who got their first vaccine doses in the last week were Black or Hispanic. The city of Chicago has also started to target 15 neighborhoods that have been hit hard by COVID-19 with vaccine blitzes. Anyone who lives in those neighborhoods – regardless of normal restrictions – will be eligible for shots.
‍
Meanwhile, both the state and federal governments have moved to get vaccines to federally supported health centers and to set up vaccine clinics in areas with fewer health facilities. Both efforts are designed, at least in part, to help counter the racial disparities within the existing health system.
‍
But Black and Hispanic residents are still underrepresented among the Illinoisans who have received vaccines so far.

When it comes to age, people who are 65 years old or older have accounted for 40 percent of the people in the state who have received the vaccine. They make up 16 percent of Illinois’ population.

‍
Of course, Illinois like other states has specifically made vaccinating older residents one of its top priorities as it distributes the vaccine. Since January, Illinois has offered vaccines to residents who are 65 and older, as well as to health care and other “front line” workers.
‍
Still, that means that 60 percent of the people in Illinois who have received COVID-19 vaccines have been between the ages of 16 and 64. (None of the vaccines available have been approved for use in children under the age of 16 yet.)

The number of vaccines given out in Illinois every day has been increasing for the last month. The state went from administering 29,000 doses a day in mid-January to a peak of 95,375 given out on Feb. 11. The daily doses dipped in recent days, during a four-day weekend and winter weather that kept people in their homes around much of the state.

‍
The vaccine roll-outs, though, have also varied widely by geography.

‍
Peoria County, for example, has vaccinated 79 percent of its population of people 65 years or older, the highest in the state. Alexander County, at the southern tip of the state, had only given vaccines to 9 percent of residents in that age group.