Pritzker Expands Access to Next Round of Vaccines to More Seniors 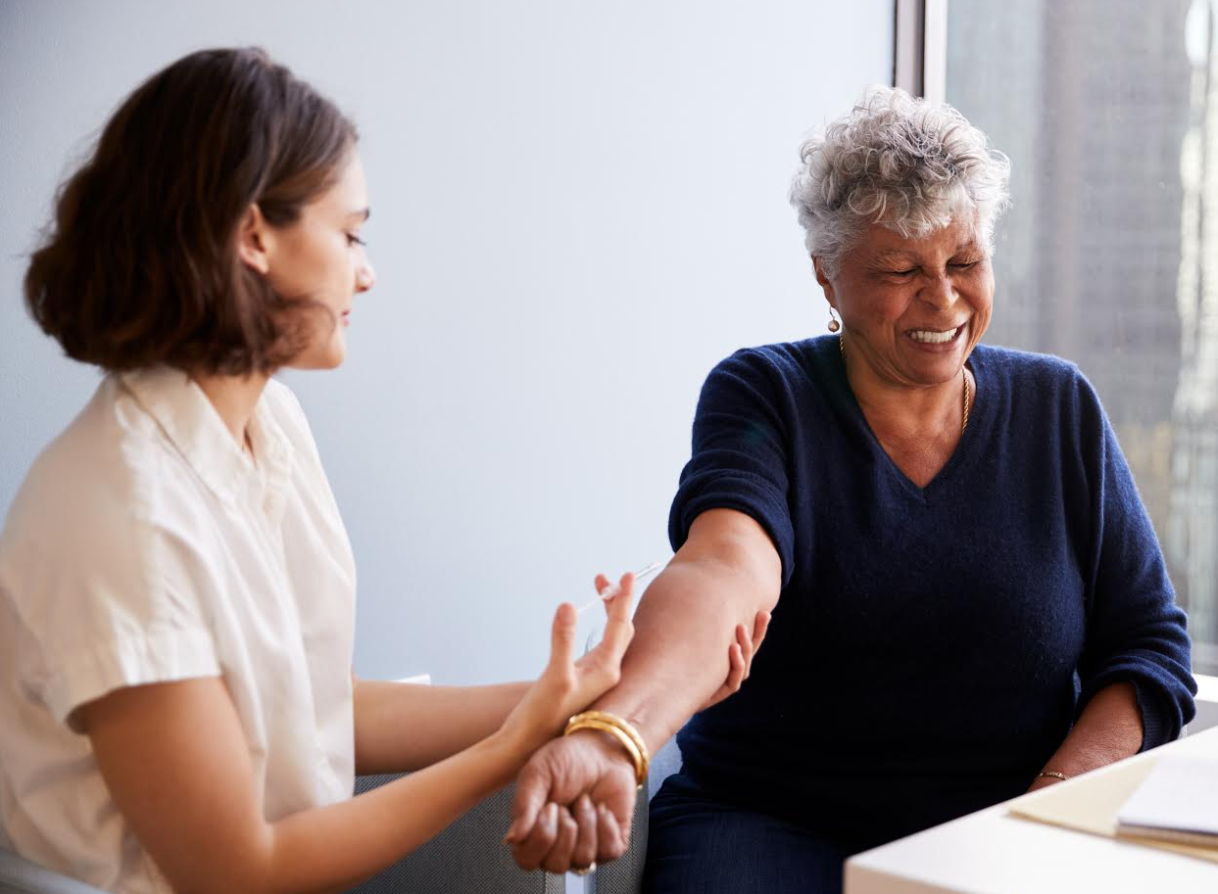 Illinoisans who are 65 years old or older won’t have to wait as long as originally planned before they can get access to COVID-19 vaccines, Gov. JB Pritzker announced Wednesday.

He said the older residents, along with many essential workers, should start getting shots as vaccines become more widely available in the coming weeks.

The decision marks a change in policy and a break from federal guidelines issued by the Centers for Disease Control and Prevention, which suggested that the second wave of vaccinations should go to essential workers and residents over 75 years old. The governor’s move essentially allows people between 65 and 75 to move up in line.

The problem with the CDC guidelines, Pritzker said, is that they did not address racial disparities in COVID-19 deaths in Illinois, because of the lack of health care and other factors that put Black and Hispanic Illinoisans at increased risk of dying from the disease.

“I believe our exit plan for this pandemic must, on balance, overcome the structural inequalities that have allowed COVID-19 to rage through our most vulnerable communities. Lowering our minimum age for vaccinations in [the next phase] is one critical component in addressing that,” the governor said.

Pritzker’s announcement comes as governors in other states have also placed a higher priority on older adults getting vaccines. But those states have taken varying approaches. Florida, with a large retiree population, for example, let people who are 65 or older qualify for the vaccine almost immediately.

In Illinois, though, Pritzker is allowing residents in that age bracket to get vaccines only after “Illinois makes substantial progress” delivering vaccines to health care workers and people in long-term care facilities, according to the governor’s office.

The next phase would start once “federal vaccine deliveries increase.” The governor said that would be in a few weeks.

Adding the new group of seniors would bring the number of Illinoisans who qualify for the next round of vaccines to 3.2 million people -- 1.3 million people who qualify as “frontline essential workers” and 1.9 million adults over the age of 65.

The governor’s office noted that many of the essential workers included in the next vaccination group are at a higher risk of contracting COVID-19 because of the nature of their work, the fact that they cannot work from home and the fact that many do not work in areas where physical distancing is possible. Communities of color are disproportionately represented in many of these situations, Pritzker’s office noted.

The governor said the “biggest hold up” for the next wave of people getting their shots is the short supply of vaccine available.

But Pritzker said he anticipated that the number of available doses would start increasing soon. The governor said the incoming administration of President-elect Joe Biden would likely invoke the Defense Production Act, which gives the federal government special powers to support the military or protect homeland security, to speed up production of vaccines. Meanwhile, two additional vaccine manufacturers – Johnson & Johnson and AstraZeneca – could get FDA emergency approval to distribute their vaccines by late January or early February, which would make vaccines from four companies available to U.S. residents.

Once the vaccine is available, the governor said he would use “every available state resource -- a massive infrastructure and logistics effort – to get this vaccine out to as many people as possible as quickly as possible.”

“Our goal is to expand vaccination infrastructure right now … especially in communities that have been disproportionately impacted, to move these vaccines through our state at an even faster pace,” he said.

The governor did not give many firm details, but said that those efforts could include mass-inoculation sites at sports stadiums or specially designed events for first responders such as teachers.

Illinois has received more than 542,000 doses of COVID-19 vaccine, according to the CDC. So far, though, only 190,000 people in Illinois have received their first shot.

Part of the reason for the disparity, Pritzker said, was that the CDC tracked delivery of the vaccine immediately, but that vaccinations could take as long as three days to get entered into the system. The number of doses shipped to Illinois have been increasing at a faster pace than the number of patients receiving them in recent days, though. The governor’s office did not immediately provide an explanation for reporting the lag.