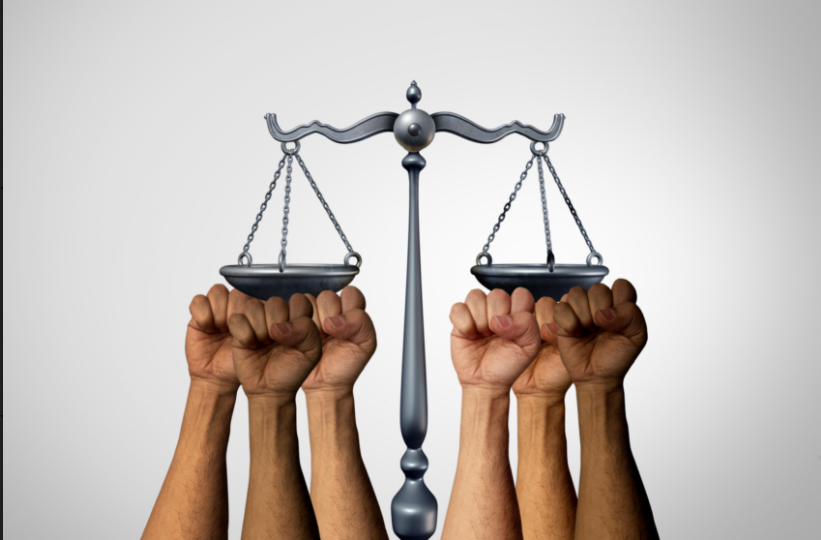 Race and ethnicity are dominating the wrangling over redistricting at the Illinois Capitol and City Hall, but those factors are playing out differently inside each building.

The Chicago City Council clashed behind closed doors and out in public last week, failing to reach agreement on new ward boundaries before a soft Dec. 1 deadline. Talks will continue into next year as aldermen try to avoid leaving it up to voters to pick a map next summer. The dispute boils down to how many majority-Black and majority-Latino wards there will be. It’s an old-fashioned political scrap between a group that’s seen its city population on the wane for 20 years and another that’s seen its population --- and council numbers --- on the rise for even longer.

In Springfield, the fight isn’t between racial and ethnic groups but political parties. There’s already a map, but it’s being challenged in federal court. Republicans are trying to leverage the promise of more Latino-majority districts in an attempt to reopen the mapmaking process. Democrats say the lines they drew pass legal muster and that Republicans don’t really care about more Latino districts and are just seeking to make tweaks to the map for their own political benefit.

“Generally speaking, redistricting is the purest form of political competition. The only thing that matters is power to the people involved. They want to make it so their party is most advantaged,” said Christopher Mooney, a political science professor at the University of Illinois at Chicago. “I don’t know what these people are thinking in their heart of hearts, but historically, these are just cynical moves that are done strictly for political gain. Democrats would do the same thing if it wasthe other way."

At stake for politicians is a measure of influence when it comes to working on issue agendas or dividing up pork-barrel projects. In Springfield, the Black Caucus has had success over the years sticking together at budget time, negotiating with the governor and legislative leaders and bringing money back home. More recently, the group led passage of its “Four Pillars” agenda centered on criminal justice reform, education, health care and the economy. For voters, the way the map lines are drawn affects the candidates they have to choose from at election time.

“It matters to Illinoisans because redistricting, on the margins, can have an influence on who gets elected,” said Mooney, who also does research at the University of Illinois Institute of Government and Public Affairs. “And politics is a game of margins. Look at what’s going on in D.C. Things are on a razor’s edge. You can have an impact on representation in terms of public policy.”

State lawsuit
The once-a-decade, post-Census ritual of deciding the shape of House and Senate districts is always an inside baseball process impenetrable to a public that often doesn’t know who their lawmakers are. At least the room where it happens is no longer smoke-filled ---- the Illinois Senate banned smoking in 2005.

Census results were late this time, but that didn’t stop Democrats from pushing through a map at the end of spring session using estimated population figures. The calculation was that it was better to have a map in place that could be adjusted later rather than miss a deadline and potentially grant Republicans a seat at the table.

Republicans, the Mexican-American Legal Defense and Education Fund (MALDEF) and the East St. Louis NAACP chapter each sued to toss out the initial map. Eventually, the actual census numbers were released later in the summer, and Democrats approved a revised map that Gov. J.B. Pritzker signed into law in late September. Black and Latino lawmakers voted in favor of the Democratic map.

The same opposition groups say the new version of the map remains unconstitutional, and federal judges have allowed them to make their arguments. In November legal filings, they submitted tweaks to the latest Democrat-drawn map.

“We submitted a proposal that fixes specific constitutional problems with the current map that had only served to keep entrenched incumbents in power,” said Republican Sen. Jason Barickman of Bloomington in a statement. Democrats “had only one thing in mind when drawing their map – protecting politicians at the expense of the people of Illinois.”

Republicans and MALDEF stated in court filings that the new Democratic map actually reduced the number of majority-Latino House districts from five to four and Senate districts from three to two. A group pushing for more majority-Black districts argued the new map reduced the number from six Senate districts in June to four. But a district doesn’t need to be majority-minority to elect a Black or Latino lawmaker. For example, the Illinois Senate has six Latino members and the House has 11 Latino members. The Senate has 12 Black members, including some recently appointed.

Democrats filed their legal response before Thanksgiving, arguing that the GOP changes would pack Latino incumbents into districts against each other. Democratic lawyers also contended the proposed alterations to the map primarily were made to improve Republican chances to win in suburban districts.

In addition, Democrats stated that Republicans don'tmeet the legal threshold required to toss out the map. The new map “protects minority voting strength and provides Hispanic and Black voters more than an equal opportunity to elect candidates of their choice. The three Plaintiffs have failed to provide evidence to support otherwise and have not demonstrated that the September Redistricting Plan violates the Voting Rights Act or the U.S. Constitution.”

Should the judges “find it necessary to amend the September plan,” Democrats wrote, the court should hand the map back over to the General Assemblyfor additional adjustments.

Attorneys are scheduled to present their arguments in court on Tuesday, Dec. 7. Republican lawyers suggested the judges skip that step and instead rely on the hundreds of pages of documents filed by both sides, while Democratic lawyers said a hearing is still needed.

For Democrats, the goals are to keep the map they drew and avoid a federal court ruling that agrees with Republican contentionthat Democrats unfairly shorted the number of majority-minority districts.

Democrats got such a tongue-lashing during the redistricting tumult that followed the 1980 Census. Control of state government was split, and Republicans who held the House and governor’s mansion failed to cut a deal with Democrats who controlled the Senate. The reapportionment debate featured a fist fight between two senators and a melee in the House that required security guards to intervene.

In the end, a tiebreaking name was drawn out of an old Abraham Lincoln hat, and Democrats controlled the panel that drew the map, which ended up in court. Federal judges ruled Democrats had intentionally diluted Black voting strength in some districts to save white lawmakers’ political chances. The Democrat-drawn map, a judge wrote, “can only be construed as exercises in purposeful discrimination.”

After that public embarrassment, adjustments were made and a map emerged that led to the election of a new Democratic House speaker who was influential in drawing the much-criticized map --- Michael J. Madigan.

The two groups ratcheted up the rhetoric early last week before pulling back on Wednesday, which was the soft deadline to avoid sending competing maps to a referendum next June. Neither group has the 41 votes required to approve a map and avoid a referendum. On Thursday, Latino aldermen filed to put their version of a map on the ballot should no deal be reached. Ald. Silvana Tabares, 23rd, told reporters the group is not closing the door to negotiations, but the process has to be fair.

Ald. Jason Ervin, chair of the Black Caucus, noted there’s still time to negotiate because aldermen have until May to put together enough council votes to approve a map without a referendum.

The state of play is a repeat of a decade ago, when the initial deadline came and went and a deal was struck in January 2012. The architect of that compromise, then-33rd Ward Ald. Richard Mell, retired in 2013, however. Mayor Lori Lightfoot tried to mediate, but has stepped back for now.

The Black Caucus-supported map also would create the first-ever majority-Asian ward centered on Chinatown and stretching into Bridgeport. Ald. Patrick Daley-Thompson, 11th, who is under indictment, opposes that plan. The map removes white-majority portions of Ald. Ed Burke’s current 14th Ward around Midway Airport after Lightfoot objected to an earlier version that would have protected her foe, who is under federal indictment.

Past ethnic redistricting squabbles over ward boundaries in Chicago
The Black-Latino political battles of 2021 and 2011 replaced the previous longtime dynamic of Black aldermen calling for more seats and white aldermen trying to hold onto power.

In 2001, Mell struck a deal that added four majority-Latino wards and kept 20 majority-Black wards. Before that, though, the remap went to a referendum in 1991 in the wake of the Council Wars era and election of Richard M. Daley as mayor.

And in 1971, independent white aldermen and the Rev. Jesse Jackson sued over then-Mayor Richard J. Daley’s map. Ald. Tom Keane, a top Daley ally, testified that he “was not familiar with the racial complexities of Chicago” as he denied race played a factor in how he drew up map lines. Opponents guffawed at that notion, and under the eventual new boundaries, 14 Black aldermen were elected, up from 10 under the previous map.

Beyond the dueling maps backed by Black and Latino aldermen, a reform group made up of CHANGE Illinois and allies has proposed an independently drawn map, arguing that “our representatives shouldn’t choose their voters.” The effort needs 10 aldermen to band together and put it on the referendum ballot. In Chicago, a city that famously ain’t ready for reform and where political self-preservation usually comes first, there has not been a mad rush of aldermen publicly signing on, though hints of an alliance with the Latino Caucus have surfaced.

Expect remap talks to continue for months at City Hall, where there is no inspiration like an actual deadline.

“It’s kind of a game of chicken like so many of these kinds of (negotiations) are. They bluster and yell and then when it comes down to the deadline, they really start sorting out who thinks they can win,” said UIC’s Mooney. “Probably what’s going to happen is it’ll be at the last minute, there will be a lot of gnashing of teeth and there will be a compromise.”