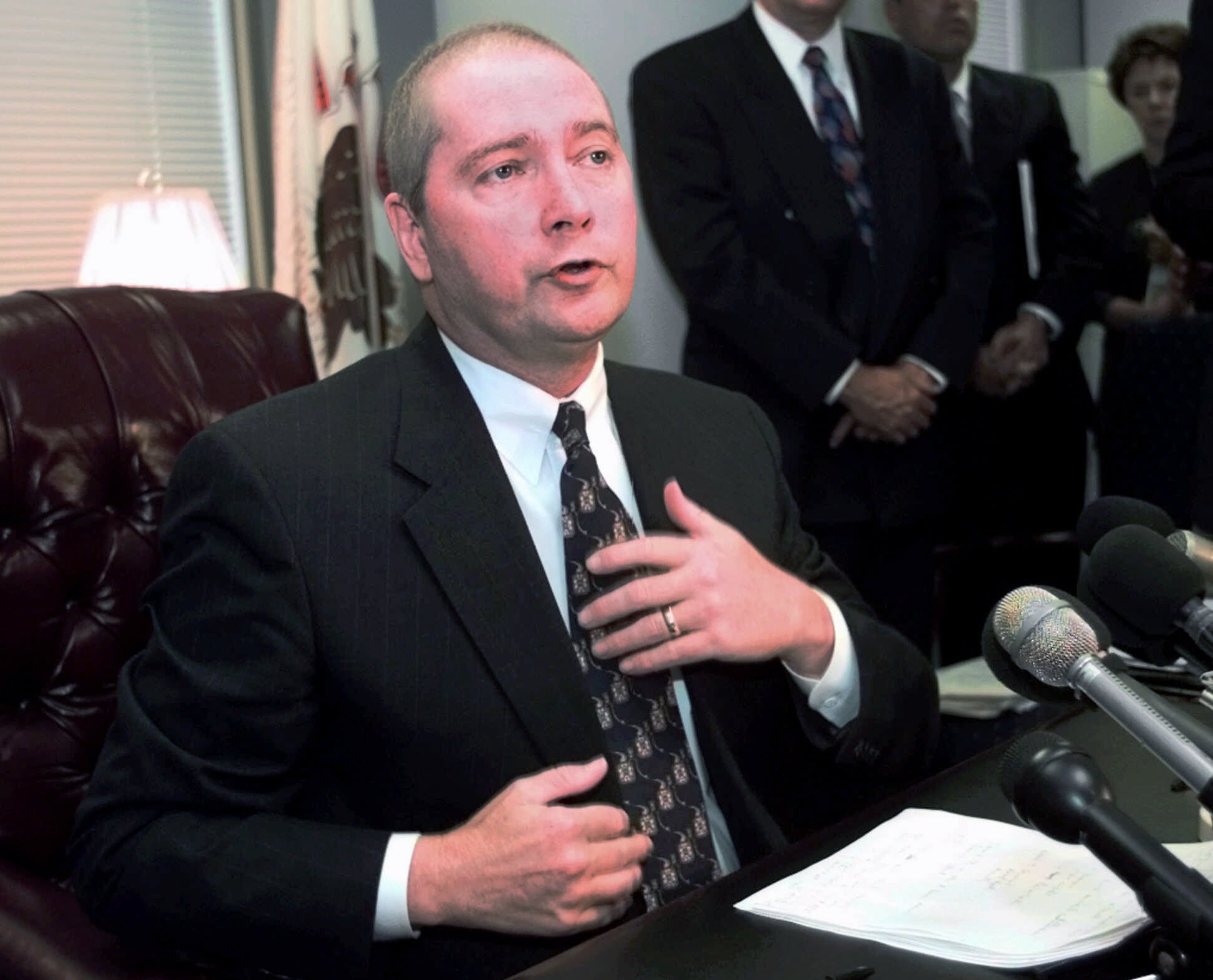 Years ago, while I was interviewing Republican Attorney General Jim Ryan for a TV news story, we began chatting off-camera about how where you are raised shapes your politics.

“If you had grown up in Chicago, I could see you being a Democrat,” I told him.

Ryan let out a belly laugh and replied, “If I had grown up there, I probably would have been!”

How many Republicans would admit that in today’s hostile and hyper-partisan political environment?

‍My observation wasn’t just an idle comment. Ryan had the low-key manner of a middle-class guy who worked hard and stayed humble despite his political success. And he made the middle of the road his personal political highway.

“Jim Ryan was a serious guy who did not take himself seriously,” said DuPage County Chairman Dan Cronin, a Republican who formerly served in the Illinois House and Senate. “He was soft-spoken but tough. He had appeal on both sides of the aisle. Democrats and Republicans alike admired and respected him.”

Ryan, who twice ran unsuccessfully for governor, died earlier this month at age 76. Ryan’s death, as well as the passing of four-time Republican Gov. Jim Thompson two years ago, is a stark reminder that moderate Republicans are an all-but endangered species in Illinois.

Ushered in by Thompson, Republican governors in the era gave the impression of being honest, pragmatic and non-ideological, efficient managers who “made the trains run on time.” That image suffered a crushing blow with former Gov. George Ryan’s corruption conviction. Then, Gov. Bruce Rauner further tarnished that image during his battles with labor unions and House Speaker Mike Madigan, which produced two years with a mountain of unpaid bills and no budgets.

“The passing of Jim Ryan and Jim Thompson is a bittersweet reminder that the Illinois Republican Party controlled the governor’s office for more than 20 years, and in the 1990s won every single statewide office,” said Regional Transportation Authority Chairman Kirk Dillard, who served as Gov. Jim Edgar’s chief of staff and as a Republican state senator for 21 years.

“That was before the era of Trump, as well as an ever-increasing regionalism with downstate and suburban Republicans thinking differently on key issues,” Dillard added.

What a difference three decades makes. Today, Democrats control every statewide elected office including the big one, the governor’s chair.

‍Jim Ryan was born in Chicago and raised in Villa Park. He graduated from the Illinois Benedictine College and earned a law degree from Chicago-Kent College of Law. Ryan joined the DuPage County State's Attorney's office in 1971 and rose in politics at a time when that county’s Republican organization mirrored the effectiveness of Cook County’s Democratic machine. Ryan was elected DuPage County State’s Attorney in 1984, and re-elected in 1988, and 1992. He won the attorney general’s office in 1994 and was re-elected in 1998.

Both as states attorney and attorney general, Ryan was an innovator who looked for and embraced new approaches to solve problems. “As states attorney, he created this new prosecution unit, the Violence to Children Task Force, with specially trained investigators and psychologists and people who were really skillful and knowledgeable about how to approachthe child victim of a crime,” said Cronin. “That was revolutionary at the time, one of his most significant accomplishments and that legacy is very much alive today.”

“On many matters, Jim was way ahead of his time,” said Dillard, recalling how Ryan met with him and then-state senator Barack Obama to craft a bill requiring police to record the race of drivers stopped for traffic violations.

“We put together the state’s first comprehensive program on racial profile training for law enforcement. Jim thought it would vindicate most law enforcement folks and they didn’t have to fear keeping statistics. This was 27 years ago, long before George Floyd.”

‍“It’s not like he talked about that a lot but he didn’t shy away from it, either. Today if you ran and said you’re a devout Catholic and pro-life you would have a very difficult time getting elected because it’s seen as such a defining issue. Back then, there was more respect for that position. People looked to him as someone reasonable and moderate, yet somebody who was making a difference. And he was,” said Milner.

Twice, Ryan reached for the governor's mansion and failed. He lost in 2002 to Democrat Rod Blagojevich, as confusion reigned in voters’ minds between him and soon-to-be-indicted outgoing Governor George Ryan.

“George Ryan’s name had been tarnished by corruption charges and political operatives for other candidates played Jim Ryan up like he’s the same guy,” said Milner. “People get confused when they go into the voting booth and they’re like, ‘Oh My God, I’m not going to vote for him again. And they were successful in that.”

Ryan’s honesty and refusal to compromise on his beliefs ticked off some GOP heavy hitters who quietly raised money behind the scenes for Blagojevich. In 2010, Ryan ran again for governor but finished fourth in a seven man scramble for the GOP nomination. In that wild primary, State Sen. Bill Brady of Bloomington beat second-place finisher Dillard by just 193 votes.

The big question: Have Jim Ryan’s moderate politics gone out of style in today’s GOP?

“I’d have to say yes,” said Cronin “Both parties are more and more led by and influenced by the more extreme elements. “I’ve witnessed it. I’ve lived it. People have accused me of being a ‘RINO’ from time to time. I’ve always thought the approach to bring people together, as being an example of good government and accomplishing things would work. But there’s just suchhostility nowadays. Everybody’s mad at each other on both sides of the spectrum. And if you don’t fuel that you’re not promoting yourself.”

That also tells a lot about why Aurora Mayor Richard Irvin, running as a moderate with $50 million in campaign funding from billionaire Ken Griffin, is behind conservative State Sen. Darren Bailey, a Trump supporter, in several polls.

“It’s tough to unify the Republican Party in the Land of Lincoln and the land of Ronald Reagan, which is sad,” said Dillard. “The Republican Party will have an easier time uniting post Donald Trump. He exacerbates the divide between Chicago and downstate Illinois. But that divide is real. Downstate views Chicago as problematic.”