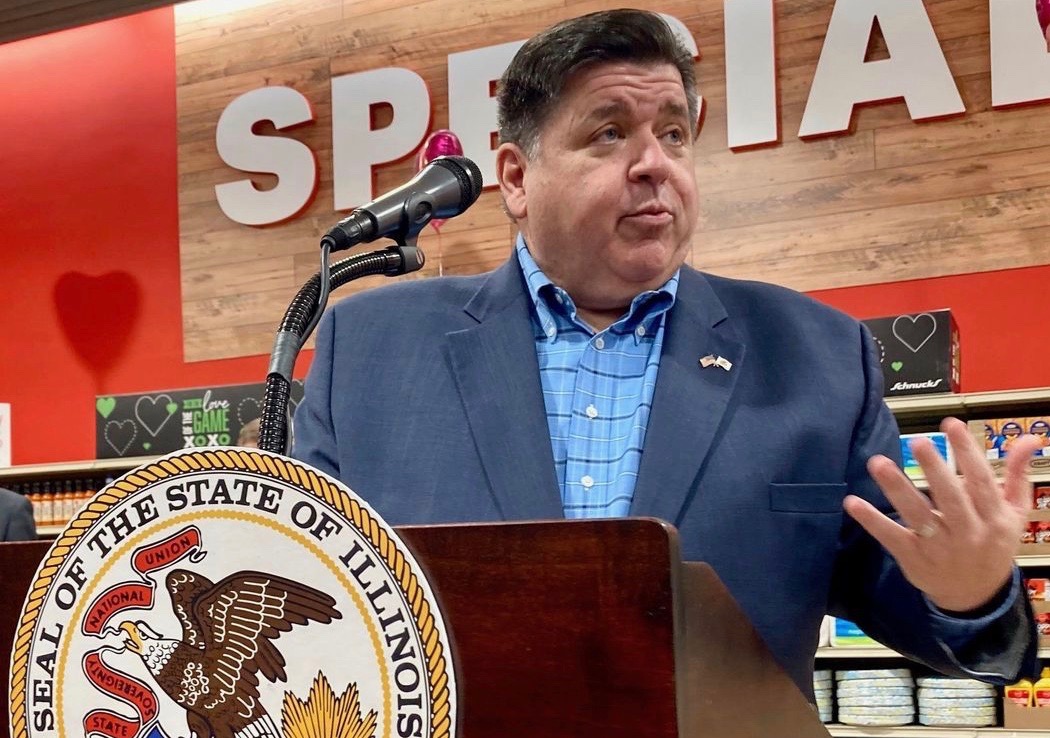 In Illinois, the state with more units of government than any in the nation and a concurrent overload of elected officials, there may be no more obscure post filled by voters than state central committeeman.

For one thing, it’s a political party position – not a government office. It pays nothing, except for prestige and there’s precious little of that. But its members do have one headline duty: to elect the chairman of the party.

After former Illinois House Speaker Michael Madigan stepped down as party chair following indictments on federal corruption charges, there was a leadership vacuum among Illinois Democrats for the first time in decades. With the support of Sen. Dick Durbin, Rep. Robin Kelly won the job and wants to keep it.

Gov. Pritzker backed Chicago Ald. Michele Harris for the post, but failed to rustle up enough votes to elect her.

“The rationale that Pritzker gives is a philosophical difference about how money can be raised by the chairman,” said Chris Mooney, an expert on state politics at University of Illinois at Chicago. “Kelly’s a sitting congressperson and under federal rules on fundraising, she can only fundraise for federal candidates. Pritzker wants somebody in there who doesn’t have these restrictions.”

As a workaround, the party created a separate committee to handle local races. Kelly’s supporters say it’s worked out well.

Gov. Pritzker, however, was clearly not satisfied. In the June election primary, Pritzker opened up his moneybag and spent over $300,000 to back six candidates for the central committee – candidates who would support his choice for chair. It was an unprecedented infusion of cash and clout into obscure, deep-in-the-weeds political races that rank as inside baseball even for insiders.

The outpouring of dollars produced a mixed result. Only three of the candidates Pritzker backed prevailed.

Under the rules, Democrats elect two state central committee members – one male and one female from each Illinois congressional district. The most curious result came in the 10th Congressional District, perhaps the most closely watched of all these little watched races.

Bush has been an active voice in Springfield defending access to abortion and fighting for resources to battle opiod addiction. Gash, who at one time was one of the few Democrats to hold public office in Lake County, has been instrumental in helping to turn a once solid Republican county into a stronghold for Democrats.

Hal Sloan, a member of the Grayslake Board of education and chair of Avon Township Democrats, also ran for state committeeman in the 10th District with the help of $55,000 from Gov. Pritzker. He lost his race to Thomas Maillard, a former Waukegan mayoral aide.

Sloan said Pritzker’s donation was the key to entry into the race. “If I didn’t have that, I wouldn’t have run. I really had no financial resources of my own,” Sloan told me. “My connection to the governor was through Sen. Bush and she recommended me to the governor. We’ve known each other for over ten years and she thought I would fit in well with the group on the Central Committee.”

Sloan said Pritzker never directly asked him to support Pritzker’s choice for party chair. “It never came up. He never asked. He never said who he was thinking about having run for chair. But my first inclination would be to support his candidate unless there was an overwhelming reason not to,” said Sloan.

Daniels said she was surprised that Pritzker funded a candidate against her. “I was absolutely surprised. Maybe I shouldn’t have been but I was. Liz didn’t file until the last minute, Monday at 5pm so I thought I didn’t have an opponent.”

As Adams County Democratic chair, Daniels said, “I learned there really wasn’t much of a party structure. Not really much communication. I really didn’t know what the state party was doing. But when Robin (Kelly) took over, she developed a communications committee. Now I get regular emails that I can share with people down here. And they’re not just communicating to us. We’re also communicating with them.”

“I won because I made two unsuccessful runs for state senate and had knocked on over 3,000 doors, so people knew me. This is a perfect position for me, not holding political office but growing the party,” said Benson.

She said Pritzker’s campaign donations were “a new direction because these are really off-the-radar positions. It hadn’t been done since I’ve been involved. But anybody has a right to donate to any individual they feel is worthy,” said Benson.

Benson is fully prepared to vote to retain Kelly as party chair. “The changes that have come to the party in the last year I feel are good changes. Hiring professionals to staff the office, having an audit. And not having all eggs in one basket. Helping other counties in the state is important,” said Benson. “Yes, we have Chicago and the suburbs but I’ve enjoyed the recognition that we have downstate and in far southern Illinois,” too.

Daniels is also voting for Kelly: “I’m pretty sure I’m going to support Robin because I think she’s done really good work. I don’t see any reason why we should switch at this point but I guess I’m always open to hearing from someone else. But at this point I don’t see an urgent need to change,” she said.

“My job is to represent the district on the state committee and I feel like Robin will listen. I definitely do,” said Daniels. “Before I ran she came down to Quincy and talked to lots of people in my community. And that was important to have her come and be seen and recognize there are Democrats outside Springfield and Chicago.”

Pritzker’s involvement in the state central committee races undoubtedly rubbed some in the party the wrong way, but they’re not shouting about it, only whispering.

“It’s one thing if he was going to have a big battle about it. It’s usually all upfront and it can be acrimonious like a family fight,” said Mooney. “But in this case, I don’t hear ‘Oh, I hate Robin’ or ‘Pritzker’s a jerk.’ They’re all very pleasant to each other, at least on the surface.”

At this point the biggest question is, “What will JB do?” Pritzker hasn’t said if he’ll back another candidate or throw his support behind Kelly.

One thing is clear. Freed from the ironclad grip of Mike Madigan, Illinois Democrats don’t want a structure that comes close to concentrating power in the hands of any single individual again.