Is Illinois Prepared for Vote-By-Mail? 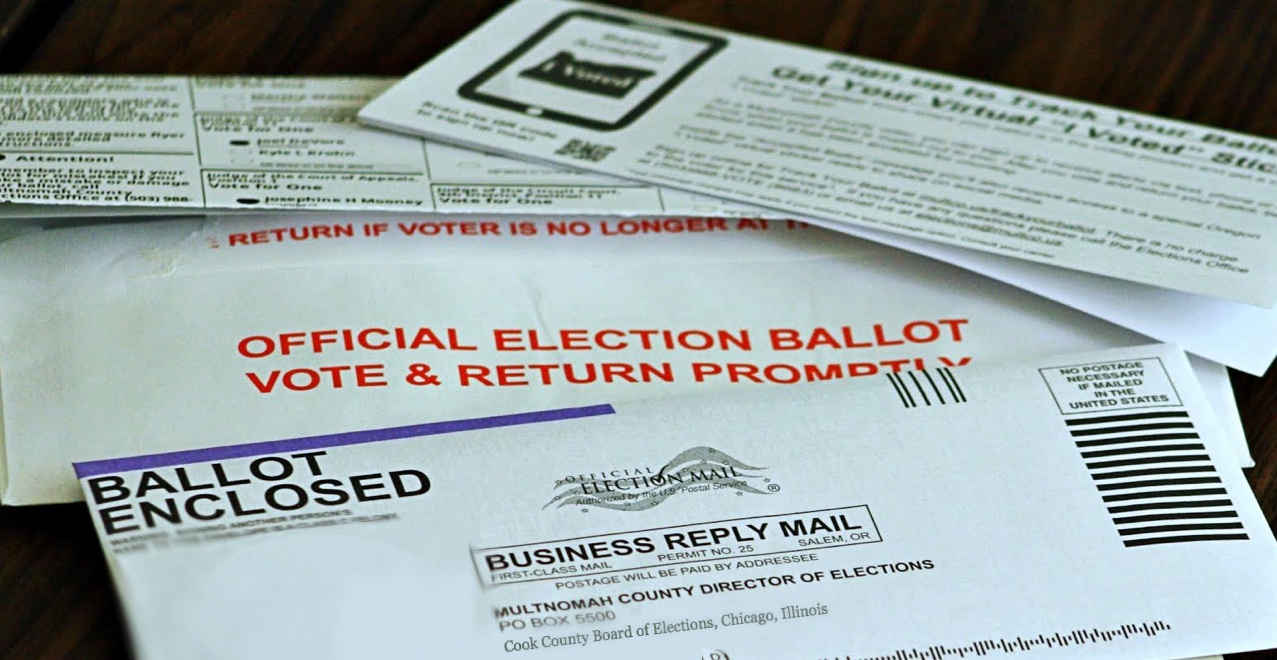 The local officials in charge of running elections in Illinois have had to scramble to get ready for an anticipated surge in mail-in ballots this November, but they say they are in relatively good shape as they prepare for a presidential election allowing most Illinois voters to cast their ballots from home.

“We’re just being more proactive this year and telling people to vote as soon as you can. Everybody’s entitled to take as much time as they need to make up their mind, but they should also know that there are challenges in delivering things,” said John Mirkovic, a spokesman for the Cook County clerk’s office, which oversees voting in the suburban areas of the county.

“It’s tough in Illinois, because a lot of headlines are dealing with federal things or with states that don’t have as robust a system as Illinois,” Mirkovic said. “Misinformation is unfortunately the most dangerous thing, because it can cause people to stay home. So we’re trying to be a trustworthy source of information.”

Of course, local elections agencies in Illinois are spooling up their operations to get ready for widespread voting by mail. It’s reassuring to know that Illinois’ elections agencies already have some experience with mail-in ballots, and Illinois laws make it easier for officials to tabulate results than laws in other states.

For example, elections agencies can start to process mail-in ballots before Election Day, which their counterparts in Michigan and Wisconsin cannot. Pulling ballots out of envelopes and checking signatures on the ballot against county records ahead of time can save election authorities a lot of time on Election Night.

A major shift in how we vote

Voting by mail had already been growing in popularity before the coronavirus pandemic: It allows people to weigh in on elections without having to stand in line at a local polling place at times when they’re usually at work. But the Covid-19 outbreak is spurring more voters to use mail-in ballots, to avoid the possibility of getting the disease at a polling place or simply to avoid long lines at polling places when election judges are harder to find. A third of Illinois voters in the 2020 Primary voted by mail.

Since the March Primary, Illinois lawmakers passed a law to make it easier for voters to submit their ballots through the mail. The law required elections authorities to send ballot applications to all Illinoisans who voted in three recent elections. Those voters still have to request the ballot, but automatically delivering the application removes one step from the process.

Many jurisdictions offer voters the option of applying for a mail-in ballot online. In fact, officials in Cook County and DuPage County are encouraging voters to request their ballots online, rather than using the mail. “It is actually better for the voter because they can receive a secure and individualized URL that they can use to find out where their ballot is in the process,” Mirkovic said.

All 617,000 registered voters in DuPage County – not just people who voted in one of the three recent elections, as required by state law – will get a mail-in ballot application, said Adam Johnson, the chief deputy county clerk there.

In addition to formal government outreach, many outside groups are trying to encourage people to request a ballot as well. In some places outside of Illinois, that has created confusion, because the outside groups provided the wrong information about where to send the application. That’s one reason why election officials encourage the public to check with official government sources of information.

“There’s nothing we can do to prevent those mailings being sent to voters,” Johnson said. Even if voters submit more than one application, there are safeguards in place to handle duplicate submissions, he said. “There is no cause for concern. [Voters] are only going to receive one ballot.”

Election authorities won’t send out mail-in ballots in Illinois until late September, but they already know that the number of voters who intend to use that option is well beyond anything they’ve seen in the past.

In Ogle County, a rural area in northwestern Illinois, the clerk’s office has already received 4,000 applications for mail-in votes by late August, compared to roughly 750 two years ago, said County Clerk Laura Cook. The county hired extra staff to do data entry and process the ballot applications, she said.

“We’re verifying the signatures, phone numbers and emails when they come back to us,” Cook said. A bipartisan panel of three election judges decides whether each ballot is valid. But if they run into any problems, Cook said, “we can contact the voter right away.”

The county has also ordered two new ballot printers, an envelope opener and a ballot folder. State grants have covered 92 percent of the cost for the new equipment, with the county having to provide the remaining 8 percent. Cook said she plans to ask the county to cover the cost of return postage for the ballots, too.

With mounting concerns about the reliability of the postal service, Cook said she plans to install a ballot drop box at the courthouse in Oregon, Ill.

“They’re all worried that [their ballots] are not going to get here in time,” she said of the county’s residents. “A lot of people don’t want to do it through the postal service. If they don’t want to come in person to drop it off – which is another option – they can use the drop box.”

Cook County, for example, has already received 150,000 ballot applications. Each ballot is custom printed to match a voter’s precinct and one of 12 languages that the county prints ballots in. But the clerk’s office has worked to improve the ballot packet it sends to voters and the process for producing them.

“We automated the creation and stuffing of these, so a human hand doesn’t have to touch the ballot packages,” Mirkovic said. “Not only is it cheaper for the taxpayer, it’s more efficient, as well.”

Election officials also put several systems in place to make sure that voters don’t cast more than one ballot.

“Even trying to vote more than once is a felony,” said Lance Gough, executive director of the Chicago Board of Elections. “Such attempts are very detectable, preventable and correctible thanks to the use of real-time systems and electronic poll books that help us track every voter’s participation.”

The expected increase in mail-in ballots presents another wrinkle in the normal Election Night process: it could result in delays in election results being reported.

But Illinois, unlike several other states, allows election authorities to start processing mail-in ballots before the day of the election. That, in effect, gives them a head start so that results from mail-in ballots can be reported alongside results from the in-person voting.

In Chicago, for example, the board of elections will start feeding ballots through the tabulators 15 days before Election Day, but, Gough noted, “there will be no tallies or reports internally or publicly.” It’s a similar process for how the board processes ballots from in-person voting sites, he added. Any mailed-in votes received by Election Day will be included in the vote tallies the board publishes that night.

Illinois, though, allows mail-in ballots that are postmarked by Election Day to be counted as long as they make it to the election offices within two weeks of Election Day. That means authorities will update vote totals as long as those ballots keep coming in.

Under Illinois law, voters can request mail-in ballots up to five days before Election Day, a period that many national elections experts warn is too close to Election Day. Even before the problems with the Post Office started this summer, five days is not a lot of time for a ballot to get to a voter and for the voter to get it into the mail.

Election authorities in Illinois are trying to convince voters to request their mail-in ballots as soon as they can. “Just because you have the right to do something,” Mirkovic said, “doesn’t mean it’s the right idea.”