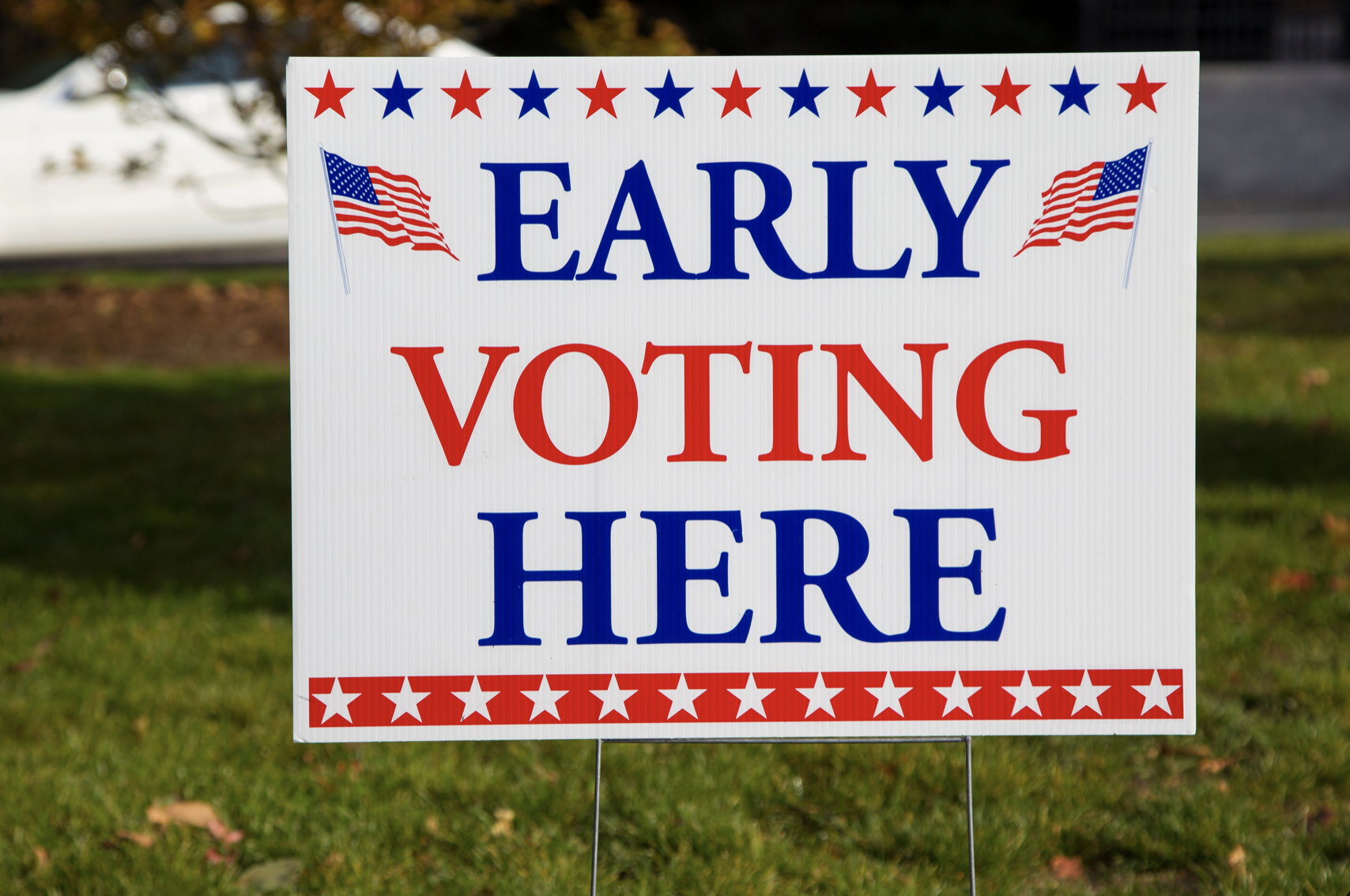 In the halcyon days of the Chicago’s Democratic machine, an iconic phrase came to embody the embrace of bare-knuckle, win-at-any-cost election hijinks: “Vote early and vote often.”

That led to tactics such as paying down-and-outers to vote, often under assumed names or names of the dead.

‍Such tactics are the stuff of history but in the wake of Covid-inspired election law changes, “Vote Early” has become an important election tool. By constantly questioning election integrity following his defeat, Republicans may be realizing that former President Trump has put GOP candidates and the party at large at a distinct disadvantage.

‍Not only did the Illinois GOP gubernatorial candidate, Trump-endorsed State Sen. Darren Bailey, get rolled by incumbent Democratic Gov. J. B. Pritzker, but Democrats also won all statewide offices, kept their supermajorities in both the Illinois House and Senate, and retained control of the Illinois Supreme Court. In other words, a near total Republican wipeout.

Trump narrowly won the White House in 2016. But following his 2020 defeat at the hands of President Joe Biden, he has continually claimed without evidence that the race was stolen through election law changes that dramatically expanded early voting and vote-by-mail. Even though the courts, investigations, and audits found no widespread irregularities, Trump continued to falsely claim non-election day voting was open to fraud.

Problem is, early voting is fast making election day voting an anachronism, while also handing a huge competitive advantage to the Democratic Party that has embraced it.

‍Both figures fall short of the 2020 Illinois presidential elections, held at the height of the Covid pandemic, when 66 percent of Illinois’ 6.1 million votes were cast early or by mail. Nevertheless, the trend is clear.

Even Darren Bailey blamed his loss on mail-in voting. “That’s why the Democrats won,” Bailey told Politico, acknowledging his campaign spent $300,000 on a mail-in ballot effort. “But it wasn’t enough.”

Others see the issue going far beyond money.

“You get another example of Trumpism killing the party,” said Pat Brady, former Illinois Republican chairman. “Early and mail-in voting has been growing every year, every cycle, and to not engage when those are the existing rules, it was brutal. On top of that, you’ve got the de facto head of the party running around telling everybody it’s all fraudulent, and that scares people away. The damage Trump’s done to Republicans is multi-faceted. But that’s a big one. He cost us control of the Senate two years ago because he told the people of Georgia not to vote because it’s fraudulent, and as a result Warnock and Ossoff both won. That’s just point one of rebuilding the party. We’ve got to get some kind of early voting program done.”

House Minority Leader Jim Durkin, who is stepping down from his leadership post when the new session of the state legislature convenes, also sees Trump’s election suspicions as damaging the party.

“When we created early voting, it wasn’t just a tactic for Democrats. Both parties could take advantage of it,” said Durkin. “But when you have a former President who has gone to great lengths to bash these programs as being fraudulent, it discourages a lot of people from participating. And we just lose an edge because of constant rhetoric from Trump and other Republicans who say early voting is fraught with fraud, and it’s just not the case. So, we lose and the Democrats just do a better job of out gunning and out hustling us in the regions of the suburbs and the collar counties.”

‍Campaign operatives say maximizing early voting, whether at in-person sites or through the mail, gives an electoral team a huge advantage. When you can “bank” early votes, and you know who’s voted for your candidate, it allows a campaign to focus their ground game in the later stages of a race on turning out remaining supporters and undecided voters.

“There’s nothing better than knowing on election day who’s actually voted and who you need to get out,” Brady said. “It’s a powerful tool and that’s the reality of campaigns today. Election day voting is less and less relevant.”

Nationally, Democrats voted by mail by nearly nine percentage points more than Republicans in the midterms, according to data from the 24 states that report party registration compiled by the US Elections Project. In Pennsylvania, where Democrats won gubernatorial and US Senate races, 69 percent of mail in ballots came from Democrats compared to 21 percent from Republicans.

‍Around the nation, Republican officials are turning their back on Trump’s repudiation of early voting.

In the battleground state of Pennsylvania, Republicans spent two years fighting mail-in voting through lawsuits aimed at curtailing the practice. Now they’re wondering if that opposition cost them the midterms.

‍“There’s no question in my mind that Republicans have to have a different strategy,” said Andy Reilly, Republican National Committeeman in Pennsylvania. “When one party votes for 30 days and the other party votes for on one day, you’re definitely going to lose.”

‍Republican National Committee Chair Ronna McDaniel argued the party is at a strategic disadvantage because its grassroots voters aren’t using early voting and vote-by-mail. “Our voters need to vote early,” she told Fox News. “I have said this over and over again. There were many saying in 2020, ‘Don’t vote by mail or don’t vote early’. And we have to stop and understand that if Democrats are getting ballots in for a month, we can’t expect to get it done in one day.”

“It’s definitely been a game changer for us. It’s had a huge impact, actually,” said Ives. “There are races that I know of that were decided by less than 100 votes. If we had been more aggressive at actually bringing our people in and voting early, we may have won those races; they could have tipped.”

But Ives wasn’t laying the blame for voting skepticism solely on President Trump. “In 2020, vote-by-mail had not been widely used and the rejection rate, not in Illinois but in some places nationally, was almost 40 percent.,” said Ives. “Somebody voting by mail would forget to date it, or sign it. That was kind of the reasoning to encourage people to vote on the day to ensure their vote would count. But what happened? All the rules to ensure vote-by-mail was legitimate were tossed. No date? No problem? No signature? We’ll ‘cure’ it.”

That explanation won’t wash with Durkin, who blames Trump and his supporters for taking the party down in once-competitive states like Illinois.

“As long as we’re going to have a party of election deniers and January 6th sympathizers, it’s going to be very difficult to shake that,” Durkin said. “I hope that this past election cycle will throw cold water in the face of Republican voters and say, ‘Guys, this isn’t working out’. We gotta move on from the previous President; taking these positions that are so contrary to reasonable minds throughout this state and this country just damages the brand even more. That’s why we have such a large section of independent voters in Illinois. Because a lot of Republicans, I’d say the more moderate and reasonable Republicans have abandoned the party. They’re not voting in the primaries. So, you have arch conservatives who prevail in the primaries and can’t win in November.”

‍Since early voting and vote-by-mail is undoubtedly more convenient, it should provide an edge for the Republican Party which has traditionally drawn older voters.

‍“We’ve always felt that the 50-plus voting range has always been more Republican but a lot of them don’t always have the ability for a lot of reasons to come out on election day, so we’re missing an opportunity,” said Durkin.

‍The concern among some party officials is that the election doubts sewn among Republican voters by Trump run so deep, they may take several election cycles to erase. Some believe the challenge for Illinois Republicans to get on board with early voting may be the most important factor in the party’s survival.

‍“If not, the Illinois Republican Party is pretty much where the California Republican Party is, which is irrelevant,” said Brady. “You can’t get any worse. Is there a Super, Duper, Minority? If the party doesn’t get this right, they’re never gonna recover. Democrats are good at this stuff. You have to give Pritzker, Speaker (Chris) Welch and (Senate President) Don Harmon credit. They ran a great campaign. Republicans didn’t.”