COVID-19: Is Illinois Ready to Move to Phase 4? 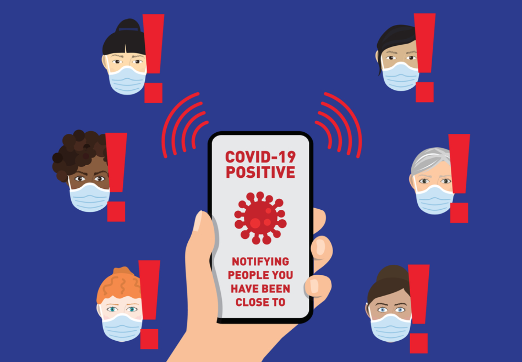 Governor J.B. Pritzker has called contact tracing “one of the most critical tools” in Illinois’ fight against COVID-19. Moving out of Phase 3 into Phase 4 of the state’s recovery plan is in part conditioned on robust statewide contact tracing, which involves tracking, warning and quarantining anyone who has had close contact with diagnosed COVID-19 patients. County and city health departments are leading tracing efforts.

But a few weeks into Phase 3, the contact tracing “army” Gov. Pritzker called for back in early May has yet to materialize. Out of the 15 counties hit hardest with COVID-19, Boone (to date), is the sole county with 30 tracers per 100,000 people,according to a Center for Illinois Politics review. That ratio is recommended by the Illinois Department of Public Health (IDPH) and the National Association of County and City Health Officials. It would translate into about 3,800 contact tracers across the state.

A state health region may only move into Phase 4 if “contact tracing and monitoring within 24 hours of diagnosis for more than 90% of cases” is happening, according to state guidelines. Gov. Pritzker said on May 25th that just 30% of people exposed to an infected person are being reached by tracers. “We’re trying to get there,” he said. “It’s a large endeavor. We have 97 local health departments that we’re coordinating with.”

IDPH has announced a $253 million fund for counties, and has launched contact tracing pilot programs in Lake and St. Clair counties. But as of June 11th, IDPH has not yet distributed any funds, counties are still completing grant applications and the pilot programs are just getting underway, according to an IDPH spokesman. In the meantime, Illinois counties are scrambling to get contact tracing programs off the ground using the limited resources they have on hand.

County health departments have jumped into action by reassigning existing funds and personnel for the efforts, while training volunteers, newly hired and existing staff to become contact tracers. Once funding is received, counties (along with Chicago) will be able to hire additional tracers.

In DuPage County, which had the fourth-highest number of cases of any Illinois county in early June, the health department has trained 65 staff members to assist its five-person Communicable Disease/Epidemiology team with contact tracing. That’s still about 200 people short of the 30 tracers per 100,000 people benchmark ratio.

In Boone County, the health department has trained nurses from local school districts, staff from a YMCA and masters students from Northern Illinois University to support its own personnel. It now has 37 contact tracers, which makes it the sole county of the 15 hardest-hit to meet the benchmark.

Next door, Winnebago Countyhas 30 full-time-equivalents working as contact tracers, a mix of medical personnel and volunteers. That’s about 54 people short.

“It has been tough. Funding for public health infrastructure has been significantly reduced throughout the years,” says Dr. Sandra Martell, the public health administrator in Winnebago County. Her department has relied in part on Medical Reserve Corp (MRC) volunteers to assist in contact tracing. The MRC is a national network of volunteers organized locally to support public health projects, including disaster responses.

“I do think we’ve been getting the message across to people that this is a serious crisis, and that they need to be careful,” Dr. Martell says. “We’re controlling the spread, and contact tracing has so far played an important role in allowing us to do that.”

With existing staff reassigned and IDPH funding support still not in hand, many county health departments are stretched thin as they juggle contact tracing and standard operations. In Kankakee County, Health Department Administrator John Bevis is adamant that additional funding from the federal government and the state is needed so reassigned county employees can return to normal roles. “Locally, this is where the battle is being fought,” Bevis says.

His county reassigned five of its nurses for tracing efforts, supported by five volunteers. It’s roughly 20 people short of the contact tracing benchmark. A spokesperson for St. Clair’s health department said it’s been difficult to lay out a timeline for hiring more tracers, given uncertainty of when they will receive IDPH funding.

In late May, Chicago Mayor Lori Lightfoot announced plans to ramp up tracing by 600 people through a new “Chicago COVID Contact Tracing Corps.” It would be supported by $56 million in state and federal relief funds given to community-based organizations that would hire, train and support contact tracers. $11 million would go to an outside agency to oversee the entire effort.

Last week, activist groups voiced opposition to that plan, telling Mayor Lightfoot to rebuild the Chicago Department of Public Health rather than turn to an outside agency. Rose Joshua, president of NAACP Southside, demanded that the mayor “immediately stop all contracting out of contact tracing, testing and all public health services,” the Chicago Tribune reported. The city has less than 500 public health workers now, down from more than 2,000 three decades ago, said Dr. Howard Ehrman, a leader for the People’s Response Network.

How does Illinois contact tracing compare to other hard-hit states?

The short answer: not that well. But only Massachusetts has reached its contact tracer staffing goals. And only one other state—Maryland—is getting close.