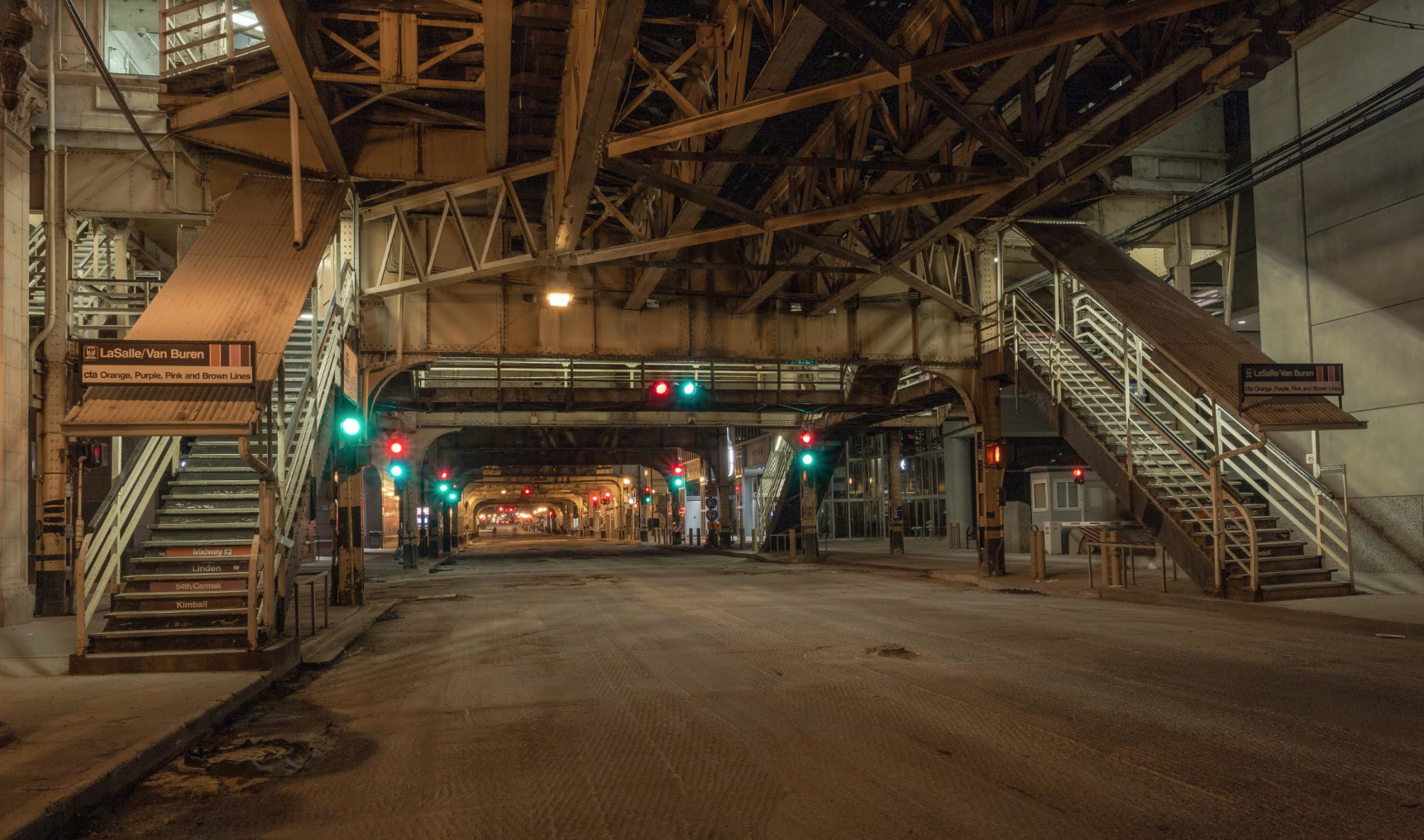 It took COVID-19 to force something Chicago Police have been trying to achieve for years: a sharp drop in street crime.

The evidence is stark and reaches almost every category of criminal activity, including crimes of violence. Statistics compiled by police for the period between March 23 (the first work week Gov. J.B. Pritzker’s quarantine order was in effect) and May 5 show sizeable, and in some cases, dramatic declines in crime.

But one exception to the overall crime decline can’t be overlooked. Shootings rose 19 per cent compared to the same time last year.

What’s going on? For property crimes, South Side Ald. Howard Brookins (21st Ward) has a simple explanation. “It’s hard to burglarize somebody if they’re at home,” Brookins said. “The cool weather and the lockdown has contributed to more people not being on the street. I don’t think the police are doing anything different or special that would have contributed to a sharp drop in crime.”

West Side Ald. Chris Taliaferro (29th Ward) wasn’t surprised by either the reduction in property crimes or the uptick in shootings.

“Most criminals look for an opportunity to commit a crime without getting caught,” Talliaferro said. “With residents sheltering in place and most businesses closed, opportunities are diminished. And the shootings…that’s the element that won’t abide by sheltering in place. Most of the time the victims will be gang members or drug dealers themselves.”

Vaughn Bryant, executive director of Metropolitan Peace Initiatives, speculated that the increase in shootings may be attributed to the “business as usual” attitude in the drug trade that fuels crime. “They’re probably making more money now than before,” said Bryant. “People have to cope with more stress during the lockdown. They’re cooped up, people not going to the office, they may turn to drugs more often. There’s demand in the market and demand for territory which could lead to more shootings.”

Bryant coordinates a network of community organizations with up to 190 outreach workers focused on stopping shootings, killings, and providing a pathway to legitimate careers for those in the drug trade. He said “COVID-19 shows how traumatized our communities are. Pandemic or not, these folks are used to gun violence, used to people dying regularly on the streets so the virus doesn’t scare them. They’re still focused on putting food on the table and getting the money that’s out there in their pockets.”

At the same time, the pandemic makes it tougher for his outreach workers to do the one-on-one engagement necessary to build trust while also practicing social distancing.

Ald. Taliaferro credited Chicago police in his ward (police districts 15, 16 and 25) with taking advantage of the quieter time on the streets to increase the level of community outreach. “They’re handing out masks, gloves, food, knocking on doors. That’s going to help in the future. Their focus is on not just protecting but serving.”

The COVID-induced crime reduction may also be a blessing for newly-installed police Supt. David Brown. “He has the advantage of being able to get his feet on the ground, learn the city and the department a bit and begin to come up with a plan to deal with the summer and warm weather, when the shootings dramatically increase,” said Ald. Brookins. “Unfortunately, until we can change the mindset of kids who are resolving their conflicts with a gun, I don’t know how we get to the bottom of it.”

These percentages, however, reflect the volume of calls made to domestic violence hotlines rather than filing an actual police report. Cases of domestic violence reported to Chicago police have declined by 23% according to the Chicago Data Portal (slower than the overall decrease in crime which is nearly 50%).

Why the disparity? (Domestic violence experts believe) or (Policing experts say) victims who in the past would left their homes to report domestic incidents to police, but now fear going out due to COVID-19, may be using the hotline instead.

Domestic crimes are already tough to track. A study by the Marshall Project found “only about half of victims of violent domestic crimes call the police when they are assaulted by a family member”.

Vickie Smith, CEO and executive director for the Illinois Coalition Against Domestic Violence, said “Shelter in place is not a safe option for everyone. When people are stuck at home with each other there’s going to be a realization for more people about the kind of relationship they’re in.”

Chicago organizations have responded by moving some endangered women and children out of their homes and into hotels instead of large shelter buildings, due to fears about the spread of COVID-19 in large settings.

“People are making different kinds of decisions based on what’s happening with COVID-19 and it’s keeping them from getting help, we think,” said Smith.  “They’re not free to leave. We need to be prepared for a surge for help once the stay in place begins to lift,” said Smith.