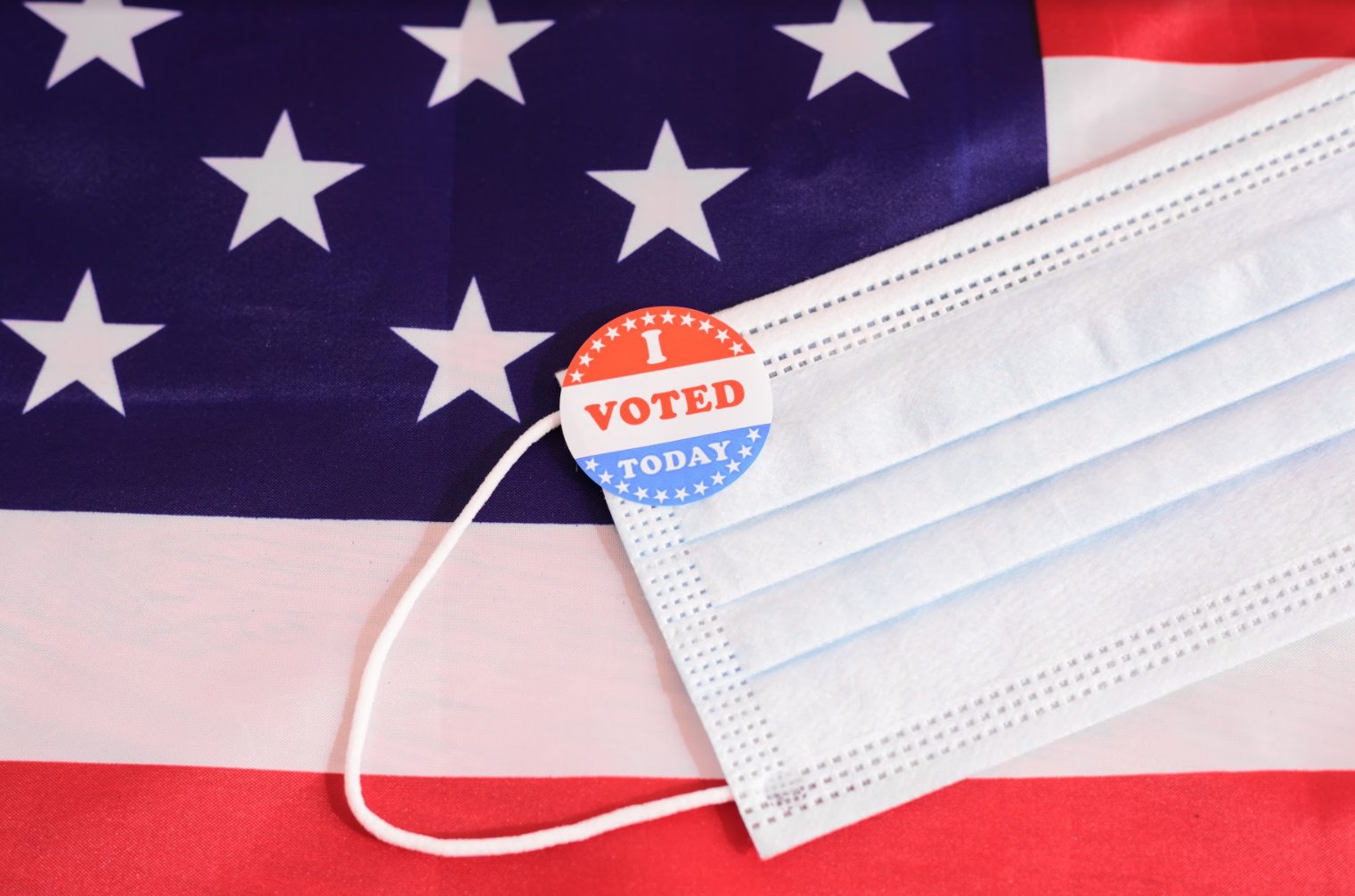 Even President Donald Trump, who began his term in office with a dispute over how many people turned out for his inauguration, reluctantly resigned himself to a re-nomination spectacle where the attendance would be “virtually” undisputed.


With Covid-19 very much a real and present danger for large gatherings nationwide, America’s two national political parties wrapped up unprecedented nominating “conventions” where the major feature was what wasn’t there. No hot and sweaty convention hall floors jammed with state delegates dressed in silly outfits. No interminable roll calls for nomination. No endless late-night cocktail parties put on for delegations by interest groups allied with their politics. No smoke-filled rooms. And almost no delegates.


The loss for the nation was a lot less painful than for the traditional participants. For more than 40 years, maybe more, presidential conventions have been little more than television shows anyway. When primaries and caucuses snatched from conventions the real business of deciding who would win presidential nominations, the quadrennial confabs devolved into extended political commercials and window dressing. If anything, the Covid-forced virtual conventions re-enforced that truth, presenting the opportunity for better-produced TV. Shorter speeches. More carefully crafted pre-produced drop-ins. And fewer time overruns caused by windbags from the hustings who grabbed the spotlight and refused to let go.


Predictably, the debate over which party did a better job of seizing that opportunity breaks down somewhat along party lines. Democrats indisputably featured a wider range of voices. Republicans went for a nightly dose of President Trump, who as the incumbent wields the power of the White House bully pulpit, and also knows a thing or two about reality TV.

Political operatives cite Labor Day as a traditional, if somewhat artificial, start of the real campaign season when candidates get revved up and voters, with summer vacations behind them, start focusing on their choices. But the impact of Covid is already being felt by campaigns and candidates all the way down to the very bottom of the ballot. The cheapest way of campaigning, powered by shoe leather and boots on the ground, has pretty much gone right out the window.


“A heavy door-to-door campaign is the classic tool of an insurgent candidate,” said campaign consultant Terry Walsh, president at The Strategy Group. “When it’s one on one, in most local races, it becomes the responsibility of the candidate to be out at a door. But doing aggressive field activity, not only for the candidate but even for field staff, that’s a major challenge right now.”


All of which makes a tougher environment for challengers, and raises the cost of campaigning.

“Rep. Lauren Underwood (D-IL) won her campaign in a Republican-leaning semi-rural district last year by being everywhere, and I mean everywhere,” said political consultant Carolyn Grisko, president and CEO at Grisko LLC. “Every book club. Every coffee. Every local meeting where she was invited. That’s not possible this time around. Republicans are gunning for her and she’s going to have to raise more money this year.”


“People are not going to go to Saturday morning donuts and coffee with the candidates,” said Robling. “People have to know who you are, a base of awareness. O’Brien needs a million bucks of TV in the last weeks of the campaign to have chance.”


“There is simply no cheap campaign for first-timers and that’s their biggest shock,” said campaign adviser Delmarie Cobb, CEO at The Publicity Works. “That’s the real wake-up call. It’s simply the money they need.”

Cobb says post-Covid 19, she’s positioned local candidates at a busy intersection with bold signs, allowing voters to approach the candidate if they like. “It’s important to see the candidate. You still want to give the impression that they’re working for your vote.”

Another growing and now more-important tactic, Cobb said: Using peer-to-peer texting, a different version of phone banking. “You get all the cellphone numbers of people in your district or ward and you send them text messages. If they reply or ask questions, you can give them your platform, remind them to vote or give them your punch number. Another way to engage at a distance.”


With in-person contact drastically reduced, use of social media, digital engagement and direct mail will all rise in importance with more money spent on all three segments.


“It puts a premium on thinking about different ways to communicate with people. A lot of that is going to be digital,” said Walsh. “Some campaigns have successfully used Facebook Live to rally the faithful. It’s a better tool for talking to your own team as opposed to persuasion. There’s nothing more effective for persuasion than face to face contact at a door but that’s not going to happen much this election cycle.”


As costs rise, how to target limited resources becomes a prime consideration. “Social media becomes more important than ever,” said Grisko. “It’s considerably less expensive than TV, but it depends on how you’re using it. Facebook is a good investment for most candidates. Programmatic digital, which follows a voter around on every platform, is even more effective. But the more targeted you are, the more expensive it becomes.”


In an era where old tactics are seeing new life, direct mail stands out as a cost-effective option. “Those who don’t like to see their mailboxes get stuffed with post cards every day will be very disappointed,” laughed Grisko. “As we get closer to the election they will see their mailboxes jammed. Direct mail is relatively cheap and you can be very nimble to respond issue-by-issue to what your opponent is saying.”


Walsh is considered an expert on political direct mail, having worked as the lead mail consultant for President Obama’s 2008 campaign and also playing a lead role in direct mail for Mayor Rahm Emanuel and Michigan’s Democrats.


“Covid will put a premium on tactical direct mail. And if you’re encouraging people to vote by mail anyway, direct mail is the perfect way to do that,” said Walsh. “What’s more, it’s a good environment to send direct mail because people are home due to Covid. Lots of folks are spending more time there. It’s a captive audience. Unlike radio and TV, you use direct mail because you know it reaches the target, right at their front door.”

The rising cost of campaigning due to the reduction of in person-to-person contact also means money must be raised earlier. “That’s why I don’t like early voting, at least not for candidates,” said Cobb. “For the candidates everything is front-loaded. You have to hurry up and get direct mail out, a month or more before election day. That’s four less weeks to raise money. It really hurts a first-time candidate. It’s getting more expensive because you have to rely more on peer-to-peer texting, radio, and direct mail. Turns out in local races, all things being equal, Covid is another real advantage for incumbents.”


Fundraising takes a big hit by not being able to stage large money-raising dinners. “You get the big donors, the fat cats at those big, flashy dinners,” said Grisko. “You can’t do those now. And more modest donors are stretched. They’re giving to local charities, food drives, social needs and maybe to presidential candidates. But lower-ticker candidates are scrambling.”


Impact of Covid on Presidential Race

On the national level, it’s tough to tell whether campaigning post-Covid presents an advantage for either President Trump or Democratic presidential nominee Sen. Joe Biden.


Chris Robling, who runs Clearspan Strategic LLC, sees it as a standoff. “Biden is hiding in his basement, due to both Covid wariness and his unpredictability on the trail. And Trump can’t do his rallies,” said Robling. “Tit for tat.”


But Robling noted one major asset that Trump still has in his corner. “Brad Parscale got dumped as campaign manager, but so what?  He’s identified more than 70 million Trump voters and he’s still involved in getting them to the polls.” More importantly Parscale is targeting millions of voters in Trump’s wheelhouse, whites without college degrees, who didn’t vote at all in 2016. That’s the group Trump is depending on to recapture the White House.


As for Trump, “He loves big rallies. They energize him and give the impression everyone’s for him, “said Grisko. “Even without them, he has the advantage of using every Presidential tool and he’ll exploit them all to wrap himself in the flag, trying to bring people together and generate that sense of excitement and rally feel.”


“Not having the rallies hurts Trump because he likes them,” said Cobb. “But the onus is on Biden to run a 50-state race. They need to make sure the Democratic voters who weren’t engaged last time are engaged this time. That means everything: TV, radio, direct mail, digital, community newspapers, videos. Trump will still try to do his rallies. But that’s part of the contrast.”