Turnout for Chicago's April 2 runoff was down across the board, but dipped dramatically among Hispanic voters and residents of largely white, wealthy wards along the city's lakefront. 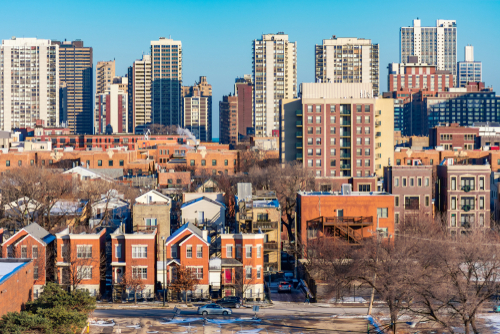 Although turnout for Chicago’s April 2 runoff election was down across the board by only 2 percent compared to the Feb. 26 general election contest, it was down most sharply among Hispanic voters and residents of largely white wealthy wards along the lake, a Center for Illinois Politics analysis has found.

Turnout in wards that have 50 percent or more African American residents only saw a 0.7 percent decrease in turnout last Tuesday from February from 31.9 percent to 31.2 percent.

Meanwhile, those wards that have 50 percent or more Hispanic saw a 6.5 percent dip, from 31.4 percent to 24.9 percent. The trend is in line with predictions made by influential figures in the Hispanic community, including state Sen. Miguel Del Valle and 36th Ward Alderman Gilbert Villegas, who have contended the city’s Hispanic residents felt either ignored or confused.

The 15 wards that featured aldermanic runoffs, meanwhile, held relatively steady, with 36.5 percent average turnout in February and 35.6 percent turnout in April. But wards where an incumbent fended off a runoff challenge - including Ald. Marty Quinn’s 13th Ward and Ald. Ed Burke’s 14th Ward - turnout dipped by 17 percent and 13 percent, respectively.

In the 40th Ward, where longtime Ald. Pat O’Connor was ultimately defeated by challenger Andre Vasquez, turnout held steady at 42.2 percent in both elections.

The two wards with the highest turnout - the 19th ward on Chicago’s Southwest side, and the 47th Ward encompassing the North side’s Lincoln Square and North Center neighborhoods - saw dips in turnout of 7.6 percent and 3.4 percent respectively. Still, more than 46 percent of voters in those neighborhoods turned out on Tuesday, nearly 14 points higher than the citywide average.

Chicago’s 32 percent turnout established a new all time low for the city, contrasted by its all-time record high in 1983, when 82 percent of voters headed to the polls to elect Harold Washington as the city’s first ever black mayor over Bernard Epton.