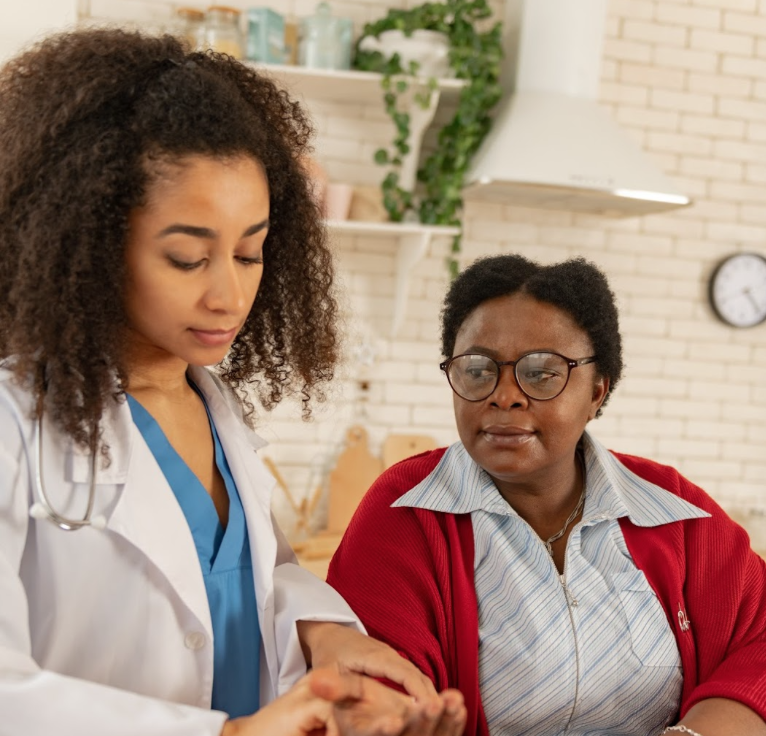 You can watch a recording of this webinar here:
https://youtu.be/CzlcLUSDiOw‍

‍
Here are some highlights:

‍
The event was hosted by Derrick Blakley, who spent four decades as a television reporter and currently teaches at DePaul University. Blakley guided the conversation and directed questions to his panelists. Dr. Alan Jackson, Chief Cardiologist at Mercy Hospital and Assistant Professor at Rush University and State Rep. La Shawn Ford, state representative from Illinois House 8th District since 2007.

Despite African-Americans making up only 12% of the state’s population, roughly 22% of COVID-19 patients are black. Thirty-six percent of those killed by the virus in Illinois are Black. This is disproportionality even more severe in Chicago.

There are several factors to consider to begin to understand why African-Americans are more likely to be diagnosed. Chief among them are the underlying conditions within Black communities.

“The health in our community is not optimal,” said Dr. Jackson. “We have chronic diseases like diabetes, obesity, asthma, hypertension, even some cancers like prostate. All of these form a milieu that can put you at risk to be sick when something like a pandemic or a virus comes along.”

“What we’ve seen at our hospitals, like Mercy, Rush, Roseland, other community hospitals, is this toxic mix of a bad sort of substrate from these chronic diseases that’s exacerbated by [this virus].”

Rep. Ford’s district on the West Side of Chicago has seen some of these effects. “It’s pretty devastating, to say the least, that the Black community on the West Side of Chicago, like most urban areas throughout the country is feeling COVID-19 in the worst way. There are many reasons: economic, underlying health conditions and having to go to work on front line jobs”, Ford said.

When asked about his criticism of the state’s response to the virus’ uneven impact, Ford shared his observations. “It seemed to be that you had to be privileged to be tested in the State of Illinois. I found that to be pretty disappointing,”

Rollout of testing was slow in Black communities, even as more information about the corna virus was revealed. With tests in limited supply in Chicago, most was conducted at the city’s major hospitals. This may have compounded the problem: most of those hospitals weren’t in Black communities.

“We have the University of Chicago and Rush downtown, but the vast swathes of the South and West Side are nowhere near a major teaching hospital,” Blakley explained. In mid-April, Governor Pritzker pledged to focus more on these areas by opening community testing sites. This may have been an “over-promise,” Blakley said.

In the ensuing weeks, testing has increased across the state and in Black communities specifically. Ford and Jackson agreed that testing needs to continue to increase if the state is to be successful in isolating the sick and those with asymptomatic cases.

From here, the webinar shifted focus to other topics, such as managing social distancing as the summer begins, outreach to younger community members, and Chicago’s latest efforts to connect and educate the neighborhoods with its Racial Equity Rapid Response Team.