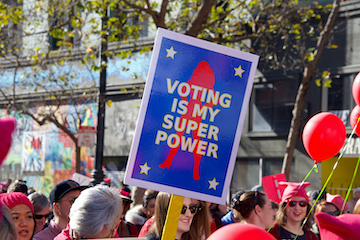 As a so-called “blue island” in the middle of the traditional red, Republican Midwest, Illinois reproductive rights advocates’ pleas for support rose to a fever pitch after June 24.

On that summer day, as the US Supreme Court formally overturned Roe v. Wade, the 1973 law guaranteeing a woman’s constitutional right to an abortion, a pro-choice state was no longer the sure thing it had seemed just months before.

While in 2019, Illinois lawmakers put in place comprehensive abortion rights legislation, and in 2021 Gov. J.B. Pritzker signed a law repealing the requirement that Illinois minors have parental permission before obtaining an abortion, all that was up for potential grabs pending the state Supreme Court balance come November.‍

Abortion on the Ballot

‍“There has NEVER been a more important election than this one,” Terry Cosgrove, the longtime President of reproductive rights group Personal PAC, wrote supporters this August. “You all know the consequences for the 56 million women across the Midwest of losing the Illinois Supreme Court.”

“Women in the suburbs are more engaged in the political process over the last eight years than they were ever before,” said Illinois Democratic County Chair Association President Kristina Zahorik. “I feel like a lot of times in the past, suburban voters, in general, didn't need to pay attention, because they were going to be ok.

“That changed dramatically with the election of Trump. And that concern and need to have more consistent voters was underscored and highlighted by the Dobbs decision,” she said.

In total, election results show 51 percent of Illinois voters turned out to vote in November.

“We have all of these kinds of anecdotal stories about who we think showed up. I think it's also important to know that we did this early analysis of what we expected for turnout statewide and what we expected by county,” Zahorik added. “It wasn’t far off from what we predicted for a normal midterm turnout. …The question becomes what pockets of voter turnout (shaped) things.” ‍

‍‍Two of the seats on the Illinois Supreme Court in the traditionally-independent voting Chicago suburbs were on the ballot, containing areas that in part, backed former Republican President Donald Trump by surprisingly strong margins in 2016, and others standing solidly behind Democrat Hillary Clinton.

To further complicate matters, the judicial districts in question had been redrawn for the first time since 1964, with partisan gerrymandering turning them into up-for-grabs swing districts. The second district has been shrunk, geographically, to include five counties – DeKalb, Kane, Kendall, Lake, and McHenry – down from a previous 13. The third district, meanwhile, includes seven districts – Bureau, Grundy, DuPage, Iroquois, Kankakee, LaSalle, and Will down from 21.

The 2022 Supreme Court races also followed the 2020 defeat of Democratic Supreme Court Justice Thomas Kilbride, a record-shattering election viewed by many Republicans as the first domino to fall in an aggressive strategy designed to undo Democrats' 4-3 majority on the court.

‍Fast forward, and the Dec. 5 certified election results show Democrats on the state Supreme Court will now hold a 5-2 majority in the upcoming term, thanks to the election of Elizabeth “Liz” Rochford in the second district and Mary Kay O’Brien in the third district. Rochford defeated former Republican Lake County Sheriff Mark Curran, while O’Brien defeated incumbent Justice Michael Burke to succeed outgoing Democratic Justice Robert Carter in the new district. Carter did not run for election.

‍Down ballot, in local races, record numbers of women were elected at county board levels.Statewide, Democratic Gov. J.B. Pritzker was re-elected along with Attorney General Kwame Raoul. In state legislative races, only one pro-choice incumbent lost in the State House, state Rep. LaToya Greenwood of East St. Louis, Cosgrove noted. In addition, adding up open seats and the defeat of two anti-choice incumbents Chris Bos and Keith Wheeler means an expected five new pro-choice chamber members. In the Senate, every pro-choice Senator was re-elected as well.

‍Zahorik, of Oakwood Hills, noted many stories have been told across the state about mothers casting votes with their young daughters in tow, and middle-aged and older women making sure their mothers and grandmothers could get to the polls.

‍Organizations, including the Illinois Women’s Institute for Leadership Training, the IDCCA, and Planned Parenthood have not only seen an infusion of interest in recent years, but a noticeable rise in interest from younger women earnest about getting involved.

“At the IDCCA, we invested in a pretty heavy recruitment effort, focusing not on just gender, but age, ethnicity, and race. Not just running for office but engaging at the local county organizational (level),” Zahorik said. "We know that if a woman is going to run for office, it often takes someone asking her two to three times. It takes the infrastructure because those challenges are sometimes different from what men have traditionally faced.”‍

‍So how, then, did Illinois women together shape the election results in a post-Roe Illinois?

Illinois Election Data analyst Scott Kennedy noted that though the Illinois State Board of Elections certified results earlier this month, data broken down by gender won’t be available for about six months.

To get an early preview, the Center for Illinois Politics analyzed turnout data for voters in the counties now making up the second and third judicial districts.

‍Kasper is a freelance journalist and also a member of the Personal PAC board.