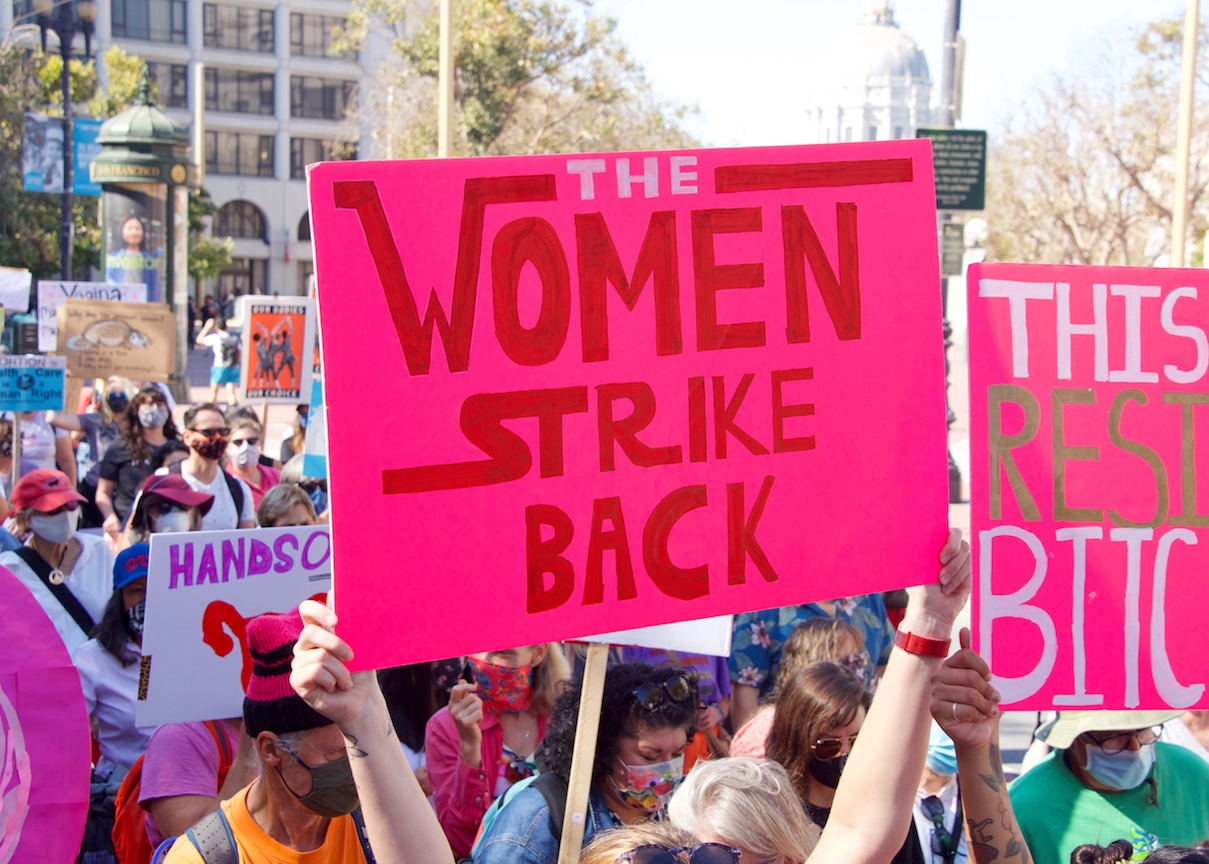 Last week Chief Justice John Roberts found himself in an unprecedented situation when, for the first time, he was forced to publicly authenticate a leaked document of a potential United States Supreme Court decision. If enacted, the leaked opinion would effectively reduce the status of legal abortion from a woman’s constitutionally protected right to merely an option which states can individually choose to either adopt or outlaw.

It’s no small feat that in America, where politics is one continuous drama featuring no shortage of controversial issues, the question of whether a woman will be allowed to choose whether she will become a mother has once again surfaced as the largest single-issue on which some people will choose political candidates and parties. Even more intriguing is thefact that highly-charged discussions on such topics have been proven to divide families, eliminate friendships, and even decrease the effectiveness of political officials to work together across the aisle to pass policy.

This concept is known as political polarization – a textbook example of how deeply held and deeply “felt” beliefs formed around highly political and usually partisan ideals will cause individuals to seek out others to mobilize groups to advance said beliefs. Merriam Webster defines polarization as: division into two sharply distinct opposites especially: a state in which the opinions, beliefs, or interests of a group or society no longer range along a continuum but become concentrated at opposing extremes.

‍Has America become more polarized politically? The answer is: It’s complicated. “According to 2020 research by Brown University professor of political economy Jesse Shapiro and his colleagues,  political polarization among Americans has grown rapidly in the last 40 years — more than in Canada, the United Kingdom, Australia, or Germany — a phenomenon possibly due to increased racial division, the rise of partisan cable news, and changes in the composition of the Democratic and Republican parties.” They attributed this upward trend to a theory called “affective polarization” — a phenomenon in which citizens feel more negatively toward other political parties than toward their own.”

This is not a foreign concept. We see it play out every day on cable news and hear it on radio stations where show hosts, pundits, and everyday participants each perfect their partisan slant and regularly take shots at respective “liberal” or “conservative” adversaries and policies. Wewatch legislative arguments among political parties and red and blue states double down on well-worn rhetoric that accompanies these kinds of amped-up discussions. Once individuals become groups and groups then mobilize into movements, the movements catch fire and take on a life of their own. Sometimes, the vitriol is so out of control, the players may not even remember that they once held the opposite belief, or why they changed their collective mind in the first place.

‍In a recent Politico interview, former Illinois Governor Jim Edgar said that “at the time of Roe v. Wade’s passage, Republicans embraced the decision and it wasn’t until the Christian right latched on to the issue that the GOP veered away from abortion rights, at least publicly.” In a poll conducted by the same periodical, half of American voters oppose overturning the 1973 landmark abortion ruling Roe v. Wade — compared to 28% who believe it should be struck down which is in line with support of this issue crossing party lines.

But is this new? Is political polarization getting worse?

But, because we tend to be prisoners to our own contemporaneous timelines, when taking a snapshot of the last few decades, there may appear to be a notable increase in the dilemma that political polarization presents.

‍What about our policymakers? From the statehouse to the U.S. House, we regularly see legislators draw their proverbial lines in the sand. Where does that leave elected officials who just want to pass legislation in line with their beliefs, bypassing any consequential animosity that polarization may bring?

“As an issue-based legislator, I work in a legislative body that largely works on issues that make it somewhat easier to stay away from the polarization that can sometimes arise. Stay true to your issue and be ready to work for it and defend it,” Miller said.

But Miller warned against the importance of zeroing in too much on just one issue.

“Legal abortion is extremely important but unfortunately as a Black woman, our community is facing so many issues, we don’t have the luxury of dialing it down to just one issue that we will make more important than all the others. We still need to engage in many issues whether they be the number of black children being killed, immigration, or housing. What we are missing is hearing from our constituents. We need your support. Engage with us on the issues that truly matter to you,” Miller said.

There are those who will agree with Miller's point that Black women have a unique set of issues that require their focus. Yet, there are many, many other women across America who believe without a doubt that overturning Roe v. Wade is the most critical issue threatening women's rights today.

It is one of the most polarizing issues of our present, just as it was in 1973 when Roe v. Wade protected a pregnant woman's liberty to choose without excessive government restriction.

‍It may be that this issue, and this issue alone, will deepen the divide and increase an already polarized society.