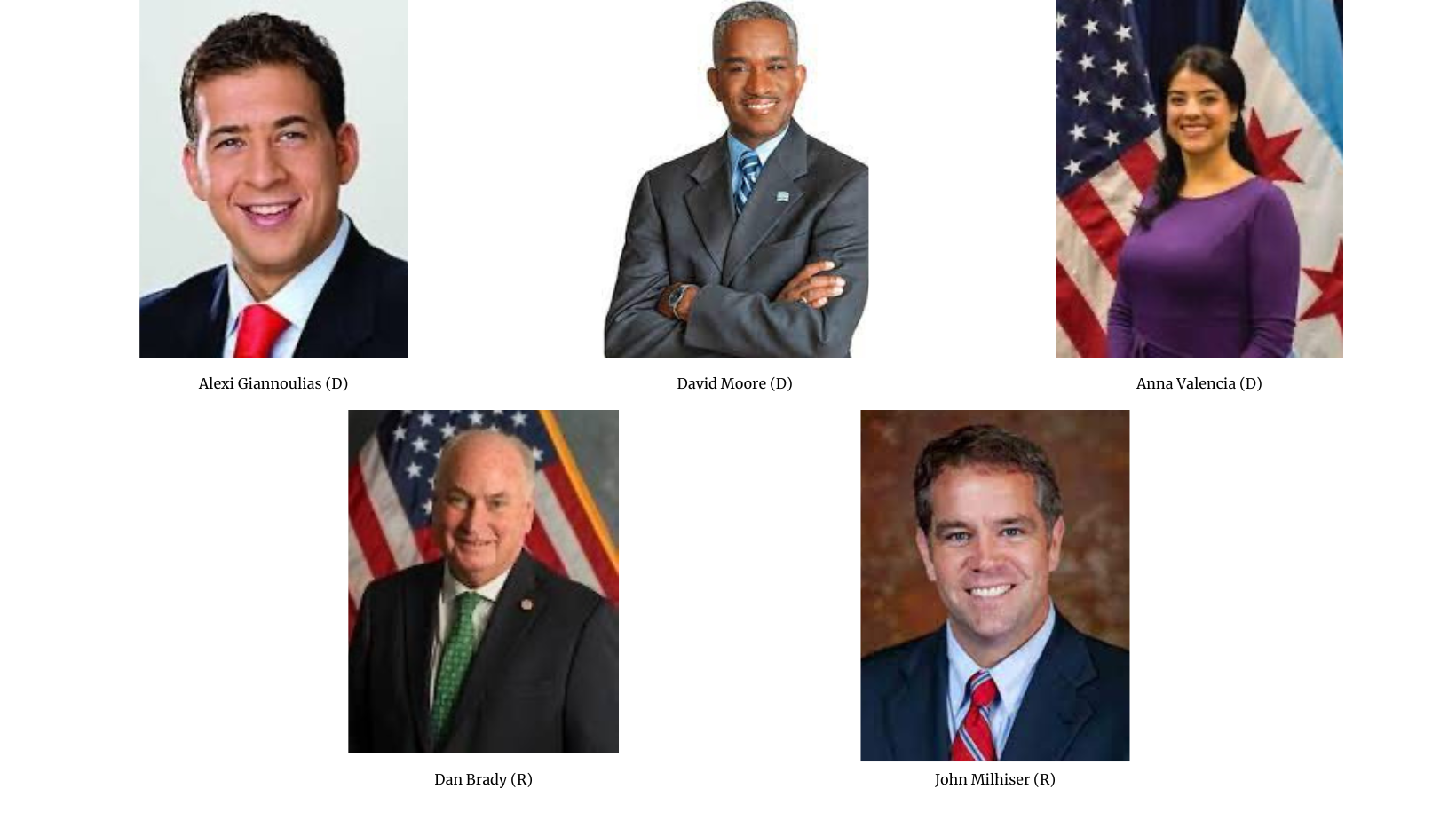 Candidates for Illinois Secretary of State
Read the full report »

‍This election has almost exclusively centered around accusations of ethical impropriety and malfeasance lobbed against two candidates. The first, Giannoulias, is tied to his father’s failed Broadway Bank which allegedly made reckless loans, including to a person later convicted of fraud and money laundering. When asked by NBC Chicago about the bank, he responded that “I could not be more proud of the community bank my father started in 1979, helping tens of thousands of people achieve the American dream. Like a record number of banks in the Great Recession, we didn’t make it through.” The second is Valencia, who is accused of using her influence and government resources to generate business and contracts for her lobbyist husband, and told ABC7Chicago, "I have nothing to do with any of my husband's business dealings whatsoever,” calling it a “political stunt by my opponent to distract from his failed record."

The other candidates have largely stayed above the fray, going with less airtime than those at the center of the storm of political accusations.

While other states entrust their Secretary of State with huge responsibility, such as Georgia—where in 2020 Secretary of State Brad Raffensperger literally held the certification of Georgia’s electoral votes and potentially the entire Presidential Election- in his hands—the Illinois Secretary of State is responsible for managing the State Library and Archives, issuing drivers licenses and license plates, and overseeing the registration of lobbyists.

‍With such an unassuming set of responsibilities, one wouldn’t automatically place this particular office at the top of the list for potential abuses of public trust and outright corruption, right?

Former Governor George Ryan was imprisoned for corruption occurring during his years as Secretary of State in a license-for-bribes scandal that shocked even the most cynical Illinoisians. Unqualified truck drivers “bought” licenses from offices run by the Secretary of State, ultimately leading to a deadly automobile crash in which six children from the Chicago, Illinois Willis family were killed and their parents injured.

While that story is commonly known, have you ever heard of Paul Powell?

During Powell's tenure as Secretary of State, it was common practice for residents to write personal checks directly to him thinking they were purchasing items such as license plates. And business was good because although Powell’s salary maxed out at $30,000 a year, when he died in 1970 his estate was worth $4.6 million, including $750,000 in cash found in his home, $50,000 found in his office, and $1 million in stock for a racetrack that had caused Powell to come under investigation after he was found to be pushing for legislation to benefit that racetrack.

‍Elections have always been contentious, but in a year where every state-level elected office in Illinois is up for grabs, the race for Secretary of State is mostly about mudslinging and accusations, with candidate vision and qualifications going by the wayside. Because we buy into the distraction, we may never learn who the best person is for the job.