Pot will soon be legal in Illinois. Here are your top questions, answered.

With the sweep of a pen, Democratic Gov. J.B. Pritzker this week made Illinois the eleventh state in the nation to legalize recreational marijuana use. 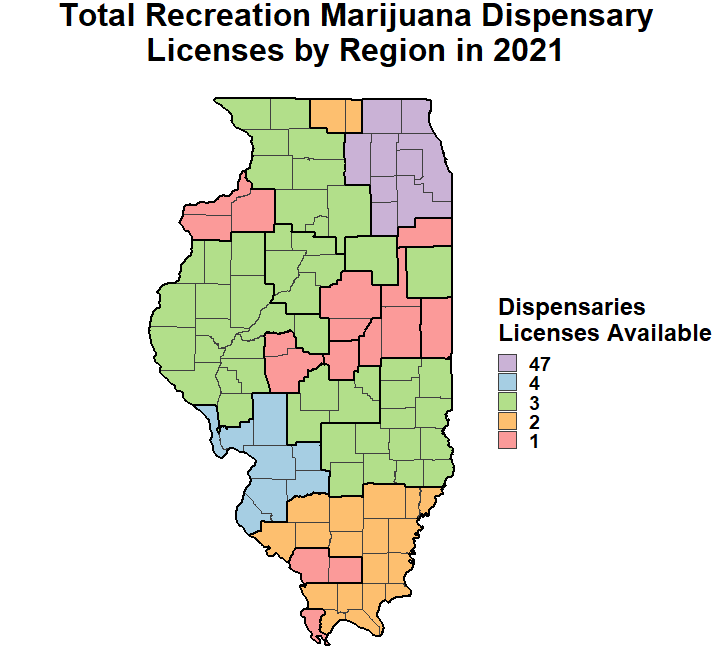 Change is in the air, quite literally, as Rolling Stones’ frontman Mick Jagger jokingly reminded a crowd of 60,000 at Soldier Field Tuesday night that the legislation doesn’t go into effect until Jan. 1, noting many at the concert were getting an early jump on the practice.

Just how one can obtain a license to grow, transport and distribute cannabis, can be a bit confusing, with various parameters spelled out in a 599-page omnibus bill, approved by lawmakers in late May.

Here are your top questions, answered:

What kinds of licenses are available?

Cultivation centers can grow and harvest cannabis and cannabis-related products at facilities of up to 210,000 square feet.

Craft growers grow cannabis on a smaller scale, at facilities of up to 5,000 square feet.

Transporters can move or temporarily store cannabis on behalf of a business.

Processors make various types of products - which include edibles, oils and cigarettes - from cannabis plants.

Dispensaries can sell cannabis products to adults over 21, medical patients and their caregivers.

Where will these dispensaries be located?

Can some applicants jump the line?

Yes. Early approval licenses allows some dispensaries and cultivation centers to start selling their products as early as Jan. 1st 2020, before regular licensees have even started their application process. These businesses would be preexisting, because they were a part of the medical cannabis industry and thus already have their facilities functioning.

How are licenses awarded?

By a point system. Beginning in 2020, interested applicants can submit applications for craft grower, transporter, processor and dispensary licenses. Applications are scored based on criteria set by either the Department of Financial and Professional Regulation or the Department of Agriculture and awarded to the highest point earners. The point system works as follows:

Scoring Areas for Cannabis License Applications (out of 250 Points):

How do licenses get renewed?

Licensees will be prompted to renew their license 90 days before its expiration, and are expected to do so annually. The requirements for them to do so successfully are the payment renewal fees ($10,000 for transporters, $20,000 for processors, $45,000 for craft growers and $30,000 for dispensaries), their compliance with the system's regulations and the submission of a diversity report by the transporting company.

Where can’t it be used?

Cannabis use is banned in public places, correctional facilities, on cars, trains, buses and homes that provide childcare. You also can’t use it around those who are younger than 21.

But private landowners and colleges and universities all have the ability also prohibit usage. Local governments can’t prohibit possession, but they can ban or limit the number of cannabis businesses within their boundaries.

Can I drive with it?

No. You can’t drive a car, a boat, a motorcycle or a plane, etc. while under the influence of cannabis.

How much money is it expected to bring in?

That’s a good question. Pritzker has said dispensary licenses alone could raise $170 million next year. But the legislation’s sponsors, Sen. Heather Steans and Kelly Cassidy, have provided lower estimates - projecting bringing in about $60 million in the first year, and $500 million annually in five years’ time.

What does this ‘social equity’ component mean? Does any other state do that?

Steans, Cassidy and Pritzker’s office all say the legislation will make Illinois a model in terms of leveling the playing field among minority communities hit the hardest by prosecution during the War on Drugs. It provides for more funding to programs in those neighborhoods, expungement of some lower-level possession convictions, and incentivizes minority licence applications.

Across the country, California only has local programs, Colorado doesn't consider it, and New York has not yet passed legislation on the subject, though it’s been a topic of consideration in recent years.

California, which legalized recreational marijuana in 2016, allows cities to institute measures for addressing social equity on a local basis, distributing various state grants earmarked for that purpose. Los Angeles, San Francisco, Oakland, Long Beach and Sacramento are among the cities that have put equity programs in place.