Key to a Bluer Illinois: Growth of Suburban Democrats 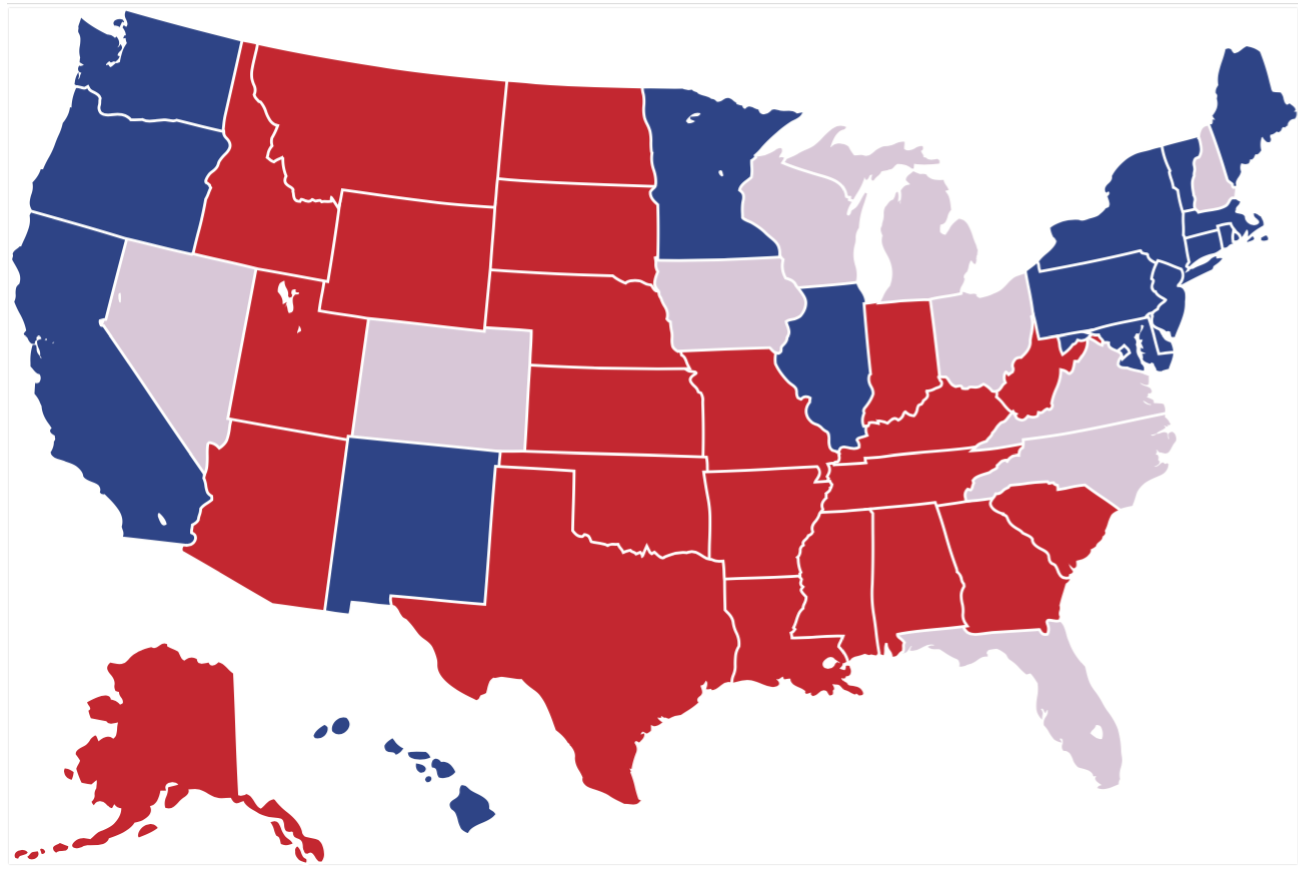 Fast forward four years, and as Trump mounts his re-election bid against a wide field of Democratic bidders, the Land of Lincoln is looking bluer than ever, thanks to a swath of once reliable Republican territory, which is now the independent voting Collar Counties (Cook, DuPage, Kane, Lake, McHenry, Will).

Data analyzed by the Center for Illinois Politics finds that the stomping grounds of Republican leaders like Phil Crane, Peter Roskam and even Dennis Hastert have steadily increased Democratic numbers on their county boards since 2010, without exception. At the same time, those counties’ Democratic voting percentages in each cycle’s U.S. Senate race have also increased.

The picture is murkier across the rest of the state, however, as the overall percentage of Democratic voting has gone up since 2010 in St. Clair, Sangamon, Peoria, Rock Island and Champaign counties, but Republican numbers on their respective county boards have increased slightly.

In 2016, more than 50 percent of voters in the county pulled Democratic ballots on Kirk’s home turf, helping propel Democrat Tammy Duckworth to victory. In 2018, Lake County Democrats outnumbered Republicans for the first time since 2008 on the county board.

“More and more people are voting for Democratic candidates in Lake County because those candidates are in alignment with residents on the important issues that affect us everyday: health care, gun violence, education, and high taxes,” Lake County Board Chair Sandy Hart, a Democrat, said.

Formerly rock-ribbed Republican DuPage County saw 43 percent vote for Hillary Clinton in the 2016 presidential election, and favored Tammy Duckworth over Mark Kirk 49 to 45 percent in the same year. Today, the Democrat party occupies a record 7 out of the county board’s 18 seats.

Democrats also outnumber Republicans on the Will County Board 14 to 12, and are evenly matched with Republicans in Kane County, with 12 seats apiece. In McHenry County, where the anti-immigration Minuteman Project had a strong presence several years ago, Democrats now occupy an unheard of 6 seats to Republicans’ 18.

Below I-80, the picture is different. Rock Island, Peoria and Champaign Counties all had Democratic voting majorities in the 2016 presidential election (thanks, in some part, to the numerous colleges and universities in those areas where students tend to vote Democratic), but have not seen Democratic gains at the county board level, where local Republican politicians remain dominant.

This dichotomy - both a political and regional disparity - is further reflected in the statehouse, where last fall, House Speaker Michael Madigan was able to boost his caucus numbers to a supermajority due to a Trump backlash in the suburbs.

"The more that the Illinois GOP is dominated by arch-conservatives and downstaters, the more moderate suburban voters are turned off, pushing them toward the Democratic column,” University of Illinois Chicago Political Science Professor Christopher Z. Mooney said. “Moderate Republicans can sometimes win statewide, but only if they appeal to the suburban voter more than the downstate conservative. The problem is that the moderates can have a hard time winning the GOP primary."

With corruption cases centered on Democratic officials - like the FBI’s investigation of ComEd lobbyists’ undue influence at the state Capitol and of longtime Chicago Alderman Ed Burke being charged with racketeering and attempted extortion, it might seem puzzling that the party keeps making gains. But looking more closely at the situation, Mooney points out, it’s all about voters’ parties most accurately matching individual needs at the local level.

If the suburban woman is considered the swing voter in the state, her concerns often include both taxes and good schools and services, she is worried or put off by the extremes of both parties. She is generally pro-choice and pro-gay rights, but she is also concerned about corruption, Mooney notes.