Progressive or punishing? Is Illinois’ proposed progressive tax as fair as other states?

We've all seen the ads, advocating both for and against Illinois' move to a graduated income tax system - a measure headed to the ballot in the next 18 months. We help you put it all in perspective. 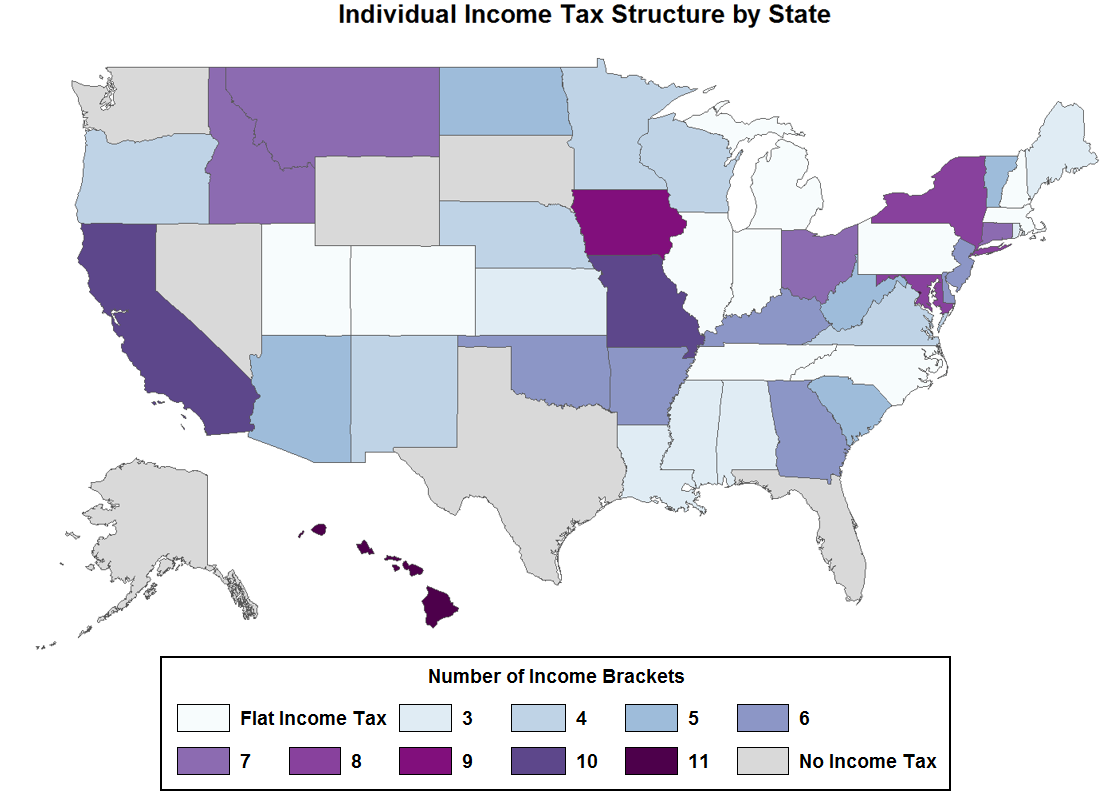 As Illinois debates the question, 33 other states already have a graduated, or progressive income tax structure.

But from California to Minnesota, Delaware, Iowa, Wisconsin, and New York -- our analysis finds other states slice and dice their rate categories very differently, with the end result putting less direct pressure on top earners than Illinois would under a proposal passed in the final days of the General Assembly’s spring session.

Two things have to happen for this plan to go into effect. First, 60 percent of voters who vote on the ballot question must choose for the state constitution to be amended, changing the state's tax structure from a flat to a progressive tax.

Then, a rate structure approved by lawmakers could be put into place.

Only one proposal slotting various levels of income into different income tax categories has passed the General Assembly so far.

If enacted, this legislation’s rate structure would begin with a 4.75 percent tax on the first $10,000 of income raised annually, increasing to 7.99 percent rate on income over $1 million in the case of couples filing joint returns, or $750,000 for single filers.

While Gov. J.B. Pritzker's office says the proposal will yield savings for the vast majority of Illinoisans, some criticize the nearly 3 percent increase in tax rates for those earning more than $250,000 annually, taxing income below that amount at 4.95 percent and above it, at 7.75 percent or more.

The sudden jump, the Center's Chris Z. Mooney, a professor at the University of Illinois Chicago, calls "pretty ham-fisted."

"There are essentially two categories, which is hardly any better than a flat tax, from a fairness and efficiency perspective,” Mooney said. “Ideally, you want many categories that smoothly increase with income. Otherwise, you find people playing games with their finances to pay less tax.”

There's still plenty of time ahead for details to be tweaked, and tax rates to be adjusted.

But in the meantime, here's a look at how the proposed progressive tax plan compares to other states, and what's in store if it sticks:

The ramp gets much steeper from there.

Thirty-three states across the country have a progressive tax, while eight, including Illinois, have a flat tax. Nine states, including Nevada, Florida, Wyoming and Texas, have no income tax at all.

Here's a quick look at where they stand and how they got there:

Of the largest states, California has the largest disparity between its lowest bracket (taxing 1 percent on the first $8,222 earned annually) and top bracket (taxing income over $1 million at 13.3 percent). But unlike the Illinois proposal, California's current progressive tax features more overall categories - ten - and a more gradual overall increase, with no more than a 2 percentage point increase from one category to the next.

The state’s first major attempt to institute a graduated income tax system was in 1935, though the proposal was vetoed by the governor of the time. In 1937, a mounting economic depression overtaking the state finally forced the local government to ratify it. Originally, the income tax system was divided into 15 different tax rates.

Today, California’s graduated income tax structure is much different, with the 10 income brackets and different values for individual and joint filers. An estimated two-thirds of revenue for the state's general fund coming from income taxes.

California's income tax rates were last changed one year ago for tax year 2017. They're now indexed for inflation, and are updated yearly to reflect changes in cost of living.

Like Illinois, Ohio and Georgia have divided income tax rates into six categories. Georgia tried to repeal its graduated tax in 2017, but the measure failed.

‍But both states top out at a lower tax rate for top earners than Illinois would under the current plan. Ohio's top rate is 4.997 percent, while Georgia's is 6 percent.

New York currently has eight different tax rates for residents, which range from 4 percent on individuals earning income less than $8,500 annually, and couples earning less than $17,150 annually. Tax rates steadily increase by less than a percentage point until the threshold income level jumps from 6.85 percent to 8.82 percent for individuals earning more than $215,401 and couples filing joint tax returns earning more than $323,201.

New York’s income tax has rather sordid origins. It was issued to counter the money loss that Prohibition would cause the state, since it couldn’t ask for excise taxes on libations anymore. The legislation passed in the last day of the 1919 session. The new income tax system varied from a 1 percent rate for anyone earning between $1k and $2k to 3 percent for $50,000 and more.

New Jersey has a similar rate structure in place, taxing residents' income of up to $20,000 at 1.4 percent. The rate steadily increases on income earned until individuals pull in more than $75,000 annually, or couples filing jointly earn more than $150,000 annually. Then, the tax rate jumps from 6.37 percent to 8.97 percent for earnings of $500,001 and over for both individual and married filers. And starting this year, a rate of 10.75 percent kicks in on above income above $5 million.

According to the New Jersey Almanac, the state only enacted an income tax in 1976, thus being one of the last states to do so.

Of the nation’s other 10 largest states, Massachusetts and Pennsylvania have flat taxes, and Florida and Texas have no income taxes.