In a Trump Twitter era, Chicago aldermen get pointers for social media use

The Chicago Board of Ethics has issued its first-ever set of guidelines for aldermen and elected officials in the city. Here's what they entail, and why. 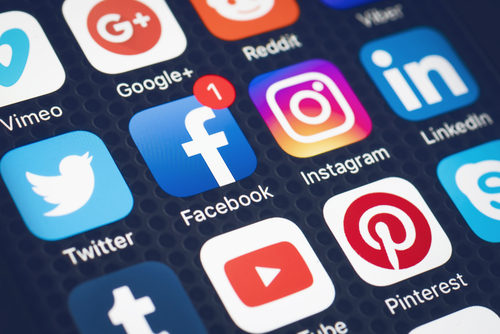 It’s an age where the nation’s president is using social media for everything from international relations to lashing out at adversaries and announcing new military policies.

And it’s this era that has prompted the Chicago Board of Ethics - the entity charged with administering ethics ordinances for city employees - to issue its first-ever guidelines for elected officials’ behavior on Facebook or Twitter. Chicago now joins several other major cities, including Philadelphia, New York, Boston and Los Angeles, whose ethics boards have offered similar advisories in recent months.

The Chicago Board of Ethics’  recent 7-page opinion came in response to inquiries raised by aldermen about how provisions of the city’s ethics ordinance might limit what they can post on social media - and how to juggle their political, personal and “official” city accounts without crossing lines.

A section on city owned property, which states “no official or employee shall engage in or permit the unauthorized use of any real or personal property owned or leased by the City for City business.”

Violating sections of the city’s ethics ordinance brings a fine of up to $5,000 per offense. But determining whether aldermen have stepped out of line is a nuanced issue at best, officials say.

Since the board issued its opinion on social media in January, executive director Steve Berlin said the number of inquiries to the office on the subject has “basically quadrupled.”

As the Trump era has ushered in a paradigm shift in the role of marketing and branding in politics, social media has become one of the most effective tools available to drive public opinion and help officials spread their message, said Bruce Newman, a DePaul University marketing professor and Wicklander Fellow of Business Ethics.

But aldermen are using social media in a wide variety of ways to reach and influence residents, the Center for Illinois Politics has found.

On Twitter, 44 aldermen maintain accounts that identify them by their positions. Some, such as Ald. Debra Silverstein, of the 50th Ward, haven’t tweeted at all and have as few as five followers. Others, such as Brendan Reilly, who represents the Gold Coast, have tweeted nearly 13,000 times, opining about things like poutine, the Canadian concoction of french fries, cheese curds and gravy, which he deems “pure awesome,” to a profanity-laden spat with conservative pundit Dan Proft over the city economy. The alderman who don’t have city-tied Twitter accounts include Quinn, Ed Burke (14th), Foulkes, Tabares, Carrie Austin (34th), and Nicholas Sposato (38th).

In its opinion, the  Board of Ethics divided elected officials’ social media accounts into three categories:

The board has also issued guidelines for the following activities:

Making political statements: The ethics board notes its examination “of dozens of websites and Facebook and Twitter accounts” shows that many include political commentary (for example, retweeting President Trump’s tweets with critical commentary) but are not otherwise campaign or “political” sites. It concludes that “such postings are analogous to public statements politicians regularly make to the media, and are qualitatively different from electioneering content.”

Blocking or deleting comments, friends or followers: This, the Board notes, is a “fluid area of the law,” referencing a recent New York federal judge’s ruling that Trump could not block Twitter followers from his “personal” account, noting that if it is used to take or describe actions in his or her official capacity, the account then becomes a public forum. Accordingly, the Board of Ethics “advises that elected officials whose “personal” account includes postings, commentary on public affairs or matters involving City government, should not block followers from accessing such pages or deleting critical comments, unless the user’s comments are obscene, profane, libelous or defamatory, or are commercial and posted to sell goods and services.

There are few easy answers as to who’s clearly violating the city’s ethics ordinances, but it's clear that alderman are using a variety of strategies to reach their target audiences.

Reilly’s prolific @AldReilly Twitter account - an effective tool for connecting with the many millenial residents of his River North and Gold Coast District - notes he’s an alderman of “downtown Chicago’s 42nd Ward” and is a “Personal account (not an extension of offices).” This account does link to Reilly's official ward page, which the Ethics board says is permissible as long as it “does not take on the character of an ‘official’ City website or page … in such a manner as users could reasonably think it’s a City page.”

Burke’s personal Facebook and Instagram accounts (which feature disclaimers that they are “personal” and “nongovernmental”) link back to his political website and have engaged in electioneering - regularly posting photos of the alderman out and about canvassing for votes - prior to the Feb. 26 election, when he successfully avoided a runoff. Since then, his posts - all of which are issued in both English and Spanish for residents of the heavily Hispanic 14th Ward - have largely been about community events and services.

O’Shea, meanwhile, largely uses his political Twitter page to post about neighborhood news and events in the 19th Ward filled populated by many city workers. Posts include information about a community-wide cleanup and summer arts camp for kids, and reports of an elderly driver crashing into a local CVS pharmacy last week.

Ald. Nick Sposato of the 38th Ward has filled his political Facebook page with photos and posts about the Chicago police, frequently featuring the department's logo. He recently encouraged residents to “protest the inept handling of the Jussie Smollett case” by the Cook County State’s Attorney’s office, calling it “a black eye for Chicago and a slap in the face to the CPD detectives who worked so hard in investigating this alleged attack.” The board describes police badges and logos as “intellectual property of the City of Chicago” and suggests aldermen should “take reasonable steps to ensure shared content avoids creating the impression that a political/campaign or a 'personal' account is a city resource.”

Just as no ward's dynamics is cookie cutter, either is an effective social media strategy. Newman's advice? “It is far easier to reinforce an existing brand in people’s minds than to change it,” he said, adding, “Make sure you understand how your supporters perceive and define your brand in their minds, and then use social media to reinforce their thinking about you. Forget about those citizens who don't care for you, because as we have witnessed with Trump, keeping your base of support solid, as he has over the past two years, allows you to propose legislation that is important to you and your constituents, which is the reason you entered politics, right?"

Note: Lester's husband occasionally does legal work for Chicago aldermen's political campaigns. None of the officials mentioned are current clients.