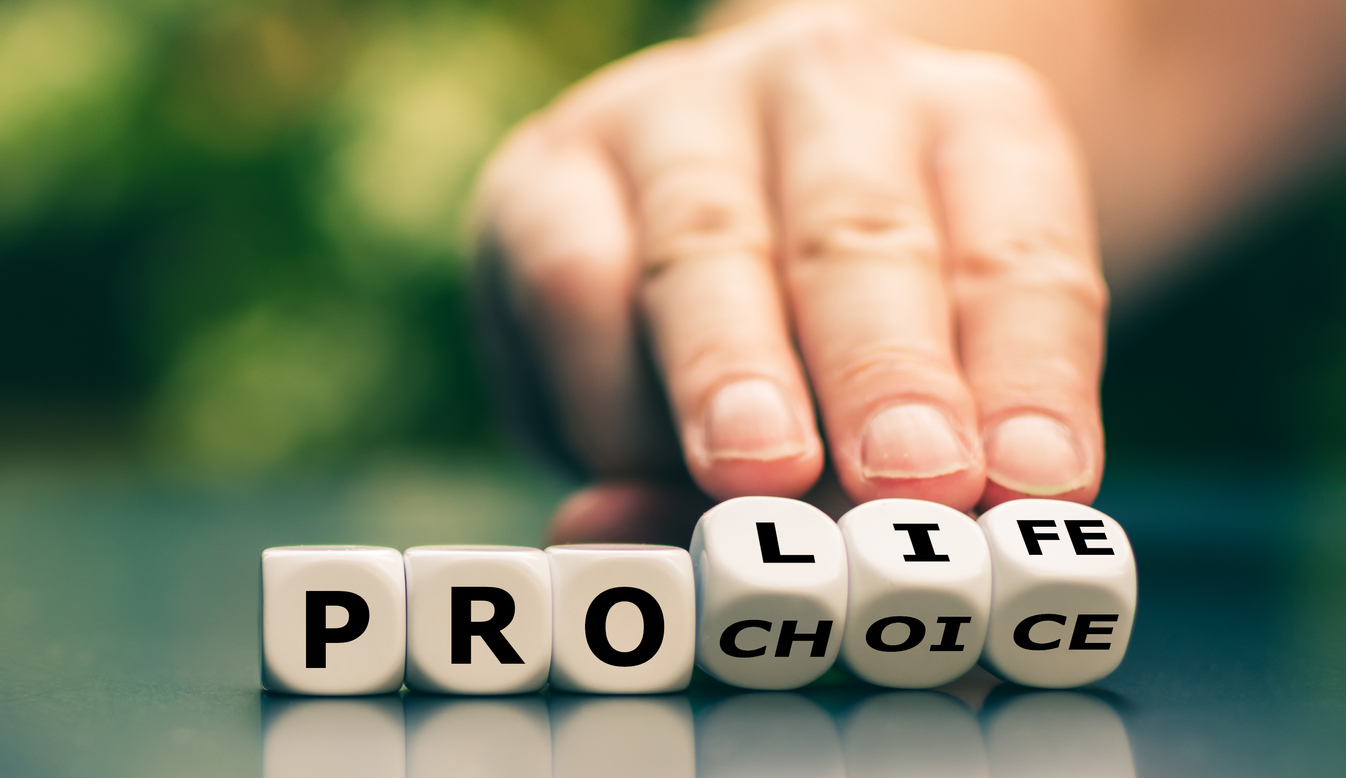 Judicial races don’t typically garner as much attention in Illinois elections as those for the state House and Senate. Add to that the fact that midterm election voter turnout is only about half of that in a presidential election year – like the one coming up on November 8. And the stakes become exponentially higher on a rare occasion such as this where the outcome of this election for two open Illinois Supreme Court seats has the potential to shift the balance of power in Illinois for the first time in 53 years.

‍As timing would have it, with the reversal of Roe v. Wade fresh in voter’s minds, abortion is likely to be one dominating factor in voters’ Supreme Court judicial choices in the two suburban seats open. Just as Roe v. Wade fell after nearly a half century of protecting a woman’s right to an abortion, Illinois could see the pro-life agenda begin to encroach on our history of protecting a woman’s right to bodily autonomy.

‍While judicial candidates run for office along party lines, there is a significant difference between judicial and legislative elections. For one thing, the jobs of judges and the jobs of legislators are different. Legislators enact legislation that ultimately results in new laws. Judges uphold and rule on laws already in place, and they are governed by the Illinois Code of Judicial Conduct, whether currently serving in a judicial capacity or running to become a judge.

Ray McKoski, a retired judge from Lake County, Illinois, explains that Canon 7 of the Code mandates, “Most importantly, in upholding the fundamental value of judicial impartiality, judicial candidates may not commit or even appear to commit themselves on case outcomes. Neither may they take sides on controversial issues.” Issues such as abortion rights, gun rights, and other human and civil rights. The current balance of the Illinois Supreme Court of seven is 4 Democrats and 3 Republicans.

As we learned from the US Supreme Court, the shift in balance of influence over the past decade – leaning more conservative– on the high court resulted in the reversal of Roe v. Wade after nearly 50 years. And, Illinois will likely see more efforts to repeal the Reproductive Health Act.

A Chicago Tribune article on the day of Illinois primary election warned that: Changes in who controls Springfield can lead to changes in state law — specifically, Illinois’ codification of abortion rights, known as the Reproductive Health Act. As it stands, Democrats rule over both the executive and legislative branches in Springfield. But nothing is static in politics, and a future Springfield run by enough conservative, anti-abortion politicians could jeopardize Illinois’ status as a pro-choice state.

‍A Politico report by Zach Montellaro and Shia Kapos stated, “The US Supreme Court may get all the attention. But some of the most consequential decisions for the next decade could come instead from their counterparts in the states, many of whom are facing voters in the fall.”

A Washington Post article also raised the alarm on the high stakes of state supreme court races:  All over the country, the Dobbs decision has drawn attention to the power of state judiciaries, transforming once-sleepy races into high-energy elections that could bring out voters focused on abortion and other civil rights issues, candidates, legal experts and party officials said. Even where abortion has not yet been on the docket since the fall of Roe v. Wade, courts are making decisions on hot-button issues from gerrymandering to affirmative action.

In Illinois, voters’ decisions will impact Illinoisans for decades, as Supreme Court justices are elected for a 10-year term, with another 10-year retention vote that has historically passed. The exception to this came just this year when Thomas Kilbride became the first Illinois Supreme Court Justice to lose his retention vote – setting into motion the possibility that this election could tip the Democrats’ 4-3 majority on the court over to a Republican majority.

Hence, election decisions made in November cannot be undone in the near-term; justices will not have to run again in two or four years as House and Senate legislators do.In the wake of Roe being overturned, and the fact that Illinois (where abortions are legal) is surrounded by states that either completely ban abortions or place severe restrictions on them, suburban Illinoisans are about to cast votes in one of the most important Supreme Court races in Illinois history.

‍An additional factor in this particular midterm election is last year’s redrawing of the court’s boundaries for the first time in 58 years. While the recent, and oft criticized, redistricting in Illinois did redraw maps that slightly favor Democrats in this race, groups on both sides of the issue are hoping, and working toward, an outcome that benefits their own agendas.

‍Predicting the future: Pro- vs. Anti-abortion

‍Illinoisans on both sides of the issue are paying attention.

As Mayor Lori Lightfoot said on the day of Roe’s overturning, “We are one Supreme Court justice away in Illinois from having a very different conversation … We cannot afford to go back.”

Groups on both sides have a vested interest in not only who gets elected to the Illinois State House and Senate, but the Illinois Supreme Court.

“Clearly, state Supreme Court races are incredibly important,” says Amy Gehrke, Executive Director for Illinois Right to Life, a 501c3 organization. “The abortion industry will stop at nothing to make sure that abortion is available without restrictions. Our fear is that advocates can put the right to an abortion in the Illinois constitution.”

‍But pro-choice groups like Planned Parenthood Illinois Action aren’t sitting idly by on the sidelines. They’ve mounted a strong Get out the Vote effort across the state, focusing on educating voters on the importance of this election (as well as House and Senate races), how to register and vote, and where to look down-ballot for judicial candidate selections.

“We have to understand that we can no longer rely on the US supreme court to protect a fundamental right like reproductive health care,” says Brigid Leahy, Vice President of Public Policy, Planned Parenthood Illinois Action. “Now that the Supreme Court has overturned Roe v. Wade, our state judicial system has become important in a way it wasn’t before. Now we are going to rely on our state courts to protect our rights. Certain things are fundamental and we should be able to make our own decisions.”

‍“Anti-abortion groups have turned to the courts to attack reproductive rights in Illinois. They’ve filed suit to repeal the Reproductive Health Act for one,” says Leahy. “Moving forward, we have to make sure our Illinois courts and the Illinois judicial system is going to protect our rights.”

In a WBEZ article, Dave McKinney reported, “On abortion, a new court ultimately could be confronted with litigation from anti-abortion advocates that seeks to dismantle a landmark state law Pritzker signed in 2019 that requires health insurers cover abortions and that repealed a 1975 law criminalizing abortions. That case is pending in Sangamon County Circuit Court.”

‍Gehrke adds,“We want to work to get the parental notification back in place in Illinois. Among other negative impacts, the repeal of parental notification has emboldened human traffickers to cover their crimes by forcing young girls to have abortions. Having jurists on our supreme court who will respect the right to life, as well as people with disabilities and the terminally ill, would be nothing but good for Illinois.”

But Leahy points out that other personal rights are also being threatened. “We have great concerns about many of our other rights that come from the judicial philosophy behind Roe,” she says. “Our right to privacy was undercut. There are concerns about a full range of reproductive health care rights – decisions about abortion, birth control, sterilization, and how a woman chooses to have their baby – that could be stripped away.”

‍“Down-ballot” refers to those elections located way down at the end of the ballot. And, judicial candidate choices happen to be at the very bottom of every ballot.

“The worst part of it is [judges] are last on the ballot. So you know, people don’t get down there even to vote for these positions, which honestly could be the most important vote that they’re taking on November the 8th,” said Kathleen Sances, president of Gun Violence Prevention Action Committee, an Arlington Heights-based gun control advocacy group, in a WBEZ article.

‍With the abortion issue looming larger than ever in America’s consciousness, and with the outcome of this election set to impact Illinois’ Supreme Court for a decade or more, it is crucial that voters get out to the polls on November 8 and make it all the way down-ballot to select the Supreme Court justice that reflects their own values.Our democracy, and the State of Illinois, depends on voters making their voices heard.