Illinois' Risk of a Census Undercount 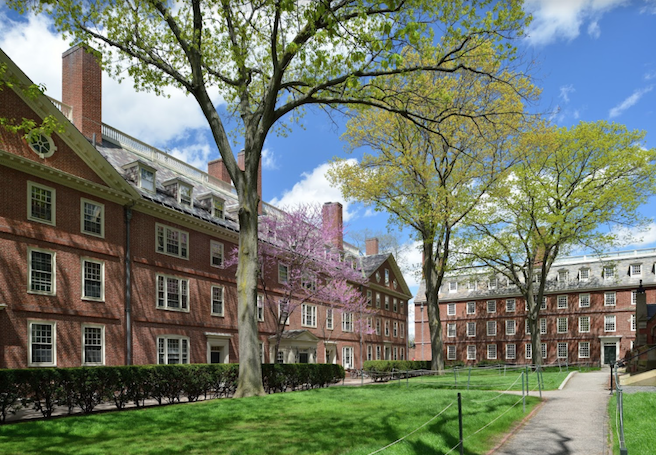 Champaign Mayor Deborah Feinen is worried about the U.S. Census. With tens of thousands of University of Illinois students absent from the flagship Urbana-Champaign campus since March due to the pandemic, there’s a risk her city’s student population will be undercounted, reducing levels of federal funding the municipality receives for various programs.

“Tax dollars are distributed to communities based on the population counted in the decennial census,” she says. “College students who live in Urbana-Champaign are residents of our community and should be counted here. The COVID-19 pandemic has made that count more challenging.”

Attempting to count every U.S. resident has long been a mammoth task, but the pandemic has made it harder to reach difficult-to-count groups such as college and university students. Illinois schools moved to remote operations just a few weeks before Census Day: April 1st.

The U.S. Census Bureau had planned to begin door-knocking efforts that month, but with much of the country shut down, it delayed outreach until well into summer. Then, on August 3rd, the bureau announced it would end its counting efforts on September 30th—a month sooner than planned. The move, a reversal from the bureau’s push earlier this year for a four-month extension, sparked strongcriticism from both former directors of the bureau and Democrats, who say an accurate count is now virtually impossible.

The tightened census schedule means less time to count Illinois’ large college and university student population, which raises the risk of an undercount. The stakes are high: The Census directly impacts how political power (in the form of U.S. congressional seats) and federal dollars are distributed.

COVID-19 has made the whole process a lot harder

“Pandemic concerns have led to a shortage of enumerators,” says Cynthia Buckley, a demographer and sociology professor at the University of Illinois at Urbana-Champaign. She adds that in Illinois, there’s a shortage of nearly 600 enumerators, also known as census takers. These are the people who knock on doors for “non-response follow-up,” if residents didn’t complete the census online or by mail or telephone.

Accurately counting Illinois’ Higher-Ed student population is “of clear importance in a full 2020 count,” she says. In the Fall of 2019, Illinois had the seventh-highest number of enrolled post-secondary students among all states—583,790—according to The National Student Clearinghouse Research Center.

“At the state and local levels, missing population can and does translate into a loss of federal funds. The Urbana-Champaign area can only benefit from the enumeration of all the over 50,000 students enrolled at the University of Illinois,” Dr. Buckley says.

As of August 5th, 67% of Illinois households had responded to the census, Dr. Buckley says. That’s slightly higher than the national census completion rate, which The New York Times reported on August 4th was 63%. To see learn your neighborhood’s response rate, visit www.censushardtocountmaps2020.us.

There’s one big reason a large portion of Illinois college and university students are likely to be counted properly: the Census Bureau allows school administrators to directly submit student directory information. This ensures that on-campus students are properly counted as residing at the college, despite campus closures. More than half (54%) of the institutions the bureau reached out to pre-pandemic opted for this approach, rather than relying on students to fill out individual census questionnaires.

Northwestern University has worked directly with the bureau through its “group quarters” process, says Robert J. Donahue, acting director of the school’s Center for Civic Engagement. For that reason, most of Northwestern’s census student engagement efforts have been focused on off-campus students, including graduate and international students.

“We have utilized a multi-pronged approach—organizing representatives of key campus departments, student organizations and communications resources for the campus community (Northwestern News, websites, social media, etc.),” Donahue says. “We have also helped organize students to promote the Census among their peers.”

As the new academic year begins, the school will be reminding students through its campus-wide voter engagement program that they can still respond through September 30th if they have not yet done so. “The shorter window makes this effort harder, but we are adjusting accordingly,” Donahue says.

Overall, “we think we have decent response rates given our participation in the group quarters process for on-campus students, and given the challenges of moving to a remote operation just prior to Census Day. That said, our current best estimates of off-campus students response rates remain a bit down over 2010—an issue we hope to help rectify as many students return to the area for the fall.

At the University of Illinois at Urbana-Champaign, engagement efforts have included social media messaging, mass emails and outreach to campus student organizations. Staff members have also been part of outreach efforts beyond campus through the Champaign County Complete Count Committee. “These efforts will continue into the fall, as we recognize what is at stake in our community being undercounted,” says Stephen P. Bryan, associate vice chancellor/dean of student support and advocacy at Urbana-Champaign.

Mayor Feinen, whose city is also part of the Complete Count Committee, notes that University of Illinois at Urbana-Champaign has given student population information covering dorms, Greek housing and private certified housing directly to the Census Bureau. But “residents of private apartments near the University of Illinois campus have very, very low response rates currently,” she says.

If Champaign’s population is ultimately undercounted, that could negatively impact the annual federal Community Development Block Grant the city receives to provide housing assistance, she adds.

Undercounting would give her community “less power to advocate and shape policies—and allocate federal funds—toward issues that matter to Champaign residents.”

Haven’t completed the census yet?