Illinois leads the nation in coronavirus preparation. Here’s why: 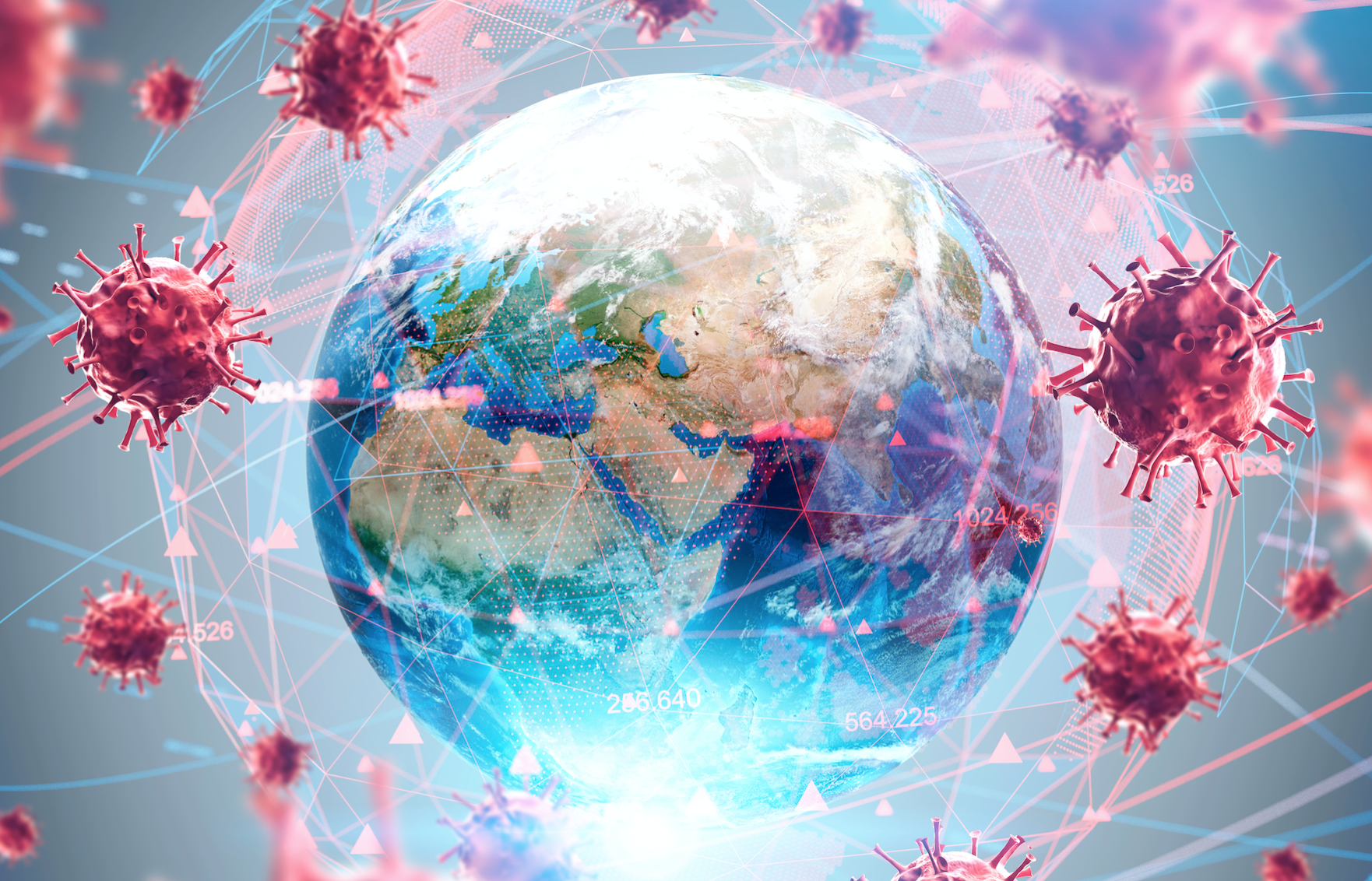 Gov. JB Pritzker issued a disaster proclamation Monday to better prepare the state for the spread of the new coronavirus, as the number of Illinois residents confirmed to have the disease rose to 11.

The governor told reporters that he was following the lead of 13 other states with disaster proclamations or similar states of emergency to get ready for future cases, even though the number of affected Illinoisans is now low. The declaration will allow the state to get federal disaster funds more easily, to stockpile and distribute equipment like masks and gloves for health workers, and to cut through red tape if officials need to move quickly.

“It’s hard to tell whether this is something that will crest sometime soon for the globe or here in the United States. As a result, we are taking significant precautions,” said Gov. JB Pritzker last week. “We’re preparing. We are prepared but we’re making heightened preparedness the focus of our work.”

When the outbreak of a coronavirus first started, Illinois officials felt prepared. They had simulated a very similar crisis just last year, which helped them refine their plans before word got out about the spread of Covid-19. While other states and the federal government have been criticized for their slow efforts to start testing for the virus, Illinois was the first state to get permission to conduct its own testing.

But as the months go by and more people contract the disease, Illinois officials warn that substantial challenges remain to respond to a wider outbreak.

The list of outstanding issues to address is long. Illinois is trying to find places like motel rooms where sick patients can stay until they recover, so that vulnerable patients or health care workers in hospitals don’t become infected. The state is trying to secure more materials from the federal government, so that it can conduct more widespread testing. And Illinois officials are working with everyone from schools to nursing homes to local governments to prepare for the possibility of more widespread illness.

Congress addressed one of the state’s main concerns – how to pay for all the extra costs associated with the outbreak – when it passed special legislation that will allow the federal government to spend $8.3 billion to contain the outbreak.

Some of that money will go to reimburse state and local governments for their initial responses to the crisis. Ngozi O. Ezike, the director of the Illinois Department of Public Health, said that the state has tracked its costs closely. During the first five weeks of the state’s response, its spending on coronavirus efforts topped $20 million.

In a separate move, the Centers for Disease Control and Prevention (CDC) announced last week that it would direct $2.75 million more for IDPH and $1.75 million in initial funding for the Chicago Department of Public Health to keep tabs on the spread of disease, prevent further infections and pay additional staff costs for the coronavirus response.

The United States lags other countries in the number of people it has tested for coronavirus, and testing in Illinois has been limited, too. As of Saturday, March 7, the state had tested 263 patients. (IDPH is posting updated numbers here.) By Monday, there were 11 reported cases of coronavirus in Illinois. But many experts worry that cases in the U.S. are going undetected, because of the country’s slow start in testing.

Pritzker said Illinois got a jump on other states in doing its own testing for coronavirus, because its officials realized that testing would be a need early on. Illinois’ congressional delegation helped push the U.S. Food and Drug Administration (FDA) to give Illinois the green light.

“We were the first state in the nation able to test for COVID-19, because we knew to press for that capability. We now have three testing labs: in Chicago, in Springfield and in Carbondale,” Pritzker told reporters last week. “Few states in the nation have our capability.”

The initial phase of testing focused on people who were the most likely to test positive, patients with symptoms like fever, cough and difficulty breathing that could not be explained by other known illnesses. National guidelines also said the testing should be reserved for people who had visited or had other connections to places where outbreaks had already occurred.

But Illinois has also started doing random and voluntary “surveillance testing” in select hospitals around the state to determine whether the coronavirus is spreading away from known hotspots. To do so, the IDPH is looking at the specimens of patients who showed flu-like symptoms but did not test positive for the flu. As of Monday, the state had examined 80 specimens from patients that met those criteria. (Coronavirus testing can require multiple specimens per patient.)

In order to do the robust testing, though, the state needs the CDC to deliver more control reagents, the materials chemicals used to determine whether a sample contains the new coronavirus. (The first testing kits the CDC initially sent to several states contained faulty reagents, which delayed the ability of many states to carry out tests in their own labs.) Ezike said Monday that the federal government delivered more reagent over the weekend, but the state is still asking for more.

“Illinois has a finite amount of reagent on hand and needs assurance that CDC can provide an uninterrupted supply of testing materials,” Ezike, the IDPH director, told a congressional panel last week.

“The ability of states like Illinois to test samples lessens the burden on the CDC, especially at this moment when not every state is able to test. To support this, the state of Illinois has encouraged the CDC to expedite additional reagent shipments to Illinois and other states,” she added.

At a press conference Monday, Pritzker said that commercial labs should begin testing in Illinois this week. Ezike added that the state is trying to develop its own test to detect the coronavirus.

Many members of the public have asked whether the state should be testing more patients, but Chicago Health Commissioner Allison Arwady told reporters Monday that testing people who didn’t show symptoms could be counterproductive. Patients without symptoms won’t test positive for the virus, even if they have it, she said. That could give them the false impression that they are in the clear, but they could develop symptoms of the disease later on.

So far, 10 of the 11 known cases of coronavirus in Illinois came from people who were in close contact with others who were known to be infected or came from a known hotspot of infections.

Finding places for patients to recover

It may seem counterintuitive at first, but public health officials would prefer that people who suspect they might have coronavirus do not come to hospitals or other medical facilities, at least not without calling ahead. The problem is that they don’t want more vulnerable patients or health care workers to catch the disease. It can be fatal for certain patients, particularly elderly people. And if doctors or nurses think they may have contracted the disease, they have to isolate themselves for two weeks, which, of course, means they cannot treat patients.

But the question of where to house patients while they recover or are monitored for symptoms is not an easy one to answer.

Ezike said the state is constantly keeping track of airborne infection isolation rooms where patients can go while they recover. (Patients living alone can usually stay in their home, but those with roommates usually need a separate space to prevent infecting their companions.)

The ideal type of location would be a motel, Ezike told members of Congress. That way patients can be housed in rooms with their own exits, their own air intake systems and no common lobby where the virus could be easily spread among patients. But many commercial sites don’t want to use their buildings as quarantine zones. In one case, Illinois officials had to rent an R.V. to house a patient who needed to be isolated, because no other facilities were available, according to Ezike.

Preparing for a bigger outbreak

Illinois officials are preparing for a wider outbreak of coronavirus on several fronts. They’re trying to secure masks and other protective equipment for health care workers. They’re talking with local public health departments about protocols for possible school closures. The governor said he has personally talked with the CEOs of health insurance companies to stress the need for covering insured and underinsured patients. All of the health insurers in the state have said they would cover the costs of testing and treatment, the governor said. Pritzker also stressed that price gouging “would not be tolerated.”

Ezike even told U.S. House members last week that she would like to see a way to compensate people financially for staying home and not working while they’re being monitored for symptoms. One Illinois patient wanted to leave the hospital before their test results came back, because she or he was worried about missing work and not being able to provide for their family, Ezike said.

Pritzker said Monday that his staff is looking at the possibility of using state unemployment insurance funds to help people in self-isolation, but he did not offer details. He said developing a state solution would be quicker than waiting on Congress to come up with one.

Ezike described a close working relationship between IDPH staff and their counterparts at the federal CDC. While many people – including top Democrats on Capitol Hill – have criticized the Trump administration for its handling of the crisis, Ezike said there has been “robust coordination and collaboration” between Illinois public health officials and their federal officials.