From Pot and Betting to Plastic Bags: The State of Pritzker’s First Budget

With Illinois hobbled after years of financial crisis, newly minted Gov. J.B. Pritzker outlined a budget plan in February that relies on cash from a raft of new and often controversial sources, ranging from legalized sports gambling and marijuana to a tax on plastic bags. 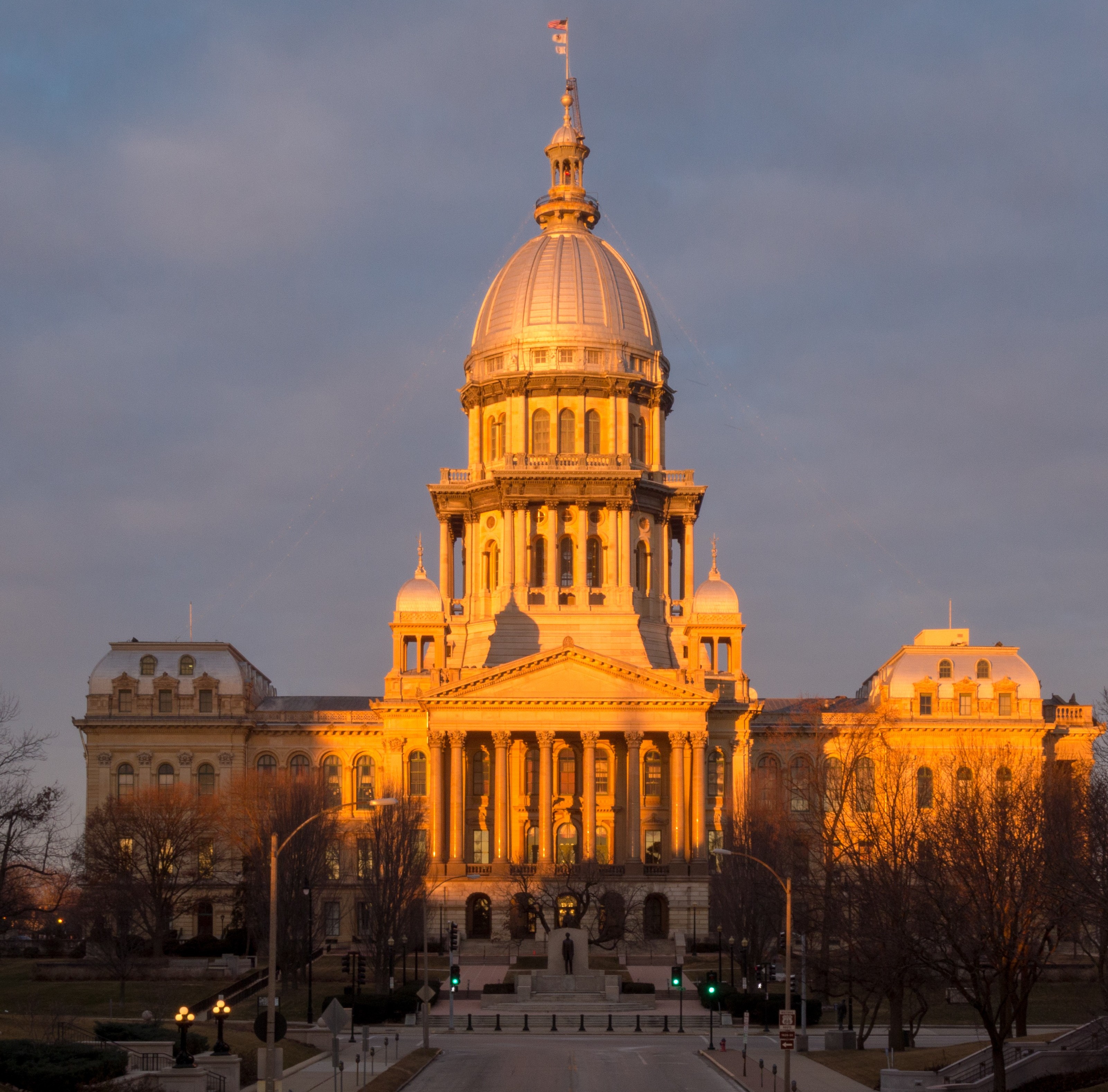 Now as lawmakers enter the final two weeks of their regular legislative session, uncertainty hangs over many of those initial proposals.

Pritzker’s long-term fix for Illinois hinges on amending the constitution via referendum to tax high incomes at a higher rate. But to balance the budget starting July 1, Pritzker floated a hodgepodge of new, additional revenue sources to provide a $1.12 billion “bridge to a stable fiscal future.” If the extra cash doesn’t come through, a 4 percent across-the-board cut to state agencies would be required, according to Pritzker.

With the clock ticking at the state Capitol, the Center for Illinois Politics is taking a look at the current state of Pritzker’s key proposed revenue boosters.

While it will take months for businesses to start selling marijuana, Pritzker’s budget proposal relies on cash coming in quickly from upfront licensing fees that will be offset by future tax credits.

Legislation that would make Illinois the 11th state to widely legalize pot was introduced with less than a month to go in the session and revisions may come this week. Opposition is not insignificant - 60 lawmakers support a resolution calling for legalization to slow down and divisions have surfaced over plans to expunge old marijuana-related convictions.

Pritzker hoped Illinois would be the first Midwest state to legalize sports betting, but Indiana and Iowa recently approved it. That may serve as an argument for hesitant lawmakers to get on board.

But like previous gambling expansion legislation, this proposal is potentially threatened by calls for other changes for race tracks, video gambling and casinos. Historically, the divergent interests involved have hamstrung progress.

Plus, there appears to be plenty to argue over regarding just how sports betting should be legalized: tax rates, locations, college sports involvement and the cut for professional leagues, to name a few. So far, several different plans have been introduced.

Like marijuana legalization, Pritzker’s revenue estimate from sports wagering for the next fiscal year banks largely on upfront fees of $10 million per license, which would again be offset by tax credits in later years.

Pritzker’s plan for a nickel tax on bags would make Illinois the first with such a statewide tax.

While supported by many environmentalists, the tax -- paid by consumers every time they shop and designed to force them to change habits -- has the potential to draw the ire of many. A few states, including Indiana, ban such taxes.

At least two bills have been introduced, both with higher taxes than Pritzker’s plan. Yet they earmark much of the money for special funds, local governments and retailers.

Raising taxes on tobacco has long been a go-to for governments needing revenue, and Pritzker takes another step down that path. He proposed a 36 percent tax on the wholesale price of e-cigarettes and a 32-cent hike on a pack of cigarettes.

Earlier this month, Senate President John Cullerton went even further and proposed raising the cost of a pack of cigarettes by $1 and doubling the wholesale tax on other tobacco products. Supporters projected this plan would bring in about $179 million.

Pritzker is borrowing an idea from California and Ohio in proposing this tax on certain insurance companies to help fund Medicaid. But the plan is complex and draws concern from insurance lobbies and health care interests. The plan has garnered little attention, but House Majority Leader Greg Harris, a Chicago Democrat, has been working for years to craft one capable of gaining support and this year many Republicans appear to be on board.

Pritzker wants to phase out a tax credit program passed under Gov. Bruce Rauner and generally popular among conservatives and private schools, including the Catholic church. The program grants a 75 percent credit for contributions to scholarship funds for lower-income students attending private schools. Opponents view it as a backdoor way to subsidize private schools. Pritzker’s plan would limit total eligible contributions to $50 million.

Pritzker wants to raise taxes on high-earning video gambling companies that operate slot machines in bars, restaurants and truck stops across the state. Some analyses show Illinois to have lower taxes than other states on these machines. But companies that own them argue the state could raise additional revenue without hiking taxes - they want to entice more gamblers with more machines and higher limits on bets and payouts.

With tens of thousands of machines in 6,800 locations, lawmakers have plenty of constituents with a stake in the system. Some bar owners have descended on Springfield to argue against the tax. While it might not impact them directly, they fear a ‘slippery slope’ effect down the road on their own take from the machines.

This tax change has been floated in the past without success. Currently, retailers receive 1.75 percent of sales taxes to cover the cost of collecting the tax. Pritzker wants to cap that at $1,000 per month, which his office says would only impact about 1 percent of retailers. The move would also bring in $58 million for local governments. The influential Illinois Retail Merchants Association is vigorously opposing.

Rounding out Pritzker’s plan is big-ticket change that has gained relatively little public attention: decoupling the state from a new federal corporate tax deduction for certain types of foreign income.

Most gubernatorial budget proposals are considered to be a starting point. And while debate remains about Pritzker’s opening proposals, the governor and the Democratic-controlled General Assembly have a strong incentive to avoid gridlock after years of financial tumult. ‍

The Center for Illinois Politics will continue to monitor the evolving situation in the weeks to come.