Fake News: Is it happening in Illinois? 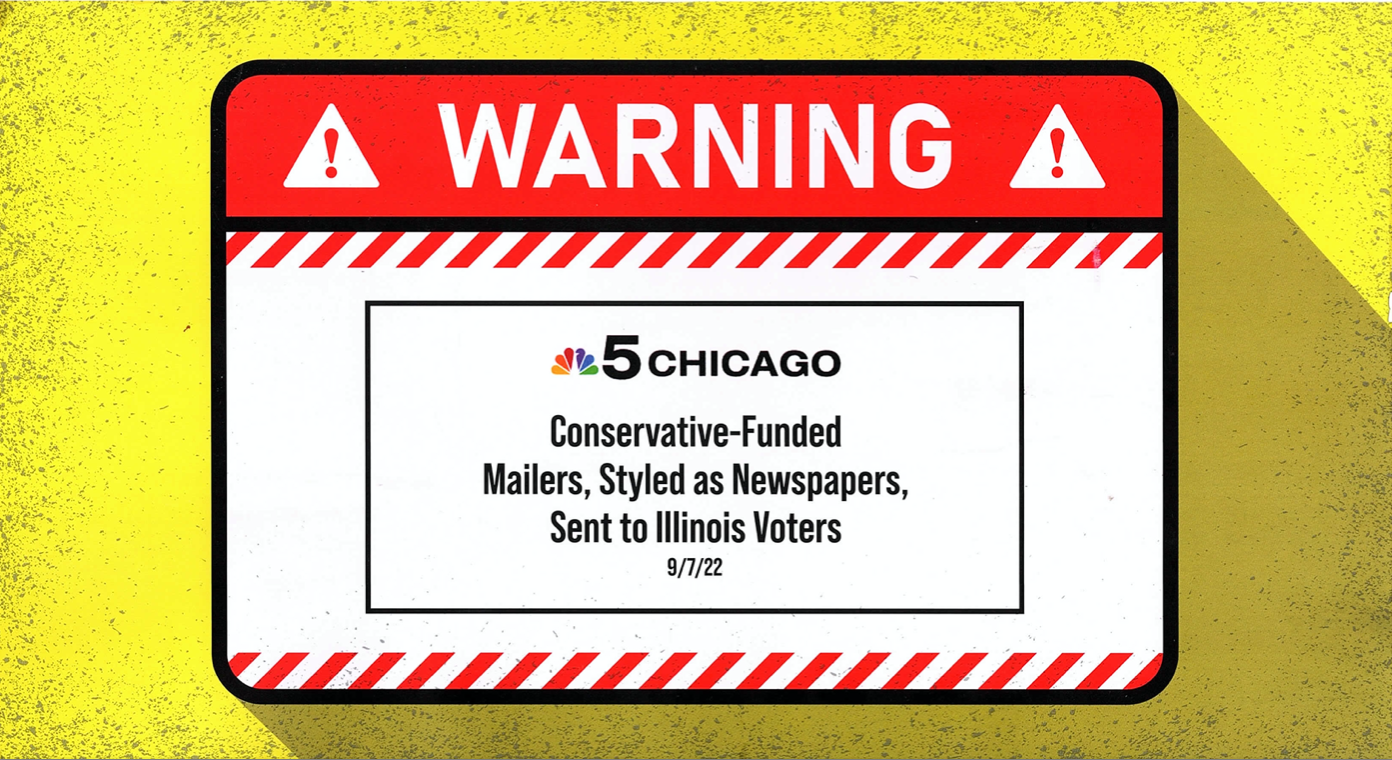 Donald Trump may have resurrected and weaponized the term “Fake News” – in his case to lash out at and cast doubt on anyone reporting news he didn’t like about his presidency, his business dealings, or his income tax filings – but the concept is not a new one in our increasingly polarized political environment.

It seems that a new phenomenon is taking hold with phony newspapers being sent to homes across Illinois. The goal of these publications is to confuse and fool people into believing they are reading news when in fact they are reading biased reporting that’s politically driven.

An example is Lake County Gazette, one of 34 publications, 11 of which are in print, published by Local Government Information Services (LGIS). The news outlet has seen steady growth since it was established in 2018. Other titles include Chicago City Wire, McHenry Times, North Cook News, and Sangamon Sun.


These publications are not traditional news, but are in fact hyper-partisan ventures engaged in media manipulation to advance the publishers’ agenda.

A Shaw News article recently reported, “They are drawing attention – including from Gov. JB Pritzker – for being politically charged and containing right-wing talking points just a couple months before the November election.”


“These are not newspapers as defined by [Illinois] law,” says Don Craven, President and CEO of Illinois Press Association (IPA), established in 1865 and one of the largest state newspaper associations in the country representing more than 400 daily and weekly newspapers. Membership in IPA requires that a member must be a newspaper as defined by the Illinois statute Chapter 715 ILCS 5/5.

“LGIS is in a constitutionally protected space, and this is clearly protected speech, but it’s unfortunate that it is designed to look like a real newspaper when it’s not.” LGIS is not a member of the Illinois Press Association.

The problem is, it’s often hard to distinguish these so-called “newspapers” from traditional, fact-based reporting.

The effects of Fake News

According to a National Endowment for Democracy Issue Brief, “When its purpose can be described as political, fake news begins to resemble more insidious content,” and that “…disinformation also describes politically motivated messaging designed explicitly to engender public cynicism, uncertainty, apathy, distrust, and paranoia, all of which disincentivize citizen engagement and mobilization for social or political change.”

Call it fake news, disinformation, or outright propaganda, the proliferation of these types of news outlets in Illinois – both in print and online – is reason to raise public awareness.

How to tell the difference

“The ongoing LGIS controversy is a perfect teaching lesson that people need to pay attention to what they read,” adds Craven. “I’ve represented the IL Press for 40 years, and it has consistently been my advice that somebody’s name has to be attached to it.”

News consumers need to analyze publications, both online and in print, by identifying the author/publisher, purpose, and point of view, and objectively evaluate the quality and credibility of the content.

One first step is to do a quick Google search for the publication in question to determine some basic information.

On its website, the Chicago Tribune describes itself: The Tribune, winner of 27 Pulitzer Prizes, is known for its innovative investigative reporting, insightful coverage of the arts and culture, and community-leading opinion writing.

In contrast, on its Lake County Gazette website, LGIS states its Core Beliefs: We believe in limited government, in the constructive role of the free market and in the rights of citizens to choose the size and scope of their government and the role it should play in their society.

The line between objective journalism and political advocacy has been blurred considerably in the twenty-first century. Just because it looks like, reads like, and feels like “news,” that doesn't make it news. A healthy dose of skepticism is in order. Do your homework and question the source. That should give you your answer.