Ethics in Illinois: Springfield, we have a problem 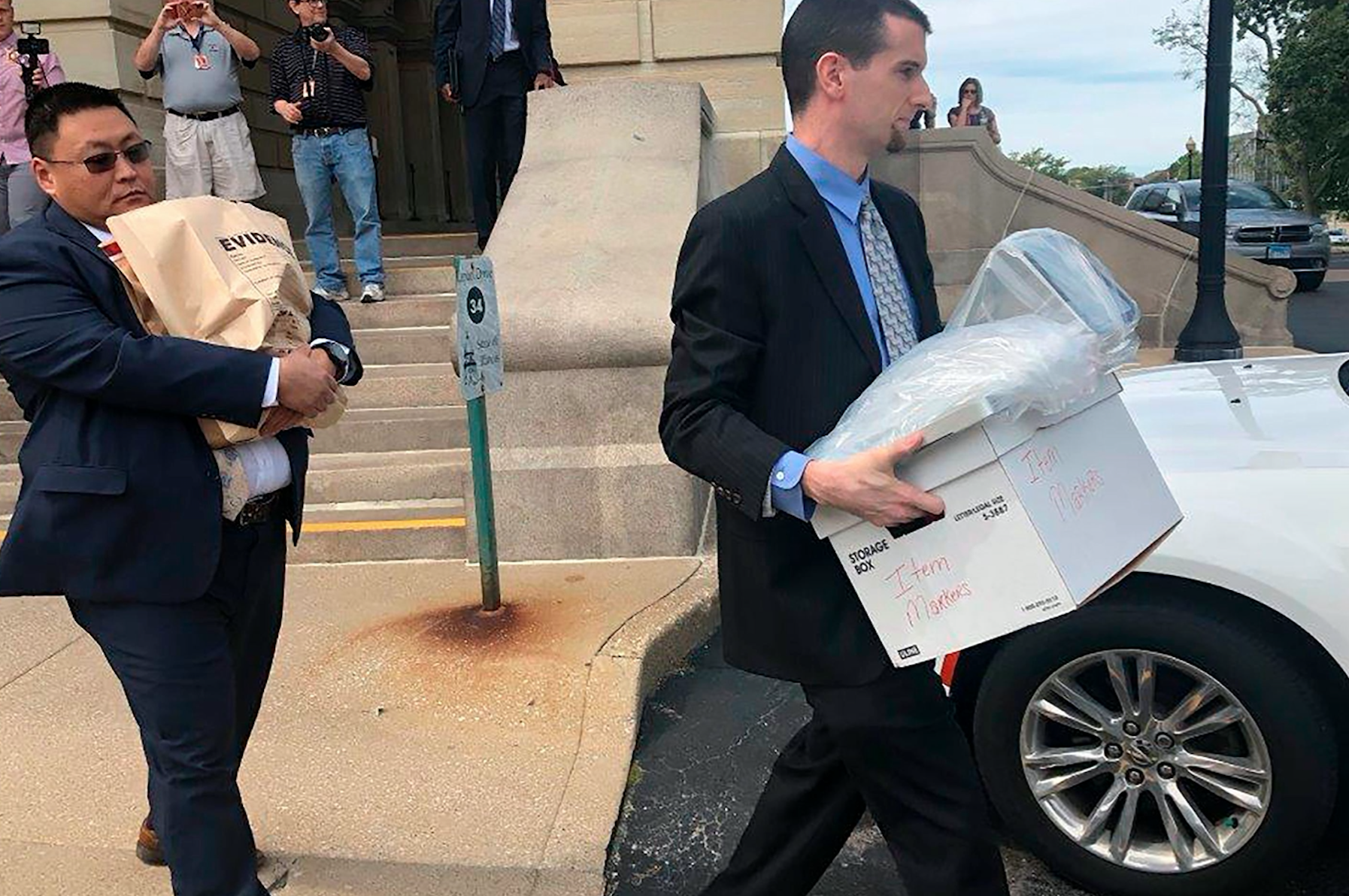 A majority of our readers will remember the conviction of Gov. George Ryan followed by the impeachment of Gov. Rod Blagojevich – events which cemented the impression many people have of our state – where the culture is often referred to as one of corruption and “business as usual.”

It’s been over 10 years since Blago’s conviction, but once again Illinois is embroiled in the usual business, prompting the #MeToo movement, FBI raids and indictments numerous lawmakers. Now, media outlets have in recent months connected the dots on pay-to-play lobbying arrangements between public utility giant ComEd and members of the General Assembly.

Things are so bad that one member of the state Ethics Commission has been accused of wearing a wire for almost three years to collect evidence on fellow lawmakers.

Need we mention the sudden and shocking retirement of long-time Senate President John Cullerton? And reported infighting among some lawmakers demonstrates how fractured the majority party has become. It’s totally understandable considering that Illinois lacks an established, formal independent and trustworthy process to investigate and confidently address the frequently occurring allegations and reality of corruption.

And with a newly formed Joint Commission on Ethics and Lobbying Reform, Illinois will once again take aim at addressing and rooting out corruption.

At the Center, we took a look this week at how we compare to other large states, and what Illinois may gain from emulating them:

In 2003, the Illinois Legislative Ethics Commission was created in hopes of curtailing the pervasive corruption among IL lawmakers. The Commission is limited, however, in the scope of its capabilities.

This means that at any point, the LIG’s attempts to investigate and take steps to address corruption can be circumvented by the members of the Ethics Commission. This has led Julie Porter, a former LIG, to say that the office is “broken”.

The Legislative Ethics Commission’s jurisdiction includes current and former members of the General Assembly regarding events occurring during a member's term of office and current and former State employees. Officers of the State Executive are subject to their own ethics commission.

The Joint Commission on Ethics and Lobbying Reform

A product of this fall’s veto session, this new reform commission is an effort to heal the failures of the past Commission. The resolution’s language is very much remedial and comprised of Democratic appointees. Its tasks include reviewing several pieces of past ethics legislation, with input from both experts and the general public.

In total, California has three different public bodies that deal with legislative ethics - the Senate Legislative Ethics Committee, the State Assembly Special Committee on Legislative Ethics, and the Fair Political Practices Commission. While the former two are a part of the California legislature’s power structure (and specifically concerned with ethics issues in each house), the third is in fact independent from it, with its five members being alternatively appointed by the Governor, State Controller, Secretary of State and Attorney General.

The Fair Political Practices Commission also has quite broad jurisdiction over political matters in California, being able to extensively investigate and prosecute members of both the state legislative and executive branches, as well as candidates, more local public officials and lobbyists. This is very much unlike Illinois, which organizes its public ethics bodies into parallel Legislative and Executive commissions, each having fairly limited jurisdiction.

Each chamber of the NY state Congress has their own legislative committee.

‍There are also two more adjunct ethics commissions in New York, the NYS Legislative Ethics Commission (formed in 2007) and the Joint Commission on Public Ethics (formed in 2011), each created after successive calls for ethics reforms. Both commissions address the consistency of ethics regulations, issue advisory opinions, review report findings, propose regulatory and statutory changes, and have jurisdiction over members of the state legislature - though only the NYS LEC can actually enforce ethics norms over them. The JCOPE, on the other hand, openly publishes the financial disclosure statements of legislators.

Texas state politics has a bit of a history with ethics violations. There have been several notable pay-to-play scandals since the ‘70s, which prompted legislation in the ensuing decades. Campaign finance reform, public disclosures, lobbying restrictions, and later, the creation of the Texas Ethics Commission.

Gov. Greg Abbott has prioritized ethics reform, signing bills that revoke public pensions from legislators who commit felonies while in office, shine light on government contract deals, and add restrictions for departing legislators looking to become lobbyists. As in other states, efforts to further improve the ethics of political practices in Texas are still ongoing, with articles published in the last two years citing slow but progressing changes to regulation.

Now, here’s a look at lobbying restrictions by state

California - A legislator has to wait for a full year following the end of his or her last session before lobbying. California also explicitly says lobbyists and public officials must be mutually exclusive; you can't be both.

New York - There's a two-year cooling-off period. However, there's a catch: If the former employee, official, or legislator is seeking to lobby regarding an issue they worked on directly while part of the state government, they do not have to wait for two years. BUT, this expedition has to be approved by the state commission on ethics. New York also spells out that a lobbyist cannot be a current public official.

Texas - There are no laws establishing a waiting period. Texas' definition of a lobbyist doesn't apply to members of the state government, leaving ambiguity over whether one can be both simultaneously.

Illinois’ economic interest statements are much more bare-boned than any of the other states. Among the weaknesses critics of the Illinois system cite: State lawmakers have to identify interests in any entity "doing business" in Illinois — but not those out of state. Local officials only have to list ownership in an entity "doing business with" their local government — but not entities that face local regulation or that contract with neighboring governments.

Likewise, government officials must identify law firms or insurance firms that pay them, but don't have to identify the firm's clients — even if those clients get business from or face regulation by the government. They also have to name those that gave gifts valued at more than $500 — but they don't have to put a dollar amount on the gift or specify what the gift entailed.

Officials also don't have to disclose debts or actual dollar amounts of their business interests.

New York only asks for legislative officials to fill out financial disclosure statements. Specifically, elected officials need to disclose how much money they've been gaining from more "direct" sources (be it through gifts or various forms of income) or from what "interest" income (contracts with local or state agencies, trust interest, real estate, securities, liabilities and receivables).

However, interestingly enough, the Joint Commission on Public Ethics, which keeps these records, can potentially only publish them in a limited capacity - they're in fact not subject to the Freedom of Information Act  and there are some provisions in their regulations for politicians to request that certain parts of their disclosure statement be deleted before publication. They do, however, make the prima facie full statements public.

California only asks for statements of economic interest, known as Form 700. They're filed and kept with the Fair Political Practices Commission, and every elected official or public employee who has meaningful decision-making influence needs to do them. Now, its purpose is fairly similar to NY's financial disclosure statements, with public officials having to disclose how much money they're making from direct and indirect sources. California also makes these statements public. The FPCC is currently in the process of uploading all these documents. Local officials also file their statements with local bodies.

In Texas, the Texas Ethics Commission requires most politicians to fill Personal Financial Statements, which once again is similar in structure to the other two. It gauges for both direct and indirect sources of income, the latter including stock and bonds owned by filers. These statements are only available to the public pursuant a request to the TEC under the Texas Public Information Act, but not in any kind of open electronic directory.

This most recent round of scandals has triggered the creation of Illinois’ new joint commission to review and make changes to ethics and lobbying. On the heels of federal raids and investigations into several state lawmakers, transparency and accountability in Illinois government are needed now more than ever.