During Spotty Federal Response, Pritzker Turns to Other Governors 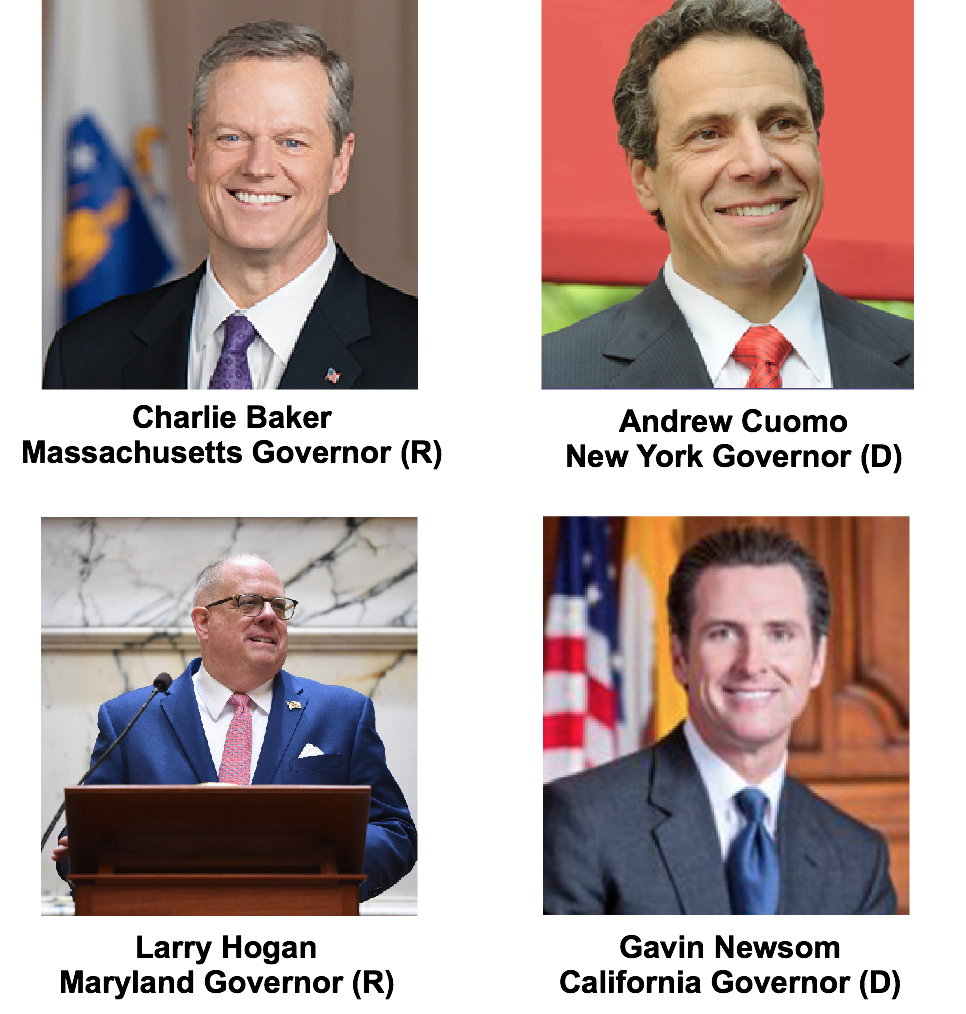 Illinois Gov. JB Pritzker makes no secret about his continued frustration with the federal government’s response to the coronavirus crisis, but there is one source of outside help Pritzker has repeatedly relied on: other governors.

The most visible example may have come in early April, when California Gov. Gavin Newsom sent Illinois 100 ventilators. At the time, the state had received 600 ventilators from the federal government, out of the 4,000 Pritzker had requested.

“I want to express my sincere gratitude to the people of California & to @CAgovernor Gavin Newsom, who sent us 100 ventilators overnight for use by patients here in Illinois,” Pritzker wrote on Twitter after the machines arrived at the Springfield airport. “It’s truly incredible to work with elected officials across the nation who are providing real leadership.”

“My pledge to the state of California, and every other state and territory, is that when we can, once we are past our peak, Illinois will pay it forward in any way we can including passing along these ventilators to the next hotspot in the nation,” Pritzker added. Illinois sent the ventilators back to California at the end of April.

But the biggest type of help other states’ governors have provided Pritzker has been information, he said.

“I reach out all the time. I get texts and calls all the time,” he said. “I made it part of my mission, through the NGA [National Governors Association] to get to know the governors of Oklahoma and of Idaho and, of course, of Indiana and Missouri and Iowa. So I know most of the Republicans and I think I know all the Democrats.”

Pritzker has said he has spoken repeatedly with Maryland Gov. Larry Hogan, a Republican who leads the NGA this year. Pritzker said Hogan has been “very responsible” in pushing the federal government to help states during the pandemic, even when it has meant criticizing a fellow Republican.

Recently, Pritzker called Massachusetts Gov. Charlie Baker, a Republican and one-time health insurance executive, for advice in setting up a program like the one Massachusetts created for tracing the contacts of people infected with COVID-19.

Earlier, he talked to the governors of New York and Washington state about preventing outbreaks in nursing homes, after both states experienced major crises in those facilities.

One of the first warnings governors got about the potential impact of the coronavirus, in fact, came at a February meeting of the nation’s governors in Washington, D.C.

Hogan, the Maryland governor, invited top federal health officials to speak about the emerging disease. The panel included Anthony Fauci, the director of the National Institute of Allergy and Infectious Diseases, and Robert Redfield, director of the Centers for Disease Control and Prevention. “I came back to my office the next day and completely ramped up our operation,” Hogan later said.

More than half of the country’s governors were at the meeting, according to the U.S. Department of Health and Human Services.

“The panel reiterated that while this is a serious public health matter, the risk to the American public remains low at this time, and that the federal government will continue working in close coordination with state and local governments to keep it that way,” the agency recounted at the time.

Pritzker said he was at another briefing during the coronavirus discussion, but that he did receive printed materials and other accounts of the meeting. “That was certainly an early indication that something is potentially headed our way,” he says now, “although, we were certainly not warned that this was coming the way that it did.”

Even so, the governor says Illinois was one of the first states to ramp up precautionary measures in anticipation of the coronavirus outbreak.

As part of his response now, Pritzker is working with other Midwestern governors to coordinate their plans for loosening restrictions on their businesses and public facilities. The regional partnership, which followed similar cooperative efforts in the Northeast and on the West Coast, received substantial attention when it was first announced.

It appears the arrangements are pretty informal.

“We have sent word to Illinois and to all of our neighboring states,” Indiana Gov. Eric Holcomb told reporters on May 1, when he unveiled his plan for reopening parts of the economy. He said he had shared “high-level updates” with the governors of Kentucky and Ohio and planned to do so with Pritzker, too.

“We don’t want anyone surprised,” Holcombe said. “We are looking at what’s not just the population center in Lake County [in northwest Indiana], but we’re looking across the border, as well. We want to be good neighbors with Governor Pritzker and citizens of Illinois. We’ll continue to do that.”

Still, Scott Pattison, a former executive director of the NGA, said more regional efforts are likely because governors in neighboring states see things similarly, even if they come from different parties.

“The good part of this is that they are talking. Illinois and Indiana need to be talking,” Pattison said. They know that if one state closes certain services, many people are going to cross state lines to find it somewhere else.

Meanwhile, though, states are still competing with each other to buy masks, gloves and other medical supplies their local facilities need to treat patients with COVID-19. Several governors, including the leading Republican Chair, Larry Hogan and Democrat Vice Chair, Andrew Cuomo at the NGA, said publicly that states should launch a cooperative effort to buy those supplies together at lower prices.

“There’s been talk about a purchasing consortium,” Pritzker said. “It’s hard to do though, because how do you explain to the people of your state, why, when you identified some PPE that you really need, why are you sharing it with some other states when you need it in your state? That’s why we need a national strategy, frankly. That’s why we needed the president to step up, and he never did.”

Pattison, the former NGA director, said the joint purchasing agreements between states were difficult to work out even for less urgent matters. After the Great Recession, for example, Minnesota and Wisconsin tried to coordinate their purchases. They bought some road salt together, but then the effort ended. “It didn’t pan out as promised,” he said.

The deal, though, was significant for another reason: it was a nuts-and-bolts look at improving state operations from governors of opposing parties.

While Pritzker has attracted attention among Democrats for his attacks on the White House, he said partisanship is not an issue in his talks with other governors. “Partisanship among governors is just not useful,” he said. “So when I see good ideas from Democrats, I want to replicate them. From Republicans, if they’re good ideas, I want to replicate them. And I think the same is true [of] other governors.”