COVID-19: Have we flattened the curve? Will it bend down? 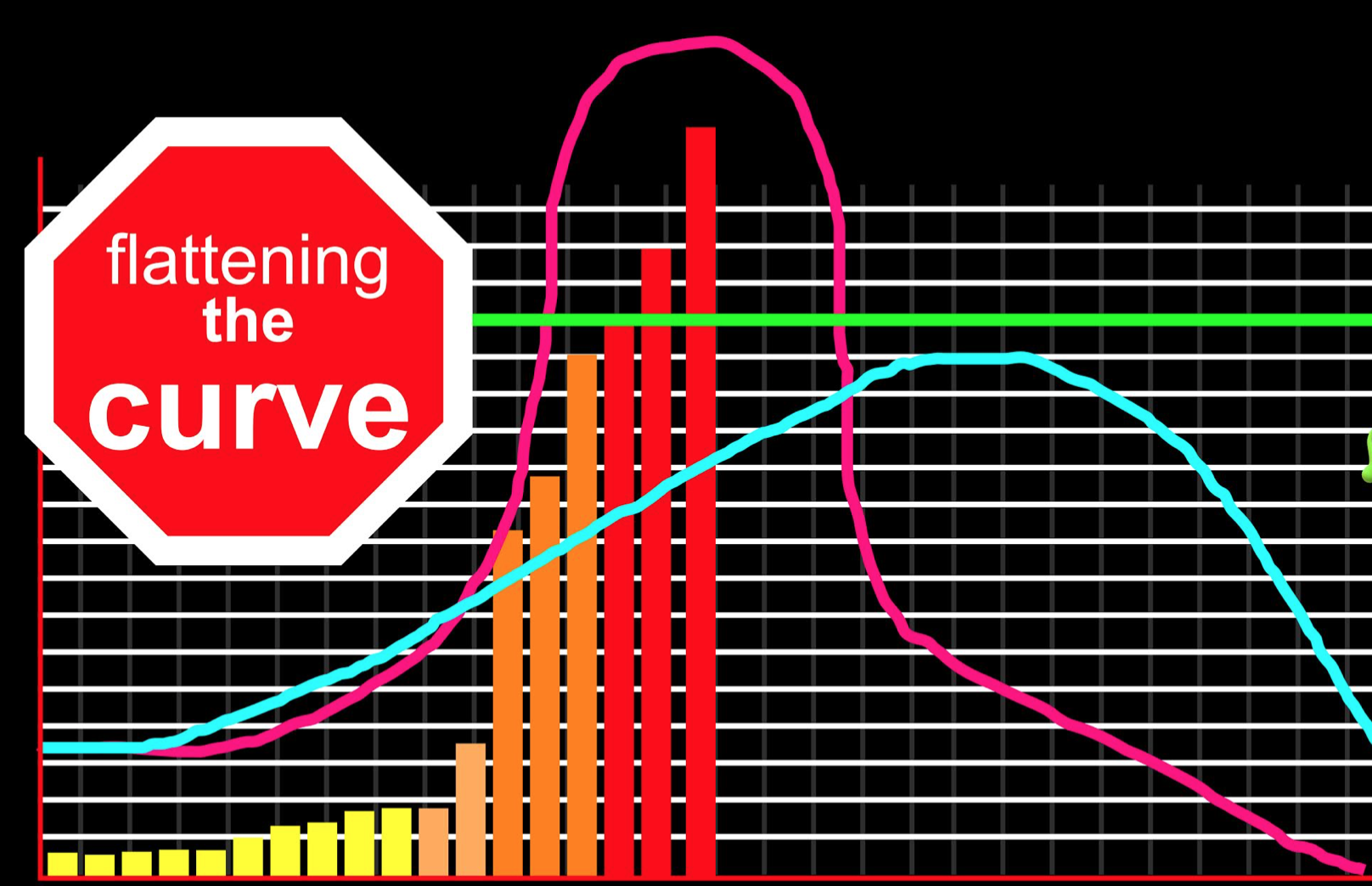 On May 1st, Governor Pritzker announced in his daily COVID-19 briefing that Illinois had successfully “bent the curve”, while cautioning that we had not yet reached the pandemic’s peak. What is the true status of Illinois’s current battle with the COVID-19 pandemic? Have things really improved sufficiently to allow businesses and individuals to plan for an imminent time when social distancing requirements will be lifted or relaxed? Could Governor Pritzker’s month-long extension of the stay-at-home order be an overreaction? Or are we still at grave risk of worsening the effects of the pandemic if we don’t continue mitigation practices? Would a partial pushback against the Pritzker administration’s response to the coronavirus be ignoring high risks of additional flare ups and avoidable deaths?

The rate at which the coronavirus is spreading in Illinois does appear to be slowing, so one might say we have “flattened the curve”, to an extent - more difficult, however, is gauging to what extent it might be bending. According to the Illinois Department of Public Health, as of May 8th* there have been a total of 76,085 confirmed COVID-19 cases in Illinois, 3,349 deaths, and around 416,331 tests performed since March 10th, when official counting began. Newly confirmed cases per week increased steadily from March 10th through May 3rd. For the week of May 4th to May 8th, we, at last, have seen a decline.

The numbers show that the virus’s rate of increase declined steadily over the past several weeks: from March 10th - 29th, the number of new cases per week was more than tripling, but from March 30th - May 3rd, new cases grew at a much-reduced rate. Absolute cases/week continued to increase through May 3rd, but have declined this past week, suggesting that the curve might be flattening.

Lynette Foss, a biology professor at Lake Forest College specializing in immunology and epidemiology, warned that such numbers are only preliminary, however, and don’t paint a full picture of how the coronavirus is spreading in Illinois: “I think it's too early for anyone to claim victory at this point. The shelter orders have definitely helped in minimizing new cases, but clearly they haven't eliminated them. The increase in new cases is partially due to the increased number of tests that have been administered. That said, the reliability of some of the field tests has been questioned. We don't yet have a firm grasp on the number of asymptomatic or pre-symptomatic carriers. So I wouldn't base any decisions on these numbers just yet. Once the more reliable tests are widely implemented, then we'll understand better how this disease is manifesting itself in the population.”

Speaking of the difficulties of gauging the virus’s severity without hard, reliable data, Professor Foss stated: “Right now the numbers themselves aren't telling the whole story. I've heard several opponents of the shelter order claim that the mortality rate is no worse than that of influenza, but that claim is completely speculative since we do not have a firm grasp on the true number of people infected. We don't even have mathematical models like we do for influenza to predict morbidity and mortality, because this is a novel virus.

“Rather than looking at numbers, we should be focusing on what's actually happening”, Foss continued. “We know that, since the virus is new, everybody is susceptible, so the possibility of everyone becoming sick at once is very high.  We also know that when too many people are infected with the virus at once in any given area, a significant enough proportion of them need to be hospitalized, and they overwhelm the local healthcare systems.”

However, that does not mean there aren’t statistics available to help track the spread of the disease and determine whether or not Illinois’ situation is improving sufficiently to warrant some  reopening. To that effect, Foss suggests: “We should be focusing on the number of hospitalizations/serious cases relative to the number of confirmed cases. It's the proportion of these serious cases, not just positive diagnoses, that determines whether or not we can safely reopen businesses, because we don't want to overwhelm health care systems to the point that they can't take care of other emergencies like heart attacks, etc.

According to IDPH statistics, statewide hospitalizations due to COVID-19 have remained at manageable levels, with only 34.6% and 22.5% of the state’s ICU beds and staffed ventilators being used by confirmed or suspected COVID patients as of May 4th, and a total of 4,780 people (or 22% of Illinois’s total hospital bed capacity) being hospitalized because of the virus at that time. However, these 4,780 hospitalizations accounted for 7.5% of the total 63,840 confirmed COVID-19 cases in Illinois on May 4th, well above the 2% global ratio. Although, as Professor Foss has stated, this data is tentative, it does suggest that if more people were to get sick, an even greater portion than 2 out of every 100 would likely be hospitalized.

However, not all parts of the state have been equally hit by the pandemic so far, and these high statewide percentages are significantly driven by the spread in particular regions in Cook and the collar counties.

The situation in Cook and the Collar counties: Statewide Hotspot

So far, Cook and the surrounding counties have borne the brunt of the pandemic in Illinois. As of May 4th, Cook (including both the suburban areas and the City of Chicago) had 43,715 total confirmed COVID-19 cases, 1,802 deaths, and 194,928 performed tests. That was respectively 68.5%, 67.7% and 58.5% of statewide totals for each of these statistics at the time. This has unfortunately led to the healthcare system in Chicago being significantly taxed: as of 11:59pm on May 4th, the IDPH was reporting that 83% of the total ICU beds and 40% of the ventilators in the City of Chicago region were being used by both COVID and non-COVID patients. This helped drive up the statewide averages for these statistics, something further exacerbated by the situation in the suburbs.

Although it appears that Illinois is making progress against the COVID-19 pandemic as indicated by a "flattening" of the new cases trend and what might be the beginning of a "bend" down in the hospitalization trend, it's much too soon to declare victory. As Professor Foss warns, we need more time and more data to be confident, but there is reason to be optimistic.

**This capacity may grow depending on whether hospitals can secure more resources which will allow them to treat more patients.

***A secondary, smaller hotspot has also formed in southwestern Illinois as of May 4th, with confirmed case and death counts in the St. Clair (551 cases, 34 deaths) and Madison (365 cases, 26 deaths) counties being higher than in the surrounding regions.