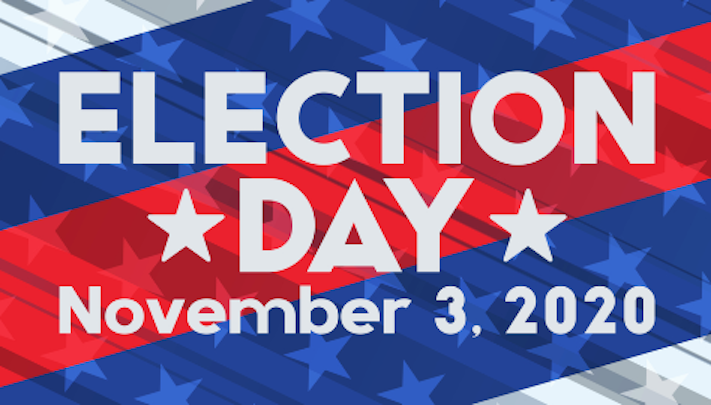 The COVID-19 pandemic has triggered more than public health and economic crises: It’s also upending when and how people vote. The pandemic has already caused presidential primary elections to be rescheduled or—as in Wisconsin—held in abnormal and suboptimal ways. With the general election less than six months away, states are now scrambling to rethink how citizens can safely vote and potential barriers to enfranchisement.

As concerns mount, online voting is gaining attention. Advocates have long pushed it as a convenient way of boosting low U.S. voter turnout. More than 30% of voting-age Illinoisans did not vote in the 2016 General Election—for the U.S. overall, the figure was 44%. With the coronavirus keeping Americans at home, turnout could drop even lower.

"We've got to be trying to do everything we can to make it easier for people to vote, and the pandemic situation just shows the urgency of getting it done right," Sheila Nix told Axios in April. A Chicago native and former deputy governor of Illinois, Nix is president of Tusk Philanthropies. Its Mobile Voting Project is pushing to allow Americans to vote via smartphones.

But many security experts say online voting is far from secure and could place elections fundamentally at risk. Even so, with funding from Tusk Philanthropies, this year New Jersey, Delaware and West Virginia will allow certain groups of voters to use a remote digital voting system to cast ballots in local elections and presidential primaries. West Virginia first let military and overseas voters statewide use a mobile app in 2018, and will expand its use to voters with disabilities for its June 9th primary election.

As the pandemic wears on, will other states follow suit?

The online voting system the three states are piloting is provided by a company called Democracy Live. Here’s how it works, as reported by Wired: “Eligible overseas and disabled voters will receive an email that contains directions on how to log into the firm's cloud portal. From there, voters will fill out a PDF ballot and can either print it out and mail it in or submit it electronically.”

The portal, hosted by Amazon Web Services, uses security protocols certified by the federal government and a feature that prevents voters’ PDFs from being altered or deleted.  Elections undergo retrospective audits to confirm results, and the whole system has been audited by third-party security organizations.

"I don't think there’s any perfect voting system out there, I don’t think there’s any perfect website out there,” Bryan Finney, founder and CEO of Democracy Live, told Wired. “It’s a matter of just how do we calibrate the risk and reward. This is the best solution that we can come up with. If somebody has a better approach to fully enfranchise 30 million disabled voters we're open to it."

As states grapple with how to safely stage elections during the pandemic, cybersecurity experts are raising red flags about online voting.

There are two main objections to online voting. One is the lack of a paper record that can be verified by voters. The other is vulnerability to hacking—not a theoretical concern, given Russian activities in 2016. A classified National Security Agency (NSA) intelligence report acquired by The Intercept reveals that the Russian government “executed cyber espionage operations against a U.S. company,” acquiring information on “elections-related software.”

Nix—who last month said she’s talked to half a dozen other states about using mobile voting for some residents—has acknowledged that mobile-voting systems need stronger security protections before being implemented broadly. This month, the federal government told states that online voting is “high risk” and recommended paper ballots. In Illinois, some state legislators are pushing to have paper ballots mailed to every voter ahead of this fall’s election; online voting doesn’t exist in the state.

Aware of security concerns surrounding online voting, Tusk Philanthropies has partnered with Scytl, which specializes in election security. The company says its solutions harness “unique cryptographic protocols” to ensure “maximum security, transparency, and auditability in all types of elections.” And Tusk Philanthropies-backed initiatives are creating paper trails of votes by printing each ballot county-wide and using federally certified tabulation equipment. (Critics counter that printouts are meaningless if someone’s vote was altered electronically.)

Bradley Tusk, the venture capitalist and former Illinois deputy governor who launched Tusk Philanthropies, believes security concerns around mobile voting will recede after more pilots occur. “[I]f we have proven 30, 40, 50 times over that it is safe, it's a lot harder for those objections and arguments to fly," Tusk told NPR this year.

A local election this past March in King County, Washington provided a boost to Tusk’s argument. The county, which includes Seattle, wanted to reduce election costs and increase turnout. Turnout nearly doubled. And an audit performed by The National Cybersecurity Center found results were accurate and no security problems occurred.

The election proves mobile voting can work on a larger scale, says Nix, a former deputy assistant to President Barack Obama. Nearly all voters in King County chose to submit ballots electronically, rather than printing out and mailing ballots. “If given the choice, people will take the thing that works better for them and is more convenient,” she told Fortune.