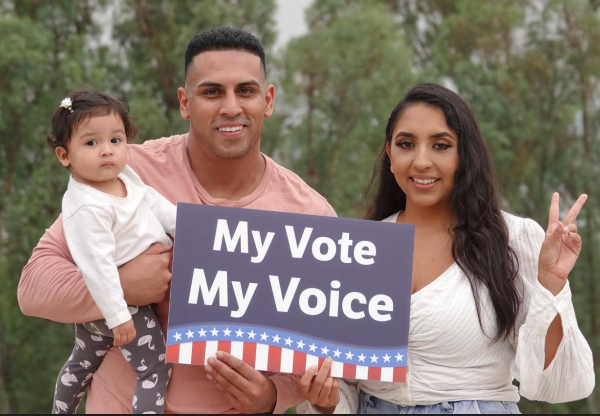 The new maps that Illinois Democrats drew for state House and Senate seats face at least two lawsuits about their validity. The first, predictably, came from Republicans. But the second came from more traditional Democratic allies: Latino rights advocates.

The challenge from the Mexican American Legal Defense and Educational Fund (MALDEF) is especially noteworthy, because top Democrats in state government repeatedly touted the ways the new maps would promote ethnic and racial diversity in the legislature. Instead, MALDEF is asking a federal court to force the legislature to redraw its maps.

The civil rights group argues in its lawsuit that Democratic legislators used unreliable population data to draw districts that reflected population shifts over the last 10 years. The Democrats say they used the American Community Survey and other sources to inform their decisions, because data from the once-a-decade Census headcount wasn’t in available in time for deadlines set in the Illinois Constitution.

MALDEF says that was a mistake, and one that could ultimately hurt Latino voters.

“Those maps are going to have to be redrawn using decennial Census numbers,” Thomas Saenz, MALDEF’s president and general counsel, said in an interview. “We want to make sure, when those new maps are drawn, the interests of our clients and of the Latino community more broadly are respected and reflected in the new maps.”

“We feel the districts that were drawn essentially were diluted, and they weren't drawn as strong as they could be,” said Roberto Valdez, Jr., an associate director of the Latino Policy Forum. “That ultimately hinders the Latino community’s ability to elect legislators of their choice.”

Valdez said the low numbers of Latino voters in those districts is especially frustrating, because Latinos are already underrepresented in the Illinois legislature. Latinos make up about 17 percent of Illinois’ population. If they had that share of legislative seats, there would be 20 state representatives and 10 state senators elected by Latinos. But that’s unrealistic, given how dispersed the Latino population is throughout the state.

“Our map [produced by the Latino Policy Center] can at least reflect Latino population centers and allow them to fairly elect the representatives of their choice,” he said. “We don’t feel like that was done with the [enacted] maps.”

And Iris Martinez, the Cook County circuit clerk and a former state senator, said she thinks Illinois Latinos were “shortchanged” with the maps the legislature passed this year.

It is an issue that resonates with Martinez, who says a map drawn after the 2000 Census was crucial in allowing her to get elected as a state senator from a predominantly Latino area.

“MALDEF is right to file the lawsuit, because they feel there’s more to it, that we’re shortchanging ourselves,” Martinez said. “We want to make sure the Latino population is counted the way it should be… because I really believe Latinos are going to be at the short end if we don’t wait until [all the numbers] are out.”

New legislative maps inevitably lead to lawsuits. The district lines can determine who wields power in Springfield for a decade. But lawmakers must follow both the federal Voting Rights Act and rules in the state constitution about how districts are drawn. With so much at stake, politicians and interest groups often challenge the maps in court.

This year brought another wrinkle: The delay in the U.S. Census Bureau’s release of data about last year’s national headcount until August. That put legislative Democrats in a bind. The state constitution gives the legislature until the end of June to pass a new map; otherwise, the process gets turned over to a bipartisan commission. If the impasse lasts long enough, Republicans could gain control of the process.

So legislative Democrats drew maps based on other sources of data, primarily the American Community Survey. But the ACS is more like a poll than a headcount, so it has margins of error. And in order to get a large enough sample to estimate the size and characteristics of the population in small areas, the Census Bureau uses data collected over the course of as many as five years to come up with its ACS estimates.

Those uncertainties and the lag in data figure prominently in both the lawsuits brought by Republican legislative leaders and by MALDEF.

“Five-year ACS estimates are not current for purposes of determining whether districts comply with the one-person, one-vote standard,” MALDEF’s lawyers wrote in its lawsuit. “Eighty percent of the data from the 2015-2019 ACS five-year survey was between two and five years old by Census Day, April 1, 2020.”

The Republicans also argued that the maps based on ACS data were “arbitrary” and “discriminatory.”

“The [new] plan ensures that historically undercounted minority communities will continue to be underrepresented and lose their right to an equal vote in the legislature by foregoing the official census counts in favor of the ACS estimates,” lawyers for the Republicans wrote. “Thus, it is no surprise that more than 50 good government groups and community advocates have publicly opposed the General Assembly’s reliance on ACS estimates for the redistricting plan.”

In an interview, Saenz from MALDEF also raised concerns that using older data would harm Latino communities in Illinois.

One key difference in the Republican and MALDEF lawsuits, though, is how they think the situation should be rectified.

The GOP lawyers say the courts should invalidate the Democratic maps and act as if the Democrats had never passed new maps at all. That would trigger the back-up redistricting process in the Illinois Constitution of a bipartisan commission.

Because the decennial Census data won’t be available in time to produce a map before the tie-breaker goes into effect, control over the redistricting effort would likely come down to whether a Democratic or a Republican name is drawn out of a hat.

Democrats who drew the maps condemned the GOP lawsuit.

“As expected, the Republicans are doing everything in their power to block a map that reflects the true diversity of Illinois in hopes that they get a chance to single handedly draw a map for their political gain,” said Rep. Lisa Hernandez, who chairs the House Redistricting Committee, in a statement. “We have full confidence in the maps passed by the legislature and signed by Governor [JB] Pritzker, and we will continue to review this lawsuit.”

MALDEF, on the other hand, wants the federal courts to give the Democrats in control of the legislature another chance to draw the maps once the Census Bureau releases the new data.

A court would consider feedback from others in the case, including Republicans and MALDEF (Saenz expects that the two lawsuits will be consolidated at some point). The judges could order changes if the resulting maps do not comply with federal law, such as the Voting Rights Act.

But having MALDEF involved in the court challenges from the outset gives the Latino community an advantage, Saenz said.

“Voting rights challenges are expensive. And when you have to do them after the fact, it’s time consuming as well,” he said. “So if you’re in the process, whether it’s court-supervised or not, and able to say, for example, ‘You need a Latino-majority district here,’ then that is a much more efficient and, frankly, quicker mechanism to protect Latino voting rights.”