Why So Much Is At Stake In Illinois’ Energy Bill 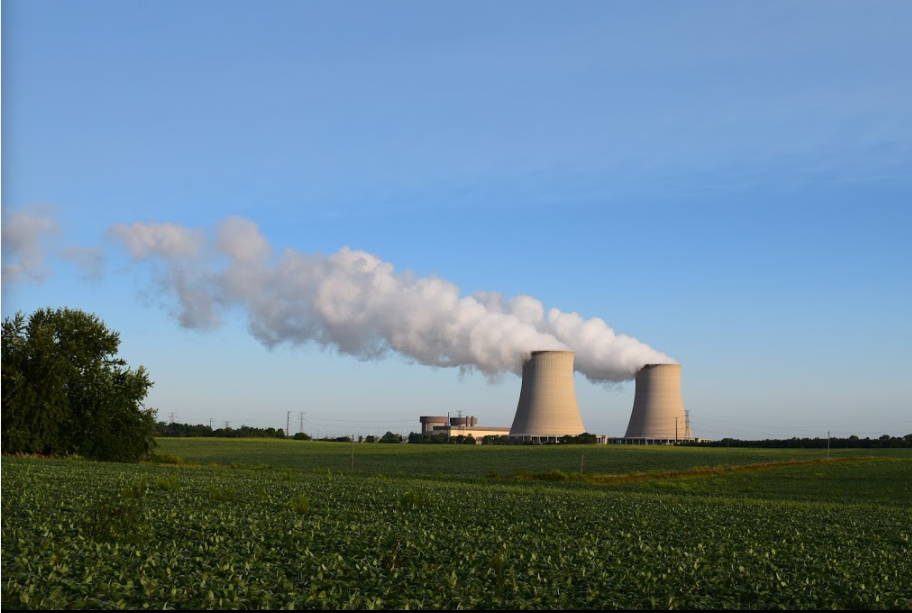 Children growing up in Byron, Ill. (pop 3,611) do not view the lifeblood of the small town as a nuclear power plant generating clean energy for millions of customers, or the biggest source of revenue for their school, or even a place that offers solid jobs for families and communities. The children at Mary Morgan Elementary School call the iconic twin cooling towers “cloud makers,” because, to the kids, the steam that travels up the towers and drifts up into the blue sky (especially on a windless day) in big, white puffs looks a lot like a factory producing clouds. This can be a useful perspective for discussing the state’s energy bill because observing the process of this legislative session, it’s evident that creating a sound energy policy means different things to different people.

But, lawmakers need to reconcile these differences to produce a bill, and when the first legislative session of 2021 ended on May 31, they were unable to do that. Legislators were called back to Springfield on June 15th for a special session, but once again adjourned without taking action. And that is why, as the first day of summer approaches, there is still no finished energy bill.

“It can’t hurt to take a pause and review priorities,” explained Rep. Ann Williams (D-Chicago), who is a member of the working group. “Stakeholders have an interest in getting this done; there are just varying opinions on how to get there.” The 11th District Representative’s statement was echoed by many who point out that there is broad agreement on big issues.

“They want a deal; I think they are struggling with the nuts and bolts,” said Terry McGoldrick, IBEW Local 15 President and Business Manager, speaking of the legislators. Local 15 represents 1500 electrical workers across the state, who, along with other skilled workers like plumbers, pipe-fitters, and carpenters are, according to McGoldrick, “an extremely well-trained and qualified workforce.”

Rep. Williams also sees labor as an important component of the bill, but her perspective extends to creating employment opportunities in underserved communities. Williams and fellow caucus members want to ensure that there are incentives, opportunities, and seed investments in environmentally-friendly sources and that they are also extended to people of color.

Freshman Representative Dave Vella (D-Rockford) sees jobs as paramount. “It’s so hard to find good jobs with benefits that allow people to earn a good living and to still have time with their family. There is a lot on the table -- like keeping down energy costs for consumers and taking care of the environment for the next generation, but in the end, it’s jobs, jobs, jobs.”

“There is so much at stake,” McGoldrick continued. “This is a very large and comprehensive bill that will end up being very significant.”

Governor JB Pritzker hopes the resulting bill will be significant in achieving “clean” energy goals that move the state away from fossil fuel generation, something that has been at the top of his wish list since he was elected in 2018. It will also be tremendously significant to thousands of residents who live in two nuclear power districts, since Exelon Generation announced in August 2020 it planned to retire both the Byron and Dresden Generating Stations in the fall of 2021.

Though the two nuclear plants are in Ogle and Grundy counties, a closure would greatly impact thousands of people across those regions. A recent Northern Illinois University impact study on the planned closure for both plants projects an estimated 2,305 total jobs lost for the Byron region (for every 100 jobs, the plant supports 221 jobs in other industries) and for Dresden 1,668. Moreover, the Byron plant represents 17% of the GDP of Ogle County and the Dresden plant represents 11.5% of the GDP of Grundy County. So, an energy bill that provides a plan to keep these facilities open would forestall these looming losses, and while there are measures in place to do just that, other actions by ComEd, Exelon’s parent company, are prompting some legislators to bring extra scrutiny to the bill.

Last July, the U.S. Attorney’s Office in Chicago announced that Commonwealth Edison agreed to pay $200 million to resolve a federal criminal investigation into a years-long bribery scheme. And then, last November, a grand jury returned an indictment against four former Commonwealth Edison executives and consultants accused of conspiring to gain favor from Illinois House Speaker Michael Madigan to back legislation favorable to the utility.

“Some of the rates were devised during the time of the scandal, so we need to review them,” Rep. Williams said, pointing out that while Exelon was in the mix in previous discussions, they aren’t in the room for current talks. Reforming rate-making practices and changing the way they are established are among a series of metrics that have been included in the legislation to ensure it is a more people-driven process.“We wanted to make sure there are strong accountability and ethics elements in the final package,” Williams summarized.

Another sticking point in the bill is gas and coal plants. Nobody is better at navigating the world of diverse energy generation as Sen. Susan Rezin (R-Peru), who counts three nuclear plants, a handful of coal and gas facilities, a half-dozen wind farms, and one hydro-plant in her congressional district.

When asked what she sees at stake in the deal, Sen. Rezin promptly replies, “About 3,000 good-paying jobs, which can swell to 10-20,000 during outages.” Also a member of the working group, Rezin thinks the priority should be on capacity and resiliency and proven power supplies that can deliver those reliably and cost-effectively.

The senator expressed frustration with the focus on decarbonization, the reduction of carbon dioxide emissions through the use of low carbon power sources. Speeding up a timeline for the sake of decarbonization, Rezin argues, could force the state to buy energy from other states, pay more for it, isn’t necessary and, as a result, “just makes no sense.”

“The cost of taking a huge amount of generation off-line is not being taken into consideration,” Rezin maintains and expects any resulting grid instability from this kind of action would not only affect consumers but would be a factor in businesses relocating or staying in Illinois. The senator notes that high-tech businesses are increasingly requiring more and more capacity to operate their businesses and that’s a factor in site selection. “We need clean energy for the future, but we have to get it right.”

Grid instability is an issue many are aware of because of regular news reports of rolling blackouts in California, and an unusually severe winter storm in Texas, which exposed the ramifications of capacity shortages and unstable power grids.

Sen. Rezin counters by saying, “Our plants run 24 hours a day - whether it is cold, hot, windy, or cloudy and there is a cost to having that kind of capacity and reliability.” Besides, Rezin points out that subsidies for nuclear are around $32 a megawatt, and those for wind and solar start at $85 and range well over $100, making nuclear ultimately more reliable and cost-effective.

Nobody is certain when the final details will be ironed out, and currently, there is no proposed timeline. While there is no agreed bill yet, the discussions are described as bipartisan and beneficial, even though estimates for resolution go out as far as “the end of summer.”