What Should Illinois Do With New Federal Funds? 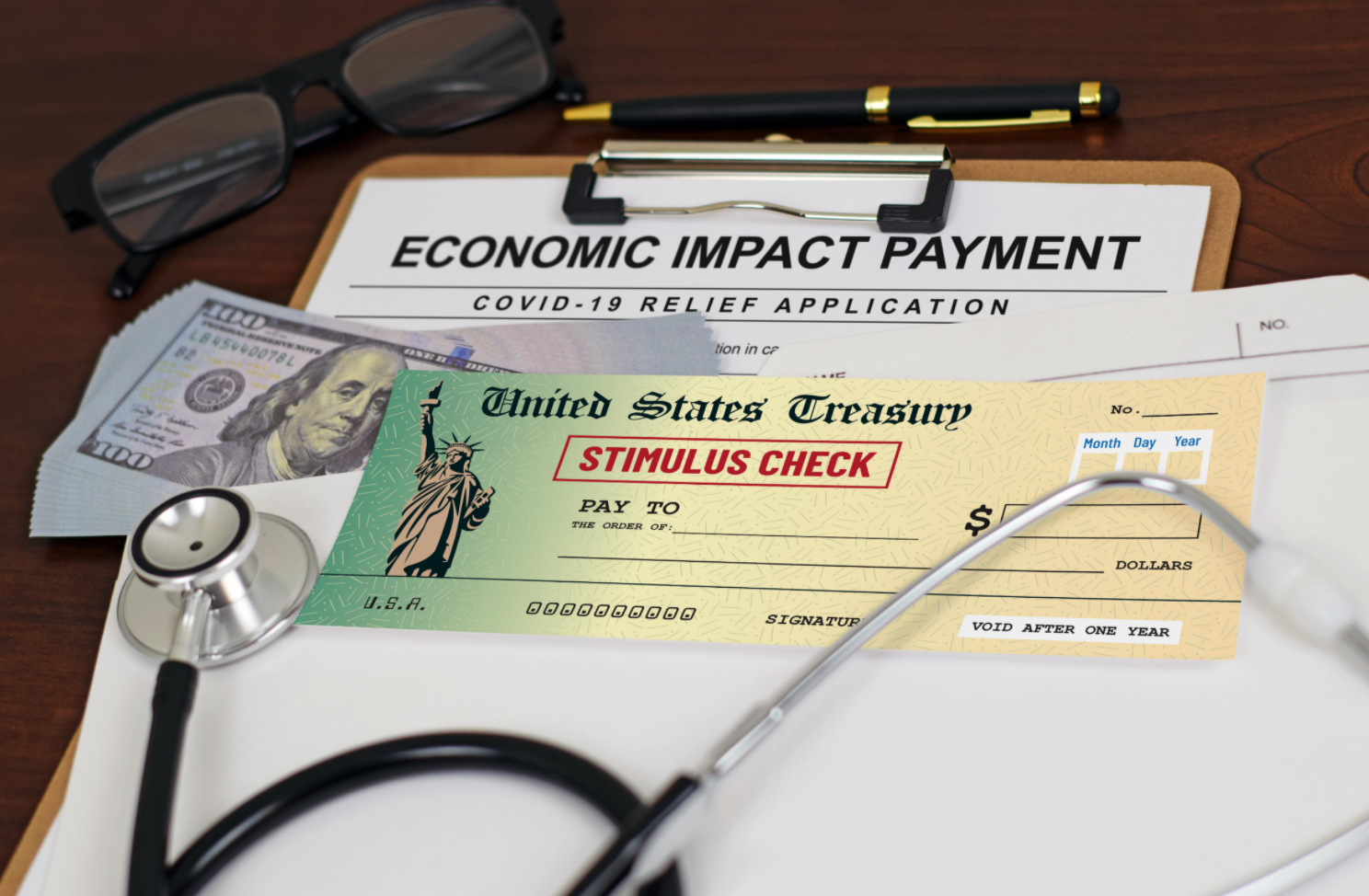 Illinois’ cash-strapped state government could soon receive as much as $7.5 billion in COVID -19 relief from the federal government, but state officials already disagree about the best way to spend that influx of money.

The U.S. House on Tuesday passed a $1.9 billion relief plan championed by President Joe Biden, sending the measure to the president’s desk. Biden is expected to sign the bill into law on Friday. It will offer the president a signature win, and millions of Americans will get $1,400 checks and other financial relief as a result.

The massive spending measure passed with only Democratic votes, and support for states and localities was a major flashpoint between Democrats and Republicans in Congress on the bill.

Democrats argued that the $350 billion for those governments would prevent the sluggish recovery that the country experienced after the Great Recession. They argued that layoffs and spending cuts by state and local governments slowed the recovery a decade ago, and they didn’t want to repeat the mistake after last year’s slowdown.

But Republicans argued that the American Rescue Plan contained too much help for the lower-tier governments, because the states and localities did not see nearly as big of a drop in revenues as forecasters predicted early in the pandemic.

Compared to previous COVID -19 relief packages passed during former President Donald Trump’s term, Biden’s plan directs more of its money to individuals and to government entities, rather than to distressed businesses.

That leaves states like Illinois in the position to determine how much to use for their own financial needs and how much to dole out to businesses that are looking for help.

That’s a tough question for Illinois, in particular, because the state could use its entire allotment just to repay short-term debts it has to the Federal Reserve and to the state’s vendors, and still not completely catch up. (Congress will likely prohibit states from using the money to cover pension obligations.)

“It’s certainly not a windfall,” Comptroller Susana Mendoza told the Center for Illinois Politics in a phone interview. “These dollars are just an opportunity to address COVID-19, to pay down our debts and to stabilize the state's finances. It’s that simple. The vast majority of this money is already spoken for.”

In the past year, the state of Illinois has borrowed nearly $2.9 billion from the Federal Reserve under a special low-interest offer to help states and local governments through the pandemic-induced financial slowdown. Illinois used much of that money to pay down Medicaid bills, which helped it secure more money from the federal government (because the federal government reimburses a portion of states’ Medicaid expenses). But Illinois has to repay the money it borrowed in three years.

Plus, the state still has a backlog of nearly $5.5 billion in unpaid bills. Illinois has to pay interest on chronically late payments to its vendors. The comptroller’s office says that if it can lower the backlog of bills to about $3 billion, it should be able to pay most of its vendors within a month.

On the spending side, the state has incurred new expenses as well, she added. Even the health care bills may not return to previous levels once the pandemic is over, she said. Mendoza cited the case of her brother, a police officer, who is still being treated for a case of COVID-19 he contracted last November. “We’re just so focused on dealing with trying to keep people alive, that we’re not even diving into what the actual long-term costs are going to be,” she said.

So when it comes to federal relief, she doesn’t see much ability for the state to start new initiatives.

“There’s no room for new spending,” Mendoza said. “This is not like Mom and Dad are sending us a check for a birthday, and we can spend it however we want. There are serious payments to be made.”

But a top Republican lawmaker says at least some of the relief funds should be used to help Illinois businesses that were hurt financially by the pandemic and the economic slowdown it caused.

“We really need to ask: Who needs those relief funds the most? Many, many communities in the state have businesses, especially in the food, restaurant, bar, hospitality industries, that have been dramatically impacted by the COVID restrictions and closures. And I think that we should better design programs to deliver aid to those businesses,” he said.

Gov. JB Pritzker, a Democrat, has provided many details about how he wants to spend the federal money, but he has stressed the importance of paying down the state’s short-term loans and helping local businesses.

“All of the money that’s coming in is very helpful for us to both pay back the debts we had to put on the books because of COVID-19 and to help us stimulate the economy to make sure we’re bringing back the jobs,” Pritzker told WBEZ Wednesday.

Last month, Pritzker also said during his budget address that federal funds should be used to support small businesses.

“We propose setting aside a share of new federal dollars for those grants to small businesses,” he said in the February address.

“Entrepreneurs are the folks who create most of the jobs in our state. Their businesses are key to our economic revitalization, and they’re the most immediate way for us to help those that are shouldering the heaviest burden from COVID-19. While the federal government writes billion-dollar checks to big businesses, here in Illinois we’re standing up for small businesses — or as I like to say — the big businesses of the future,” he added.

Last year, the Pritzker administration oversaw the creation of a $290 million relief fund for businesses, called Business Interruption Grants. Nearly half of that money went to restaurants and bars. (Another $290 million went to childcare providers.)

The program was designed to address hard-hit industries and hard-hit areas, said Lauren Huffman, a spokesperson for the Illinois Department of Commerce and Economic Opportunity. The program, which was funded in the state budget passed by Democrats last year, was the largest state aid effort to businesses in the country, she added. All told, some 9,000 applicants got money through the program.

But Demmer said that only one out of five businesses that applied for those grants got any money, so there were lots of needs that still had not been met.

“What are we going to look like as we re-emerge?” he asked. “I am afraid that we’ll find a dramatically weakened economy at both the local level and from the state’s perspective if we’re not able to provide financial aid to some of the hardest-hit businesses. I think they’ll close, and it will harm our ability to bounce back.”

The state’s revenues have held up better than expected, Demmer noted. “We have to understand that the budgets and the financial situation of many people and businesses in Illinois were hit far harder than what the state government’s fiscal situation was,” he said.

DCEO is currently working with other businesses in Illinois to secure money through the federal Paycheck Protection Program, which Congress created as part of a previous coronavirus relief program, Huffman said. “So the work is not done,” she said, “and we’re continuing to help small businesses get what they need in this really unprecedented time.”

The $1.9 trillion relief package that passed the U.S. Senate last weekend includes not only $7.5 billion for the state, but also $5.5 billion for Illinois localities ($2.3 billion for counties; $2.4 billion for larger cities; $681 million for smaller municipalities).

It also sets aside $275 million to distribute COVID-19 vaccines and another $1.5 billion for testing and for supporting public health departments.