What can Virginia election results tell us about next year’s Illinois races? 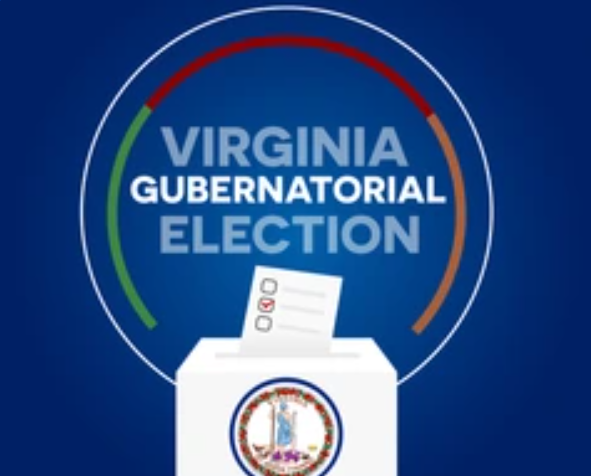 Virginia voters earlier this month picked a Republican as their next governor, and, by doing so, started the 2022 campaign season off with a bang. But top party officials in Illinois, unsurprisingly, took very different lessons from the Virginia results.

“Every bit of it is applicable in Illinois,” said Don Tracy, the chairman of the Illinois Republican Party. “A Republican hadn’t won statewide [in Virginia] for a long, long time [12 years]. So to go from zero statewide victories to all three is a great bellwether for Illinois, where we have zero statewide offices right now.”

In Virginia, Republican Glenn Youngkin prevailed over former Gov. Terry McAuliffe, a Democrat whose first term ended four years ago (Virginia governors cannot serve consecutive terms). The election set new records for turnout and Youngkin won by carrying the traditionally Republican rural areas and by making a strong showing in suburban areas that had recently been trending toward Democrats.

Youngkin, a former co-CEO of the Carlyle Group private equity firm, led a Republican surge in Virginia. Republicans won races for attorney general and lieutenant governor. They also wrested control back of the state House of Delegates, just two years after losing the majority in the chamber.

Abby Witt, the executive director of the Democratic Party of Illinois, acknowledged “disappointments” in the Virginia races, but said Illinois Democrats were already mindful of historic trends: the president’s party almost always loses ground in midterm elections, and President Joe Biden is a Democrat.

“We were never taking anything for granted,” she said. “Tuesday or no Tuesday, Virginia or no Virginia, we have our work cut out for us. But we are also sitting in a state where Democrats have continued to deliver, have continued to keep their promises to voters on climate change, on infrastructure, on health care, on choice.”

“We have a very solid record to run on, and Republicans don’t,” Witt said.

While Youngkin won in Virginia, Witt noted, Democrats had notable victories this month, too. In New Jersey, Democratic Gov. Phil Murphy held off a Republican challenger. He became the first Democratic governor of that state to win a second term since 1977.

Indeed, Murphy’s win seems more of a break from historical trends than Youngkin’s. Virginia almost always elects a governor of the opposite party of the president. Only once in the last half century did it deviate from the pattern – when McAuliffe won in 2013 and Barack Obama was president.

But the Virginia contest did provide a first look at some of the biggest problems facing both parties in the upcoming election cycle.

For Republicans, it was how to placate former president Donald Trump and his supporters without alienating the suburban voters who fled the Republican Party under his tenure. For Democrats, it was how to get their voters excited about their legislative accomplishments without stirring up resentment over COVID policies or race-related topics.

In Virginia, Democratic attempts to make Trump a central part of the race fell flat. Trump endorsed Youngkin but never appeared in the state with him. Virginia Democrats sent out flyers highlighting Trump’s support of the GOP candidate, and Biden all but dared Trump to come to Virginia in support of Youngkin. But Biden turned out to be as much a drag on the Democratic ticket as Trump was to Republican candidates.

Tracy, the Illinois Republican Party chair, said the way Youngkin dealt with Trump could work in Illinois, too.

“In blue states, that’s probably not a bad formula,” he said. “Here in Illinois, we have a lot of very strong Trump supporters, and we have a lot of conservatives and Republicans who don’t like Trump. Wherever you have that dynamic, the approach Youngkin took makes a lot of sense.”

Illinois Democrats, though, won’t be shy about making an issue of Trump and his connections to GOP candidates here.

“Republicans continue to act like he’s their leader, and I think voters in Illinois have a problem with that,” Witt said. “Biden won this state by huge margins.”

Youngkin generated enthusiasm on the campaign trail by promoting a “Parents First” agenda for schools, something that Tracy said could be the basis for rallying voters around Republican causes in Illinois, too.

Youngkin, for example, blasted a statewide mask mandate for schools put in place by the state’s current Democratic governor.

“Richmond liberals have made clear that they will stop at nothing to impose their will and take away parents’ ability to decide what's best for our kids. Make no mistake about it, this mask mandate is the first step towards returning to a full shutdown of our economy,” Youngkin said in August, noting that he also opposed vaccine mandates.

The GOP nominee took McAuliffe to task for vetoing a bill that would have let parents opt out of reading assignments, like Toni Morrison’s widely acclaimed novel “Beloved,” which deals with sexual violence, child murder and slavery.

“It is a racist dog whistle,” McAuliffe said. “We don’t teach critical race theory here in Virginia. And all he’s doing, like Trump, is getting parents fighting parents, using children as political pawns. I hate that.”

It’s not clear how much that discussion drove voters to the Republicans, but Tracy said he sees the potential to get parents “off the sidelines” in similar discussions in Illinois. The state GOP has even raised concerns about “critical race theory” in Illinois with fundraising emails and social media posts, although Tracy could not cite any specific examples of it being taught.

“I just know that there’s been a lot of concern from parents up in the suburbs. We don’t see it so much downstate, but I’m told that they’re teaching vestiges of critical race theory in some of the schools up in the suburbs, possibly in the city of Chicago,” he said.

“What the pandemic did is it exposed parents to exactly what is being taught. A lot of parents don’t like what they’ve seen. They’re also concerned about the impact of excessive lockdowns and excessive mandates. Parents are more involved than they have been,” Tracy said. “Soccer moms seem to be spending more time going to school board meetings than even soccer games, because they’re concerned about what their children are being taught.”

Jim Durkin, the Republican leader in the Illinois House, previously told the Center for Illinois Politics that in next year’s elections, debates and vaccines “would not be part of the equation.”

But Tracy said parents should be getting involved in those issues. “The one-size-fits-all approach that Democrats like to take on these issues often results in excessive lockdowns, excessive mandates,” he said. “The Illinois Republican Party is pro-vaccine but anti-universal mandates.”

Tracy said those matters should be left up to local officials, instead.

When asked how Democrats would respond to those issues in Illinois, Witt said the party would keep an eye on national trends, but that it was too early to tell whether those issues would still be relevant on Election Day a year from now.

In Virginia, McAuliffe and other top Democrats grew frustrated with Democrats in Congress for taking too long to pass a national infrastructure bill. They argued that getting the bipartisan deal to Biden would show that Democrats could get things done for everyday voters.

A few days after the Virginia election, the U.S. House sent the infrastructure bill to Biden’s desk. The president will sign it Monday.

Witt said that will bolster the standing of Illinois Democrats, too.

“An infrastructure bill that delivers $17 billion to our state, that’s going to deliver good-paying union jobs is a great thing,” she said. “The money coming into the state actually improves the quality of life from their commute in the morning and having a child care facility nearby.”

Congressional Democrats are working on a second bill, called the Build Back Better Act, that would give states money to provide child care for about 20 million children.

The federal infrastructure bill will complement a capital bill that Illinois lawmakers passed in 2019, added Jake Lewis, a spokesman for the Democratic Party of Illinois. “The important thing for voters to know is that Democrats are delivering on infrastructure, whether it’s at the state level or the federal level,” he said.

Tracy, from the Republican Party, acknowledged that infrastructure projects can be “very, very popular” but questioned whether the federal spending would lead to greater inflation.