Under Siege and Unpopular, Madigan May Gain Biggest House Majority Yet 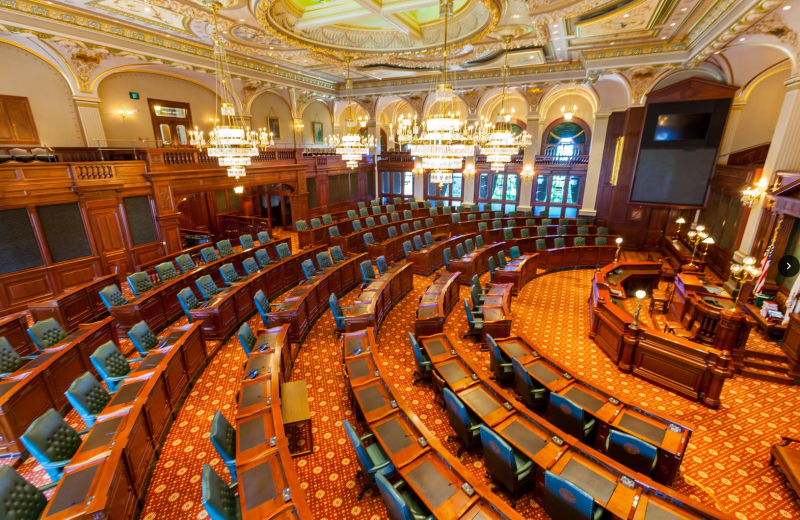 House Speaker Michael Madigan could be on the verge of seeing the largest Democratic majority in the Illinois House in recent memory. His campaign team has more than five times as much money for House races as their Republican counterparts, and, fueled by anti-Trump sentiment, are looking to expand their foothold in traditional GOP territory in the suburbs.

It would be a remarkable accomplishment for Madigan, who conservatives regularly pillory on the campaign trail and who – although the speaker himself has not been charged with any crimes – appears to be the focus of a federal corruption investigation into ComEd and Madigan’s close associates.

Madigan’s Democrats already control 74 seats in the 118-member chamber, giving them enough votes to override vetoes, approve bonding measures or speed up the effective dates of laws without the need for Republican votes. Taking even more seats in the House this year could give Democrats – and likely, Madigan – benefits for years to come.

Madigan’s team is certainly not the only Democratic organization hoping to press its advantage in this year’s election. Around the country, even long-shot Democratic candidates for the U.S. Senate have amassed millions of dollars in a bid to oust Republican incumbents. In Illinois, though, the state House Democrats have attracted money and attention because there are so many contested seats at stake, compared to the state Senate and congressional races.

The speaker and his political team have been able to position themselves to ride a potential blue wave this November by raising money early on, particularly from labor unions. They have targeted Republicans who underperformed two years ago, when a backlash to President Donald Trump helped Democrats make inroads in suburban contests across the country. And they’ve pressed their attack, burying their Republican opponents in a flurry of direct mail hit pieces, and sometimes even TV commercials during network morning shows or the World Series.

“It’s phenomenal,” said Kevin Fitzgerald, a Republican campaign advisor in DuPage County who has been involved with campaigns since the 1970s. “It’s not odd anymore to see [Democrats outspending Republicans] 12 or 15 to 1.”

One of the campaigns Fitzgerald is involved with this year is the comeback bid of Peter Breen, who served in the Illinois House for four years before losing his seat in the 2018 election to Rep. Terra Costa Howard.

A Republican friend of Fitzgerald’s who lives in the district sent Fitzgerald a photo of all the campaign mail he received in a week: one piece supporting Breen and five supporting Costa Howard. “Peter Breen is part of the problem in Springfield,” blared one headline. “If Peter Breen gets his way, women’s rights will vanish,” asserted one of three pieces attacking Breen for his record on women’s rights. Breen’s own piece seemed tame by comparison. “Why settle for Terra Costa Howard?” it asked. “Only Peter Breen will represent a full range of interests.”

Behind the massive spending to keep Costa Howard’s seat in Democratic hands, of course, is Illinois House Speaker Michael J. Madigan. Through Oct. 26, campaign committees controlled by the speaker had provided $1.4 million in direct support of Costa Howard’s campaign, out of the $2.5 million her campaign had raised. Breen, by contrast, has raised roughly $100,000 this year.

The hefty donations to Costa Howard are even more eye-opening considering that Costa Howard has called for Madigan to resign as speaker of the House.

Thomas Bowen, a Democratic strategist who served as former Chicago Mayor Rahm Emanuel’s political director, said the heavy spending by Democrats in this election cycle is a reaction to something that happened four years ago. A week before Christmas 2016, then-Gov. Bruce Rauner, a Republican, donated $50 million of his own money to his re-election campaign two years before his term ended.

“Everything changed,” Bowen said. “It was the largest contribution anybody had ever seen... That said to everybody: You need to put more money into the system every way you possibly can because this guy’s playing for keeps. You better play for keeps too. That is when we started to see the speaker and [then-Senate President John Cullerton] push as much money into the system and spend more in these legislative races than they’d ever spent before.”

Indeed, after Rauner deposited his eight-figure check into his campaign account, he was outspent by billionaire JB Pritzker in the 2018 election and lost. Since becoming governor, Pritzker has spent more than $56 million of his own money to promote a constitutional amendment that would allow Illinois to switch to a graduated income tax. Pritzker, in turn, has clashed with hedge fund manager Ken Griffin, one of the few Illinoisans wealthier than Pritzker. Griffin has spent nearly $54 million to defeat the progressive income tax in the last two months.

That’s a sobering turn of events for legislative leaders. “We know that much money can come into a race that quickly,” Bowen said. “The way you prevent that from getting into your race is to raise money early, spend it early, define your opponent early and make it so that late money can’t save them. Money matters when people are paying attention at the end of the campaign, but it doesn’t change people’s minds if an impression has been created already.”

If that’s Madigan’s strategy, there is some indication it is working. Griffin cited Madigan when explaining why he was throwing money behind the effort to defeat the graduated income tax. The billionaire has also contributed $4.5 million to the campaign to block the retention of Illinois Supreme Court Justice Thomas Kilbride downstate, and anti-Kilbride ads call the judge “Mike Madigan’s favorite judge.”

House Republicans fundraising is a drop in the bucket

But Griffin has given far less money to House Republican races, which would more directly weaken Madigan’s political position. He has given $200,000 each to the campaigns of House Republicans Tom Morrison, Mark Batinick and Deanne Mazzochi, but his top spending priorities have been elsewhere.

The financial arms race in political campaigns has resulted in previously unheard of tactics, such as airing commercials for state House candidates on broadcast TV in the Chicago media market. Campaigns generally shun such expensive outlays, because so few of the viewers of each commercial can actually vote in any of the elections.

A bigger majority for House Democrats could benefit the speaker in many ways:

But Rep. Stephanie Kifowit, a Democrat who has called on Madigan to resign and has launched her own bid to become speaker, doesn’t think that an expanded caucus would necessarily help Madigan’s efforts to hold on to power.

She says the Democrats already have a “young” caucus, where most members have served for less than 10 years. “The new energy and the new dynamic that we have already in the caucus is exciting,” she said. “The new people who might get elected, they bring that same independence and energy and the will to change.”

“Candidates work their butts off to connect with the people… and to have our own identity outside of Mike Madigan. I don’t even really talk to the guy,” she added. “I think every representative that gets elected has to make that judgment call on their own… It’s premature to think that they’re being supported for the sole purpose of the speakership.”

Still, Durkin pushed for the creation of a special committee to investigate Madigan’s actions. Those hearings devolved into partisan acrimony, as Madigan refused to appear before the panel and Democrats delayed further hearings until after elections. But two of the Republican members of the House panel are facing stiff reelection challenges from Democrats.

Representatives from both the House Republican and Democratic campaign organizations did not respond to interview requests.