The up-for-grabs wards that could make or break a runoff for Preckwinkle, Lightfoot 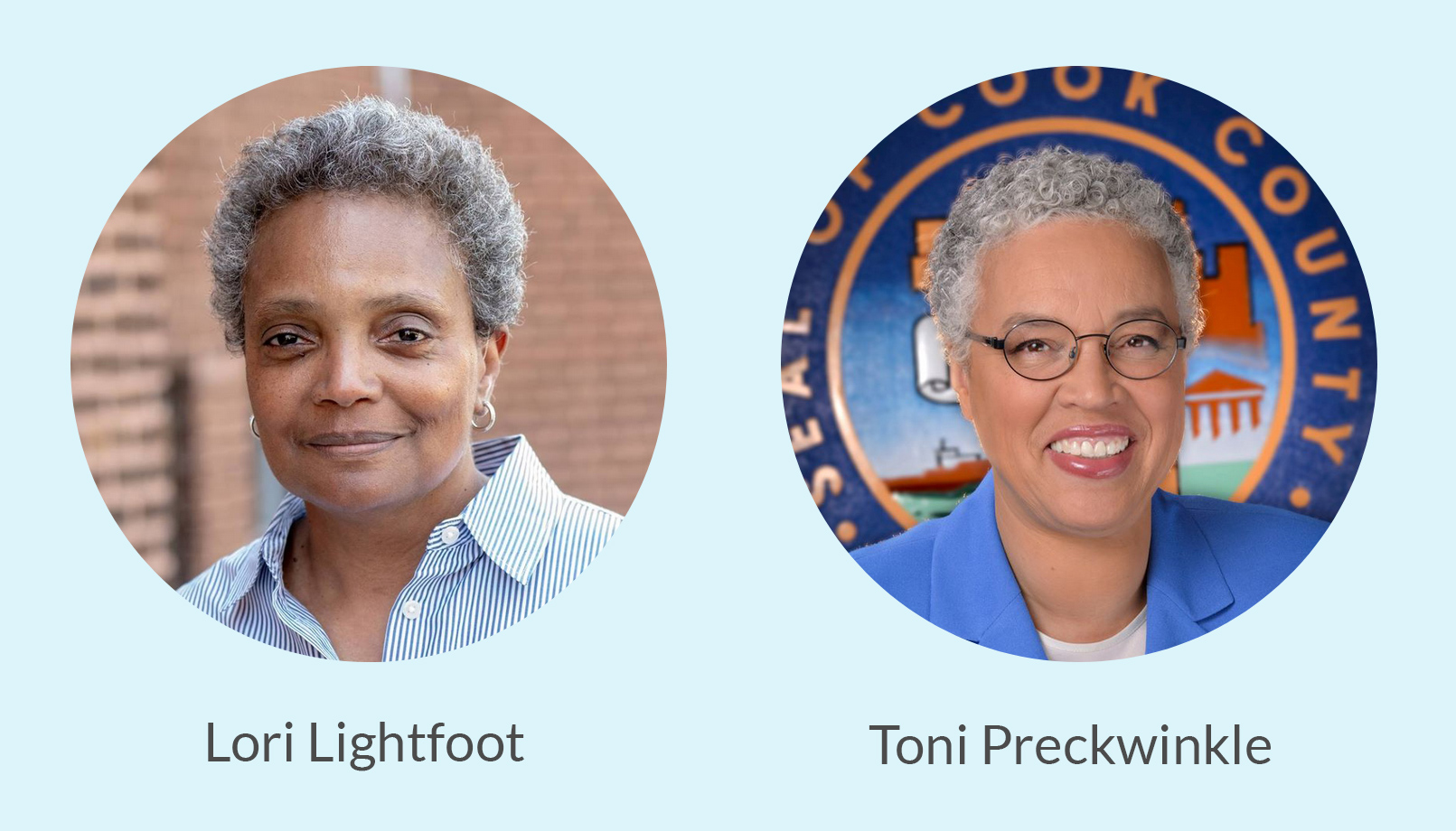 As two African-American women face off in a bid to be Chicago’s next mayor, history has been made.

Whether Cook County Board President Toni Preckwinkle or former federal prosecutor Lori Lightfoot ultimately prevails in the April 2 runoff depends not only on support from their respective South and North Side power bases, but also on a handful of the city’s 50 wards that appear to be up for grabs.

But eight wards in heavily Hispanic areas all voted overwhelmingly for Illinois Comptroller Susana Mendoza or former Illinois Board of Education Chairman Gery Chico in Tuesday’s election, putting at least 49,000 of votes up for grabs in the April election. Historical data trends show that more of Chicago’s 1.6 million registered voters tend to turn out in runoff mayoral elections, compared to general elections.

These wards, political observers say, have traditionally felt ignored by many candidates and the mayor’s office, which has seen numerous African-Americans and fewer Hispanics named to head city boards and agencies by outgoing Mayor Rahm Emanuel.

A new analysis by the Center for Illinois Politics finds the 10th ward on the city’s Southeast Side, the 12th, 14th, 15th and 22nd wards on its Southwest Side and the 30th, 31st and 36th wards on the Northwest Side gave comparatively little support to Lightfoot and Preckwinkle on Tuesday. That makes them prime areas for both candidates to pick up much needed votes in April if they can find a way to resonate with those residents.

Of note, these wards had turnout far below the citywide average in regular municipal elections in both 2015 and 2019. Those numbers increased after Jesus “Chuy” Garcia forced Mayor Rahm Emanuel into a 2015 runoff when neither candidate received more than 50 percent of the vote.

By the numbers, those heavily Hispanic wards averaged 30 percent turnout in the February 2015 regular municipal election, dropping to 27 percent this year. Across the city, turnout was 34 percent in both the 2015 and 2019 regular elections. In the 2015 runoff, turnout increased to 40 percent citywide and averaged 39 percent in those eight wards.

Former city clerk, state senator and 2011 mayoral contender Miguel del Valle, who lives in the 36th ward on the Northwest side, said he saw very little evidence of either Preckwinkle's or Lightfoot’s campaign in his neighborhood in recent months.

At the same time, he said, votes for Mendoza and Chico were comparatively high due to high name recognition and regular interviews with Hispanic media outlets, such as Univision.

“Citywide turnout is low, but residents of these wards especially, they just didn’t get excited or were confused,” del Valle said.

For many voters that sentiment encompasses not just the mayor’s race, but also the city treasurer’s race, where Chicago Alderman Ameya Pawar will face off against state Rep. Melissa Conyears-Ervin in a runoff.

“They don’t know either candidate—they tuned out,” del Valle said, of the voters in Hispanic wards.

As candidates seek to broaden their bases, a solid ground game will be vital in the coming weeks, he added.

“Those votes (come from) people you’ve got to reach directly,” del Valle said. “That’s through Hispanic media, by mail and grassroots campaigning.”