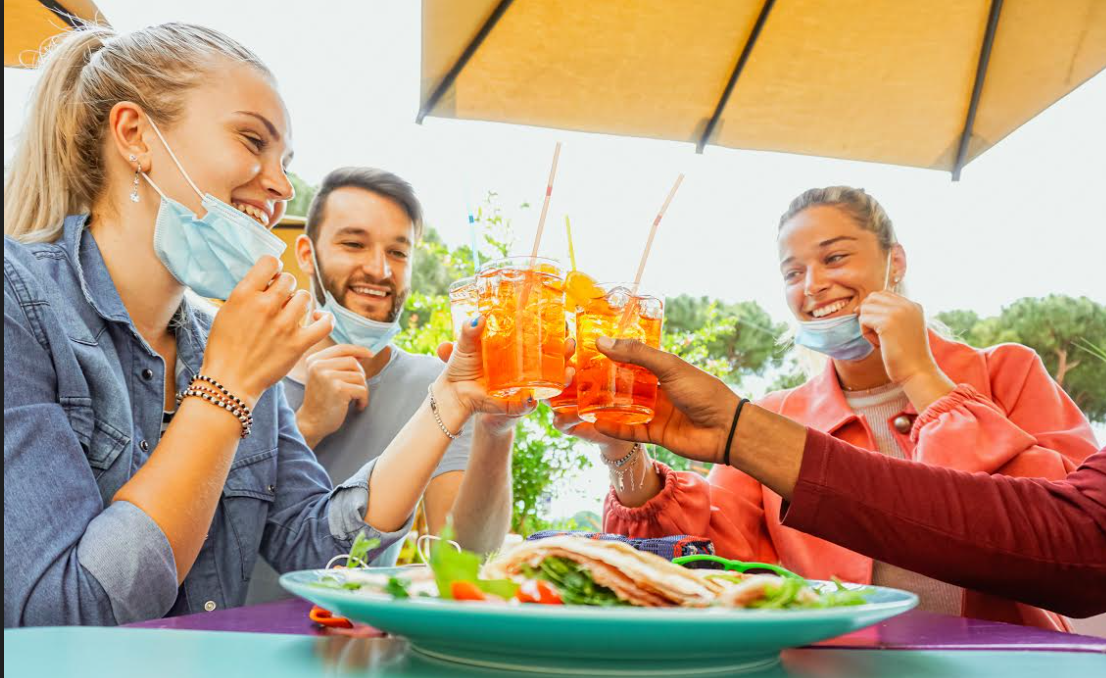 Illinois will soon follow the federal government’s advice and make it optional for people who have been fully vaccinated against COVID-19 to wear masks in public places. But the long-awaited shift will likely create another set of problems for public officials and business owners that won’t be easy to solve.

Gov. JB Pritzker said on Twitter that he would revise his executive orders requiring masks in public.

“I firmly believe in following the science and will revise my executive orders in line with [U.S. Centers for Disease Control and Prevention] guidelines lifting additional mitigations for vaccinated people,” Pritzker wrote. “The scientists' message is clear: if you are vaccinated, you can safely do much more.”

Chicago’s health department also signaled that they would follow the federal lead.

Neither the new rules for the state nor city had been released at press time. The CDC still recommends mask requirements, even for vaccinated people, in health care facilities or on mass transit and airplanes. It would only lift restrictions for people who have had a full course of vaccinations, plus at least two weeks for immunity to build.

It has only been five weeks since Illinois lifted all eligibility restrictions on COVID-19 vaccines, meaning the new CDC guidelines would not apply to a big swath of the population.

But adopting the CDC’s recommendations would be a big jump forward in Illinois’ reopening process, even as the state enters a “bridge phase” that could lead to a complete lifting of state COVID-19-related restrictions by June 11.

“It’s another very helpful step in the right direction for a safe and steady path of reopening and recovery,” said Sam Toia, the president and CEO of the Illinois Restaurant Association. The association, he added, has been trying to get as many restaurant workers vaccinated as possible by holding vaccination events in many neighborhoods for those employees.

Other groups are much more wary of loosening the mask requirements. The United Food and Commercial Workers Union, which represents grocery store workers and other retail employees, urged government officials to tread carefully on making changes. The union has at least 47,000 members in the Chicago area.

“Millions of Americans are doing the right thing and getting vaccinated, but essential workers are still forced to play mask police for shoppers who are unvaccinated and refuse to follow local COVID safety measures. Are they now supposed to become the vaccination police?” UFCW International President Marc Perrone said in a statement.

In restaurants, Toia said, employees can check a customer’s vaccination status by asking for their vaccination card or a photo of it saved on the customer’s smartphone. They can give the vaccinated customers a stamp, wristband or other sign that they’ve been vaccinated.

Of course, a restaurant is not like a grocery store, since every customer in a restaurant has to take off their mask eventually to eat or drink. But Toia said restaurant patrons had generally obeyed regulations that required them to put their masks on when talking with waitstaff.

“You always get one or two bad apples, but for the most part, everyone, especially in restaurants, are following the rules,” he said.

Dr. Anthony Fauci told CNN that the enforcement will basically require an honor system for people going to restaurants and other public facilities.

“[Managers of those facilities] will not be able to know,” he said. “You’re going to be depending on people being honest enough to say whether they were vaccinated or not and responsible enough to be wearing… a mask, not only for their own protection, but also for the protection of others.”

Even before the governor and mayor officially issued their mask policy changes, public officials and businesses scrambled to react.

The University of Illinois at Urbana-Champaign, for example, informed staff and students it would put the new recommendations in place.

Meanwhile, many retail chains have said they would stick with rules requiring all customers to wear masks for now, but a few, like Trader Joe’s, said it would no longer require shoppers to wear masks.

About 37% of Illinois’ population is fully vaccinated, according to the Illinois Department of Health.

But that rate varies widely by community. The vaccination rate in Alexander County at the southernmost tip of Illinois is just 12%. The rate in DuPage County in the Chicago suburbs, on the other hand, was 43%.

The same disparities play out within the city of Chicago. Much of downtown and the predominantly white neighborhoods on the city’s North Side have more than 50% of the population who have been fully vaccinated. The rates in most South and West side neighborhoods, which are home to larger Black and Hispanic populations, though, are below 30%.

Across the country, several Black public health officials have questioned the wisdom of lifting mask mandates broadly, when many communities had such low vaccination rates.

“If the United States had the vaccination rates of Black communities (about 27%) I don’t think the CDC would have changed the masking guidelines,” wrote Dr. Rhea Boyd, a San Francisco-area pediatrician and advocate on racial justice issues. “We should change guidelines when it is reasonable and safe for the populations made MOST vulnerable, not for those who are the least.”