What went wrong and why 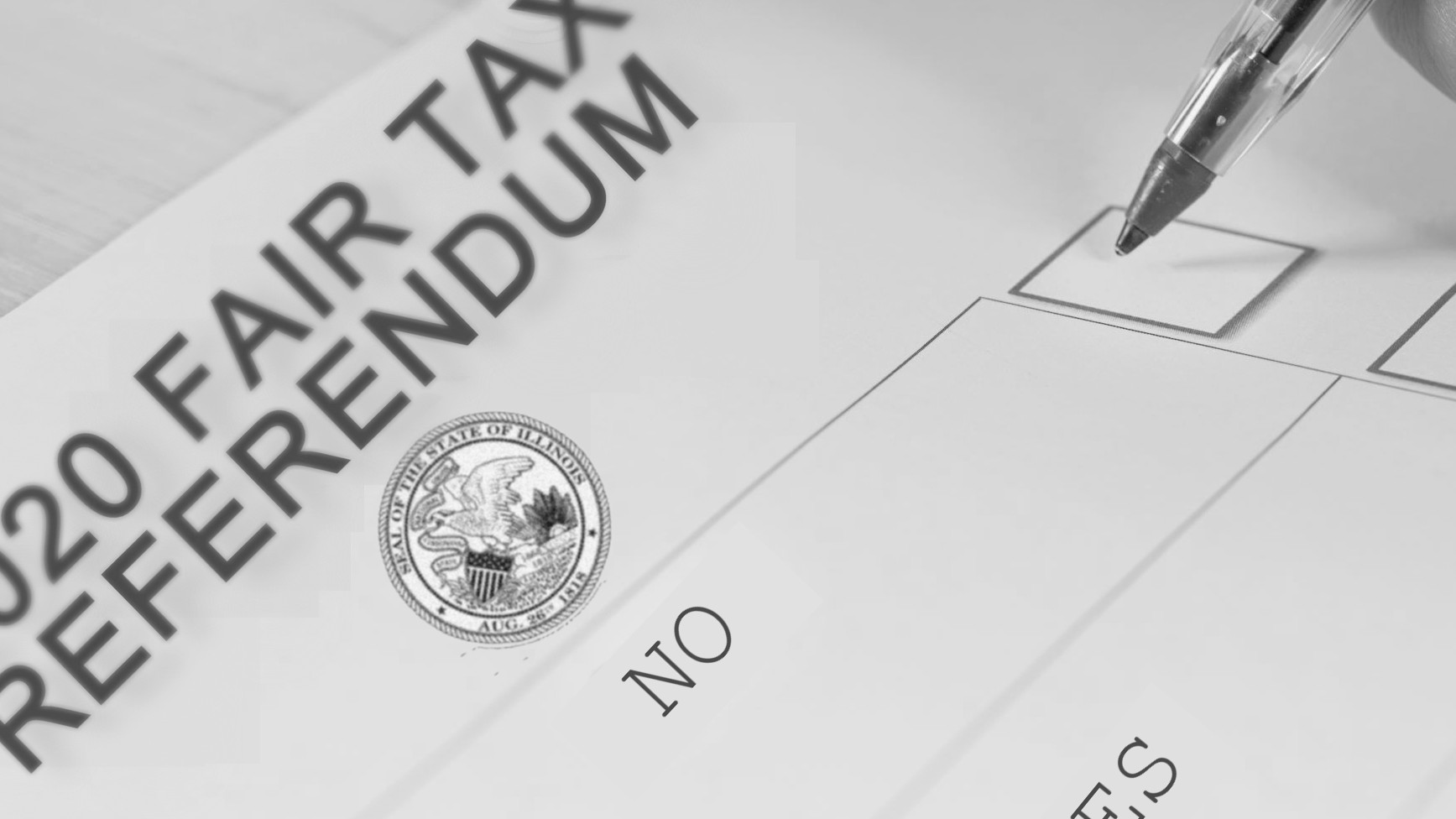 The most stunning result of the 2020 election in Illinois was the overwhelming rejection of the proposal for a graduated income tax. That makes the tax referendum, which was supported by the entire Democratic Party, a major political blunder by its foremost proponent, Gov. J.B. Pritzker.


What supporters dubbed the “Fair Tax Amendment” lost, with almost 55 percent voting against scrapping the state’s flat income tax in favor of a progressive tax that would have forced wealthy residents to pay dramatically more.


Gov. Pritzker reacted with barely-concealed anger after the defeat. “There will be cuts, and they will be painful,” said Pritzker. “And the worst thing is the same billionaires who lied to you about the fair tax are more than happy to hurt the schools, the cities and our state.”


Echoing Pritzker, House Majority Leader Rep. Greg Harris (D-Chicago) blamed the defeat on opponents with deep pockets. “Opponents spent a lot of money on false messages about taxing retirement incomes,” said Harris. “You had a handful of the richest guys in Illinois get people to reject this.”

Pritzker blamed opponents but failed to consider strategic shortcomings that made the campaign even more of an uphill climb. The Covid-19 pandemic ravaged the state’s economy, throwing thousands of workers out of jobs and forcing many small businesses to the brink of bankruptcy, making it a particularly tough time to raise taxes.

In addition, while Gov. Pritzker threw his personal checkbook into the effort, he didn’t invest his political capital in the same way. He didn’t personally campaign for the referendum, preferring to let a direct mail, radio, TV and digital media campaign do the heavy lifting. Aides say he was pre-occupied with the Covid-19 pandemic, focusing on saving lives, and didn’t have time to barnstorm for the tax effort.

That media campaign focused primarily on class disparity, repeatedly saying it was unfair that “millionaires and billionaires” paid the same tax rate as working-class folks.

What the campaign failed to do was answer two basic questions. Why was the money needed? And what would it be spent on?

“The pro side never said why the money was needed,” said Chris Mooney, UIC political science professor. “If it’s just a whole bunch of money, with no explanation of how its going to be spent, given Illinois history of corruption, its easy to say no,” said Mooney.

Although ostensibly a non-partisan issue, the referendum was in essence a proxy war between Democratic politicians, who supported the amendment, and Republican forces who opposed it. And an expensive war at that. Gov. Pritzker spent $58 million on a media campaign to drum up support for the tax change. Hedge fund billionaire Ken Griffin spent $53.75 million to defeat it. Griffin spent less but obviously got more bang for his buck.

But why? For one thing, Griffin was unintentionally assisted by another major political player: powerful House Speaker Mike Madigan, who is linked to a federal corruption probe. Com Ed has admitted hiring or giving contracts to Madigan allies who did little or no work, worth $1.3 million in all, in exchange for favorable treatment in legislation. Madigan has not been charged and has denied guilt

Other states followed a different path

In Arizona, voters passed Proposition 208 to impose an additional 3.5% income tax on high earners (on top of a 4.5% basic income tax rate) to be used specifically for teacher salaries and educational improvements.

In Colorado voters passed Proposition EE to levy a tobacco and vaping tax. They’ll use two years of funding for Covid response and starting in 2023, fund universal access to part-day preschool for all 4-year-olds.

In Oregon, voters passed a tobacco, vaping and e-cigarette tax. Measure 108 will be used to fully fund the state’s Medicaid program.

“In Illinois, this was a vote of no confidence. This was the people of Illinois saying 'we don’t trust you,'" said Mooney.

The failure of the Fair Tax undoubtedly gave a shot in the arm to the state’s beleaguered Republican Party, which holds not one statewide elected office.

“We have been a voice in the wilderness. We finally have been able to break through,” said House Minority Leader Rep. Jim Durkin (R-Western Springs). “This is a blue state and will be for a while. But there’s an alternative that Illinois families are finally hearing. This was families saying, ‘Get your house in order instead of asking us to bail out the reckless, irresponsible spending by Democrats.”

Only in Cook County did the fair tax pass, and the statewide vote total indicates many Democrats joined in rejecting it. Said Lance Trover, an advisor to the Coalition to Stop the Proposed Tax Hike Amendment, “After two tax hikes in the last ten years, and with Illinois staring down an $8 billion dollar deficit, millions of voters made it clear they didn’t trust Springfield politicians with new taxing powers.”

“At the end of the day, it was about millions of Illinois voters coming together and saying they don’t trust Springfield politicians, and they did not want to give Springfield more power,” said Lissa Druss, spokesperson for the Coalition to Stop the Proposed Tax Hike Amendment. “We had small business owners, big business owners, family farmers, factory workers. Democrats. Republicans. Independents. No one wants higher taxes.”

The Fair Tax would have kicked in in the middle of the fiscal year, providing $1.5 billion dollars in much-needed state revenue. “Now, we’re looking at maybe a $3.5 billion dollar shortfall,” said Majority Leader Harris. “It’s a mess.”