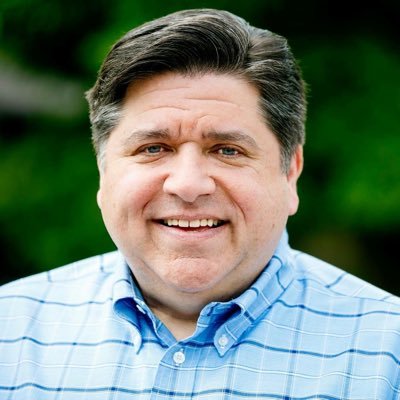 The Illinois Senate held its first hearing this week on redistricting, the once-a-decade process of redrawing district maps that can change political fortunes with a stroke of a pen or the click of a mouse.

The committee discussion this week was highly technical, maybe even arcane. But with so much at stake, Springfield’s most powerful were almost certainly following the proceedings with interest. Legislative leaders were already making the case for what they think is most important when drawing the new maps.
‍
Gov. JB Pritzker has been notably quiet so far
Governors don’t always weigh in on the process, especially because lawmakers have such a vested personal interest in the outcome. Pritzker, though, repeatedly spoke of the need to reform the process during his 2018 campaign for governor and even after taking office.

Now it may be too late for the governor to fulfill those campaign promises. The Democrats, who control both the House and the Senate, want to pass a new map by June 30, to avoid the possibility that Republicans could end up drawing the map instead. That leaves little more than three months for the governor to intervene.

“This is an example of a rookie problem” for the first-term governor, said Christopher Mooney, a political science professor at the University of Illinois at Chicago. “An experienced executive who really thought this was a high priority would have gotten way out ahead of it,” Mooney said. “You can’t reform a process in the middle of the process.”

Of course, the governor’s priorities in his first two years in office were elsewhere. At first it was pushing for a graduated income tax, which voters ultimately rejected. And for the last year, the state’s response to the COVID-19 pandemic has dominated his agenda.

But that hasn’t stopped legislative Republicans from calling on Pritzker to be more assertive during the remap process.

“The governor needs to use everything at his disposal to push his fellow Democrats to get off the partisan [approach] and come up with fair maps,” said state Rep. Tim Butler, a Springfield Republican leading his caucus’ redistricting efforts. “Whether that’s a veto threat or whatever, he needs to use it, and he needs to use it ASAP.”

Butler noted, though, that Pritzker was “politically wounded” since voters soundly defeated his graduated income tax proposal last November. The governor has suffered from other political setbacks recently, too, such as backing the losing candidate in a race to take over control of the state’s Democratic Party.

The governor’s office did not respond to requests to comment.

Campaign promises
Pritzker first committed to changes in the redistricting process as part of his campaign for governor. As far back as July 2017, he said, “We should have an independent method of drawing the districts, so that it’s always going to be competitive.”

The following spring, Pritzker told Rich Miller, the publisher of the Capitol Fax newsletter, that he would veto a redistricting plan that was not produced by an independent commission, rather than by legislators themselves. Gov. Bruce Rauner, the Republican incumbent Pritzker eventually defeated, promised to do the same.

The campaign promises came after advocates tried unsuccessfully to change the redistricting process – which is spelled out in the Illinois Constitution – through ballot measures. In 2016, for example, the Illinois Supreme Court threw out a proposed amendment because it was too broad to meet muster under the state constitution.

Bipartisan effort
Many lawmakers of both parties have supported changes to the process, but they were unable to get a proposed amendment to the ballot box. An effort to put another publicly led measure on the ballot in 2020 faltered because of the difficulty of gathering enough signatures in the middle of a pandemic.

Without any changes to the process, the Democrats who control the General Assembly will have the first crack at drawing the new maps. The process is the same as for any other law.

But if they cannot reach an agreement (or if Pritzker vetoes the map) by June 30, the constitution lays out a process to force a resolution. The last step – and the looming threat over the entire process – is that the party that controls redistricting is determined by randomly pulling the name of either a Republican or a Democrat out of a hat.

Framers of the 1970 Constitution thought party leaders would negotiate rather than take such a high-stakes gamble. But lawmakers have used the tie-breaker three times already.

At the beginning of the last decade, though, Democrats avoided leaving their hands to fate, because they controlled both chambers of the legislature and the governorship. Republicans were effectively shut out.

That could happen again. So it’s no wonder Republicans are pressing for a new arrangement.

“The goal here is to make a General Assembly and to make a congressional delegation that better reflects the political views of the entire state of Illinois,” Butler said. “Illinois is not a supermajority Democratic state. The reason we have a supermajority of Democrats in the General Assembly is because [former House speaker] Mike Madigan drew the maps 10 years ago.”

Butler said you can see the way that Democrats used their map-making authority to pad their majorities by looking at his home city of Springfield. The population of Springfield is about equal to the population of a single state House district, he noted, but the capital city is carved up into parts of three different House districts (and three different Senate districts) instead.

What makes a map "fair"?
Legislative Democrats, though, face their own internal pressures to produce maps that are seen as “fair.” Both Senate President Don Harmon and House Speaker Emanuel “Chris” Welch have supported redistricting reforms before they led their chambers.

Last week, Harmon described how he wants the redistricting process to go by recalling how his own hometown of Oak Park 30 years ago was split up among six different representative districts.

In an op-ed with the Chicago Sun-Times, Harmon blamed the “winner-take-all” tie-breaking mechanism for leaving his community “feeling disenfranchised and diluted.”

“The best way to guarantee fairness is to create more room at the table, and the understanding that the only way to truly reflect the great diversity of Illinois is to give a megaphone to those who have been silenced,” he wrote.

But the Senate leader was also clear that he wanted to avoid the overtime procedures that would kick in if Democrats can’t pass a new map by the end of June.

“Failure to meet deadlines would upend the democratic process and turn map-making over to a small commission of appointed political insiders and, as history has shown, ultimately yield a more partisan result. That would be a disservice to our citizens and counter to everyone’s stated goals,” he said.

Welch, meanwhile, told a Chicago audience that a “fair map is a map that reflects the diversity of our state.”

These days, Pritzker seems to be taking a similar tack.

Pritzker spokesperson Jordan Abudayyeh told the State Journal-Register that the governor “will veto a partisan map” and that he wants to make sure “minorities are fully represented in the electoral process.”

Ryan Tolley, the policy director of Change Illinois, an advocacy group that is pushing for redistricting reform, says just talking about the goals that legislative leaders want is not enough to make sure they are achieved.

“We can talk about the ideals we want to hit all day long, but [we need] a statutory requirement on how to follow those ideas and to make sure that the things that need to be prioritized for proper representation for communities across the state are actually followed,” he said.

He also said lawmakers should produce a report on how their maps comply with the stated goals of their process, so the public understands how the districts came into being. Many people look at the fourth congressional district, for example, and see its odd shape as proof of gerrymandering, he said, when in fact, the tortured shape helps the state promote Hispanic voting power as required by federal law.

Another feature Change Illinois is pushing for is more time for the public to react to proposed maps before they are finalized.

But Mooney, the UIC political scientist, says Pritzker doesn’t have a lot of options to influence the redistricting debate right now. If the governor vetoes a plan, he risks giving the map-making power to Republicans. He would also alienate the same lawmakers he needs to pass his legislative priorities, which will likely include tough budget measures.

“He doesn’t have the political capital to throw around,” Mooney said. “And it’s too damn late. It’s almost too late to file a bill.”

As governor, though, Pritzker will take the blame if the process doesn’t work out the way that voters had hoped it would, Mooney added. “He’s going to have to figure out how he’s going to get around this, and, you know, he wouldn’t be the first politician that went back on a promise if he doesn’t.”