Pritzker vs. Griffin: The tax fight between two of Illinois' wealthiest men 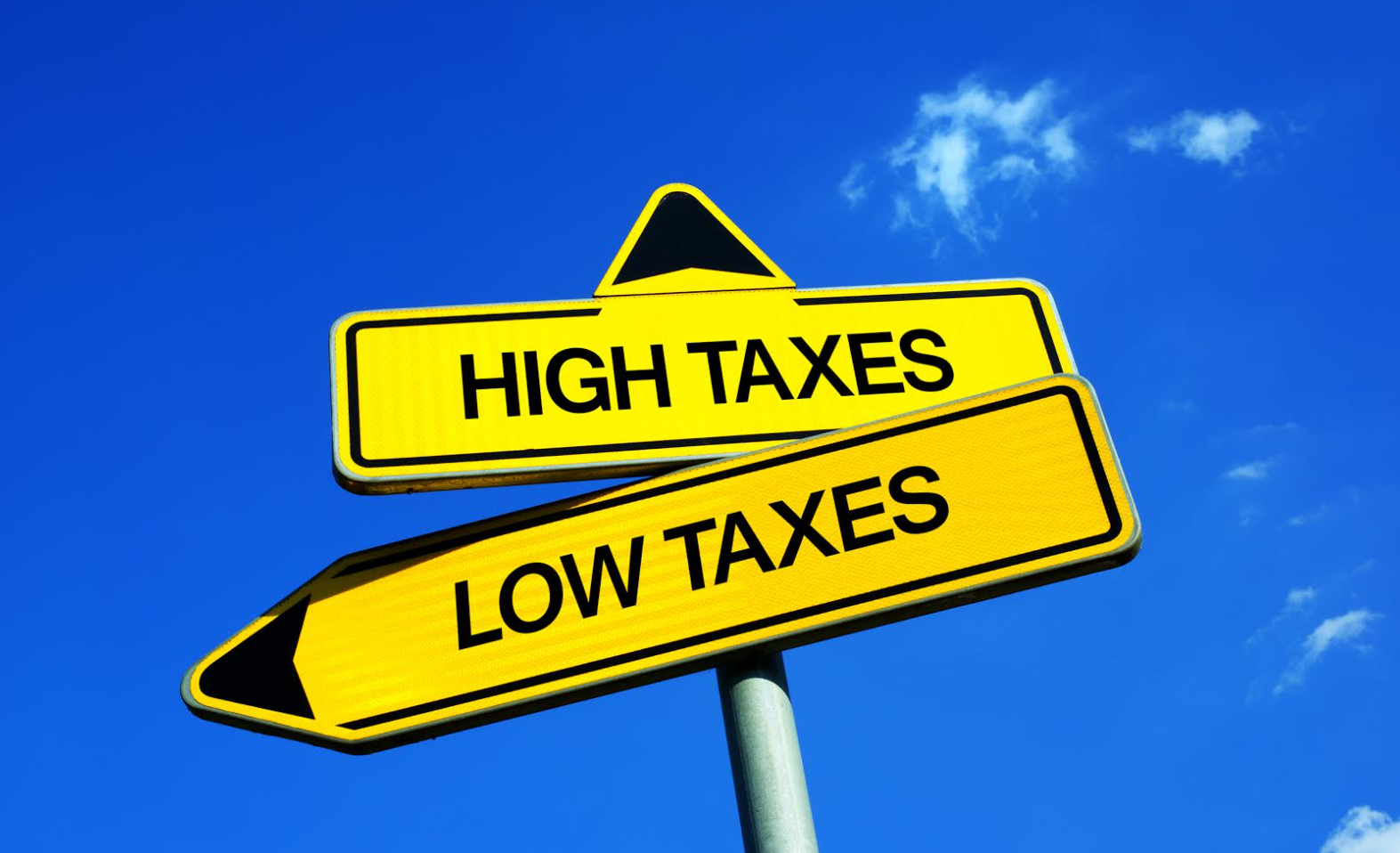 For a while, it seemed like Gov. JB Pritzker might have scared off any serious opposition to his graduated income tax proposal, which he and legislative Democrats have asked Illinois voters to authorize in this November’s election. Not only had the billionaire governor campaigned on the idea, but he also donated more than $56 million to the campaign to support it.

But then Ken Griffin entered the picture. Griffin, a Chicago hedge fund manager and one of the very richest persons in Illinois, waited almost until Labor Day weekend to make his move. He initially gave $20 million to a group opposing the governor’s proposed amendment in late August, then added another $26.8 million in late September. As of this writing, his contributions to the Coalition to Stop the Proposed Tax Hike Amendment account for 96 percent of the group’s total funding.

Griffin, a frequent Republican donor and the founder and CEO of Citadel LLC, explained his involvement in an op-ed for the Chicago Tribune on September 4th.

“After two income tax hikes over the last 10 years, including a record-breaking increase in 2017, Gov. J.B. Pritzker has implemented nine new taxes this year alone. And what do we have to show for it? A deepening budget deficit, a public pension crisis and the highest property taxes and worst credit rating in the country,” Griffin wrote.

“The governor has contributed $50 million to fight to raise taxes on the working people of Illinois. It is a remarkable expenditure that may well endear him to [long-time House Speaker Michael] Madigan’s compatriots, but the outcome he seeks will further burden our great state. I’m willing to stand up for what is right, and I’m willing to take on the governor on this issue,” he added.

Since laying out his money to oppose the graduated income tax, Griffin has also spent $2 million in the campaign to oppose the retention of Illinois Supreme Court Justice Tom Kilbride downstate and donated to several Republican legislative candidates. In 2018, the Chicagoan gave $20 million to support former Gov. Bruce Rauner’s 2018 re-election campaign against Pritzker. He has also been a major patron of the Art Institute of Chicago, the University of Chicago and many other local causes.

The fight between two of Illinois’ wealthiest men could determine how much wealthy people will pay the state of Illinois in income taxes. Pritzker wants voters to change the Illinois constitution to allow people who earn different amounts of income to be charged different tax rates, much like the system used by the federal government and many other states. The Illinois charter currently specifies that all taxpayers must pay the same income tax rate.

If the amendment passes, a law that has already passed the General Assembly would take effect in January. That law would offer modest tax cuts for people earning less than $250,000 a year. Taxpayers earning more than that would face higher tax rates.

Griffin’s donations allowed the coalition of opponents to launch a flurry of TV commercials and spend hundreds of thousands of dollars on Facebook advertisements, just as voters’ attention turned to the general election which will include the amendment on the ballot.

Lissa Druss, a spokesperson for the Coalition to Stop the Proposed Tax Hike Amendment, sent an emailed statement in response to questions about the effect that Griffin’s donations had on the campaign.

“We are encouraged that people from throughout Illinois, especially bipartisan small business owners, are responding positively to our message that this is the worst possible time to raise taxes,” she wrote. “The Coalition welcomes support from anyone who believes we must stop Springfield politicians from having new power to increase income taxes on every group of taxpayers, whenever they want.”

Other opponents of the governor’s graduated income tax proposal acknowledged that the influx of the funds amplified the arguments they’d been making for months.

“Everybody can see that there is more momentum growing,” said Lord Mic Williams, the marketing and communication director for the Illinois State Black Chamber of Commerce, a group that features prominently in the TV commercials opposing the amendment. “An ad playing during the [Chicago] Bears game is what it is, but shows how serious we are. We’re not going to go down without a fight.”

State Rep. Tom Demmer, the deputy House Republican leader, said Griffin’s contributions helped the opponents of Pritzker’s amendment “counteract” some of the messages put out by the governor and his allies. He said the opponents are now able to drive home the point that the amendment itself doesn’t set tax rates permanently, and the lawmakers could change those details anytime in the future.

“That infusion of funds helped bring out both sides of the messaging,” Demmer said. “It ensured that some very legitimate concerns with this initiative were not lost or swamped by the tens of millions of dollars that the proponents were spending.”

While Griffin’s money came late in the campaign season, it helped opponents get the word out just as most voters were starting to pay attention to the issue, Demmer said. Was it a surprise? “I’d say it’s the new normal in politics,” Demmer said. “Things happen very quickly. Fortunes are reversed very quickly.”

Where opponents see Griffin’s money as a way to counteract Pritzker’s message, the governor and his allies say it has spread disinformation about the measure.

“The other side having money, almost the exact same thing, dollar for dollar that we have, does allow them to get their message out there, and that’s something we’ve had to combat,” said Quentin Fulks, the chairman of the Pritzker-backed Vote Yes for Fairness campaign. “I think their strategy the whole time has been to lie, to defame, degrade and fearmonger and to scare people into not supporting this.”

Proponents of the graduated income tax, though, have had to use a lot of their resources to educate voters about the issue.

One point of contention in the campaign is over how the proposal would affect the legislature’s ability to tax retirement income. Illinois is one of a handful of states that does not tax that income, but the legislature could change that policy whether or not the governor’s so-called Fair Tax amendment passed.

“Vote Yes for Fairness can’t win a campaign for the Fair Tax by simply saying it doesn’t tax retirement income,” Fulks said. “We have always had the responsibility to Illinois voters to communicate to them and educate them on what the Fair Tax is. But the politics of it is, we’ve also had the responsibility to defend against the lies. That’s what we’ve done up to this point.”

But the governor also says the fact that Griffin and many other rich Illinoisans are lining up against the graduated income tax shows why it is needed.

“I realize that the wealthiest people in the state, people like Ken Griffin, are going to do everything and anything that they can to keep the burden on the middle class and those who are in the working class and to not shoulder the burden themselves,” Pritzker told the Center for Illinois Politics.

“But let’s face it,” he said, “the wealthiest people in our state are the ones who have the greatest ability to help get us out of the unfair, deficit-ridden budgets that we’ve had… The people who are fighting against this, they like the status quo because it benefits them.”

When asked if he thinks Griffin’s millions would muddy the message of his campaign with concerns about taxing retirement income, the governor is blunt: “I think people see through the lies they’re telling,” he said. “The Fair Tax has absolutely nothing to do with the retirement tax. I have opposed retirement taxes from the very beginning, always have, always will. And so do Democrats, we all oppose the retirement tax.”

“One thing I know is that it’s people on the vote-no side who have proposed a retirement tax, they proposed raising the flat tax, they’ve proposed raising sales taxes,” the governor said, alluding to proposals from the Civic Committee of the Commercial Club of Chicago (both Griffin and Pritzker are members of the committee, made up of business executives). “They’re the ones that want to tax the middle class and the working class. We want to alleviate the burden on them and ask the wealthiest people to pay a little bit more,” Pritzker added.