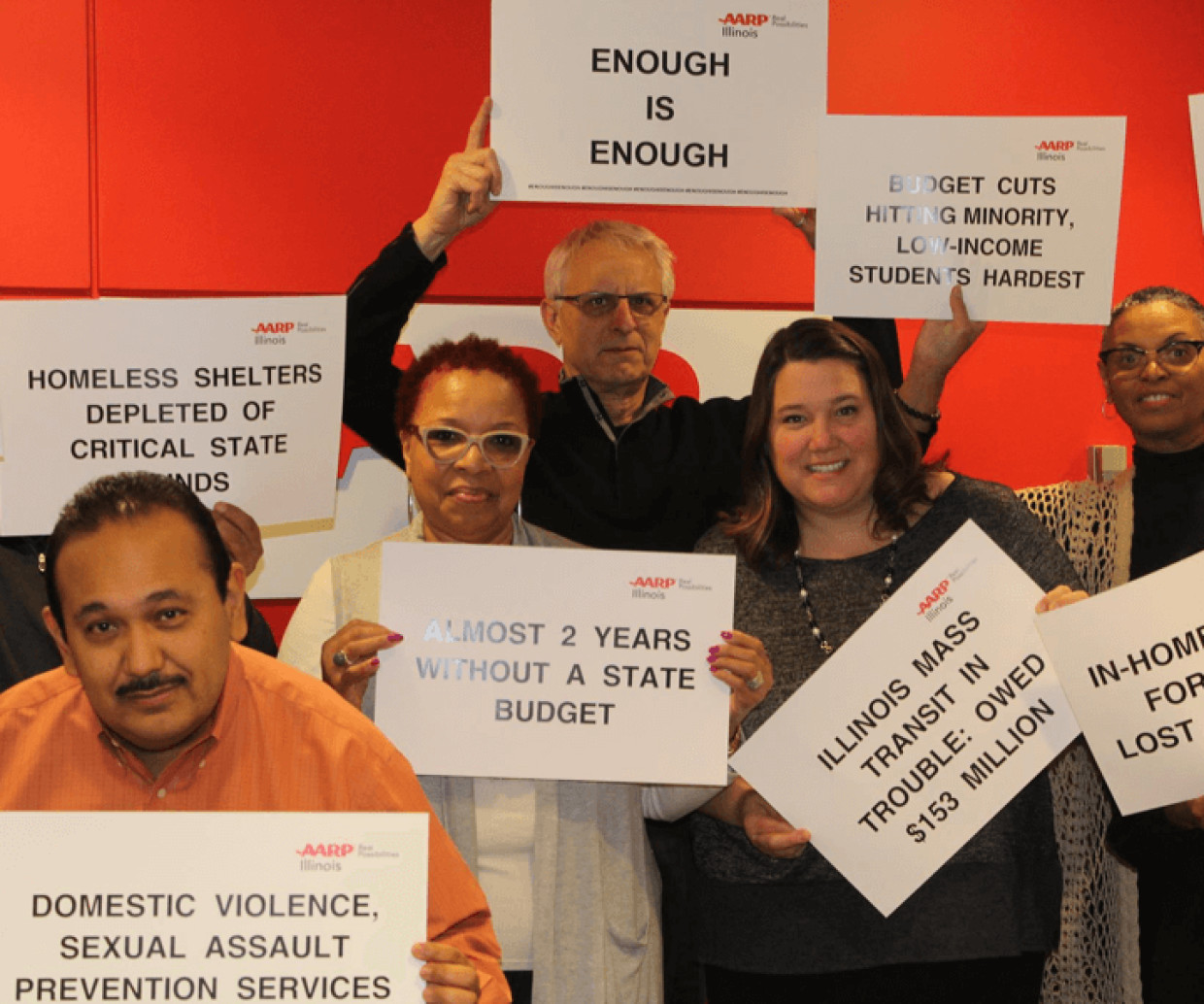 Its release comes on the heels of a major study of 1,200 Illinois voters by the AARP that suggests an overwhelming majority of Illinoisans are angry about the state’s financial standing, so much so that they’re strongly considering packing their bags and leaving the Land of Lincoln.

Part of our job here at the Center is bringing data and talking points home and putting them in a context that matters to you. This week, we take a look at public sentiment as Pritzker launches his ambitious agenda, and what it entails.

“Our state’s deep fiscal problems, including the $6 billion unpaid bill backlog, $130 billion pension deficit, and near-junk level credit rating hurts Illinoisans of all ages on a daily basis. To display the true impact of the state’s troubling finances, it was important this poll reveal how important solving these problems is to all Illinoisans of all ages,” AARP Director Ryan Gruenenfelder said.

Last fall, AARP conducted a survey of registered Illinois voters ages 25 and up to gauge public opinion of our state’s government. The majority of the 1,200 respondents was displeased with Illinois’ current fiscal condition and believed addressing the growing pile of state debt should be a top priority for any administration in Springfield. The study expounded on these sentiments, as well as a number of others.

Pritzker’s report, released late last week, serves as a blueprint and is not binding.

The plan put out by the state’s Department of Commerce and Economic Opportunity has three main objectives: To lay down a foundation for long term growth; reduce the equity gap; and attract more businesses to Illinois.

The AARP’s Gruenenfelder noted that after the survey revealed the four top issues facing the Governor and the legislature, it made clear for the need for a comprehensive, equitable plan possible for to be implemented that “will restore our state to full fiscal solvency, provide tax relief, stimulate our economy and control spending while ensuring key services are properly funded.”

Illinois, the report states, “has the fundamental building blocks of a thriving, inclusive community. Yet we can do more to bring prosperity and opportunity to every corner of Illinois. When Illinois governments, nonprofits, educational institutions and business institutions come together to execute the right plan, the possibilities for our economy are endless.”