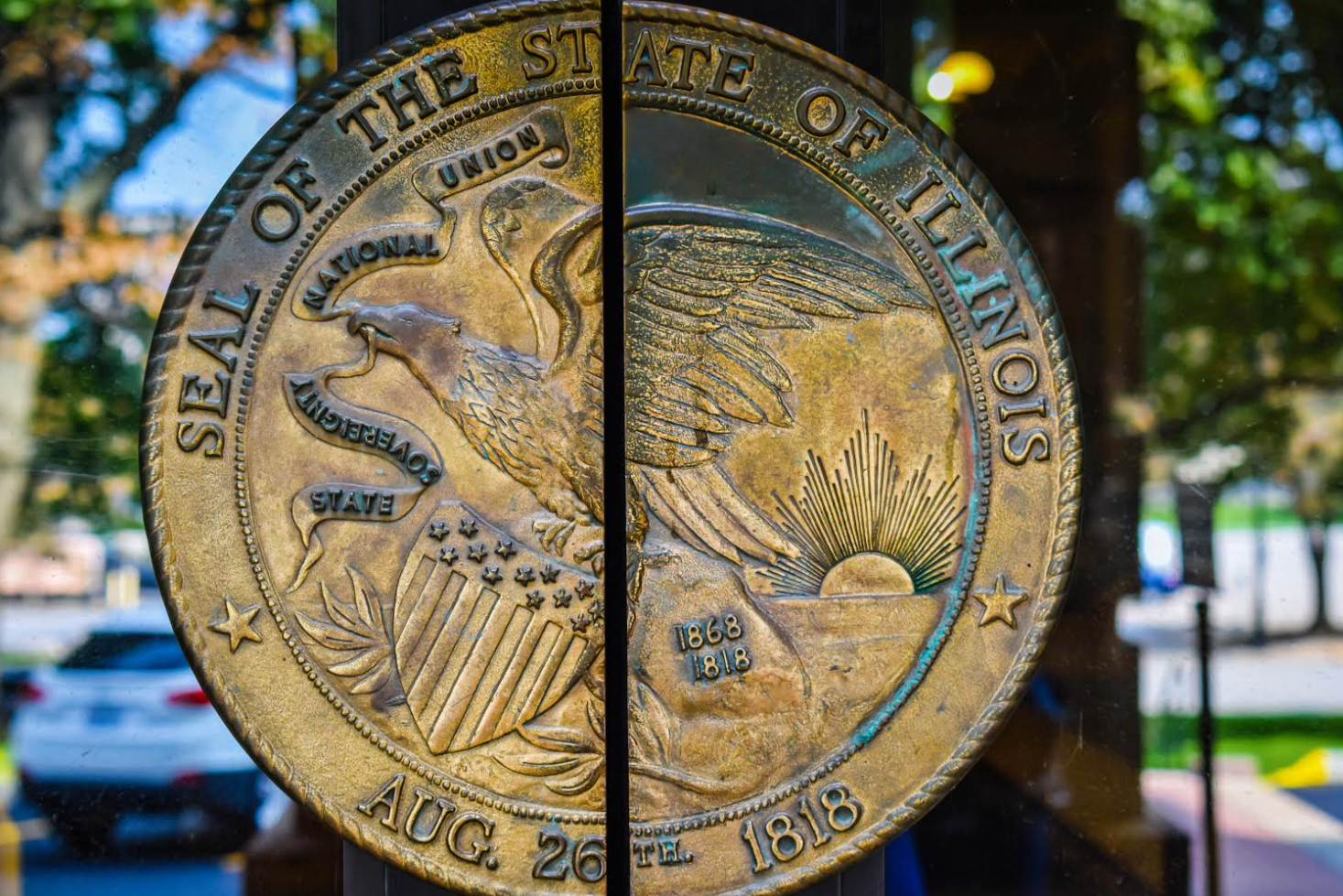 In what seemed like a matter of minutes, State Rep. Emanuel “Chris” Welch (D-Maywood) went from loyal supporter to top dog when House Democrats effectively staged a coup d’etat, ousting Mike Madigan from his 36-years-long powerful perch in the speaker’s chair, and replacing him with Welch.

“He’s drinking out of a fire hose right now. It was really just thrown at him,” said State Rep. Jonathan Carroll (D-Buffalo Grove). “It’s really cool that we have our first African-American speaker in the chamber of Lincoln. A lot of tears were shed when this whole thing happened.”

“I really enjoyed President Cullerton. He and I got along great,” said newly elected Senate Minority Leader Dan McConchie (R-Lake Zurich). “He left a great legacy in his willingness to reach across the aisle for what was best for the state. President Harmon came in mid-session just a few weeks before Covid, which is tough. He says he wants to continue the level of bipartisan cooperation we’ve had in the past. That’s encouraging.”

With new leaders now in place -- Speaker Welch and President Harmon --- hopes and expectations are rising for change in how both chambers do business.
During his nearly four decades in the speaker’s chair, Mike Madigan was known for his tight control of the legislative process. No bill made it to the floor for a vote without a green light from Mike Madigan.

“You’d get a bill out of committee, you’re ready to  bring it to the floor for a third reading, the final reading where we vote on it and you’d never hear from it again,” said Rep. Carroll. “Members would be asking ‘Why is my bill not moving?’ You’d do everything necessary, working the bill gathering the votes and then…it never gets called. No vote and no explanation. Incredibly frustrating.”

“The House rules are an even more important vote than the vote for speaker because this is our operating structure for the next two years,” said Rep. Demmer. “What we had under Madigan for 40 years was a very centralized power structure. It’s time to make operations in the House more collaborative and empower individual members more.”

Both Rep. Demmer and Rep. Carroll want to see term limits on leadership positions and committee chairmanships. Rep. Demmer wants limits on legislative terms as well. And Rep. Demmer is hoping that Fair Maps get a real chance at consideration.

“Fair Maps and redistricting reform certainly had support from Republicans and Democrats through the years, and from voters as well. But those proposals haven’t been given a vote in the Illinois House because that was not something Speaker Madigan supported,” said Rep Demmer.

No doubt Madigan’s lack of support had something to do with the fact that he’s drawn the new legislative maps each decade since 1971, with an eye toward protecting incumbent Democrats and electing new ones.

Speaker Welch has said he supports a 10-year term limit for the speaker, and in the past has supported an independent commission for legislative redistricting.
Rep. Demmer also said under Madigan, bills were called for a floor vote or introduced in committee out of the blue, often with only an hour’s notice.

“The majority party, because they have the votes, will often run a proposal with virtually no time for anyone to examine it and push through a vote before we give it any kind of sunlight. So there’s got to be increased transparency, say, waiting periods, that will allow people to understand what’s in a bill before they vote for it and give the public a chance to speak their minds in committee,” said Rep. Demmer.

Speaker Welch reached out to Republicans for their input on the revised House rules, which are to be unveiled and voted upon when the House reconvenes on February 10.

In the Senate, President Harmon has been working to put his stamp on leadership, while updating how his party caucus operates.

“Harmon has probably got a better grasp on how you use social media,” said State Sen. Jacqueline Collins (D-Chicago). “He’s been broadening our digital footprint and seeing that as an important part of how he wanted to structure the caucus and communicate with our constituents.”

“He was willing to sit down and listen to our concerns and seemed willing to support us and move forward in making our agenda a reality in legislation. Being of a different age, with children in high school, he’s mentioned many times his children have been in Black Lives Matter demonstrations so I’m sure he’s hearing it at the kitchen table,” said Collins.

Harmon is also looking at Senate rules, says Collins, and taking suggestions from fellow lawmakers.
“One new rule is when a bill comes out of the Assignment Committee, it doesn’t necessarily have to go to one committee. It can go to two committees that might be concerned with the issues. But it has to pass them both to get to the floor,” said Collins.

Senate Minority Leader Dan McConchie has submitted a list of recommended rules changes to Harmon, after studying best practices in state legislatures around the country.

“One would be to require every bill which gets introduced to at least be assigned to committee. Right now, a bill does not have to even be assigned to a committee for consideration. Actually, 85 out of the 99 legislative chambers across the nation require assignment of bills to committee,” said McConchie. Of the 50 states, 49 have both a House and Senate chamber. Nebraska has a unicameral or single-chamber legislature.

McConchie also wants to make it easier to get bills out of committee.

“Right now, if you’ve got a popular bill but the committee chair doesn’t like it, there’s no way to get that bill to the floor for a vote. 73 out of the nation’s 99 legislative chambers have some mechanism to discharge a bill out of committee,” said McConchie.

McConchie also wants the ability to establish investigative committees in the Senate (the House can already do this); wants debate in committee hearings to be transcribed; and wants posting requirements for notices of bills and amendments.

“During the lame duck session, it was 3:04 in the morning that we got the last amendment to the crime bill. It was 700 pages long! At 4:04 in the morning, exactly one hour later, we began debate and there was a vote 20 minutes later,” said McConchie.

McConchie proposed longer posting notices of 24 hours for substantive bills and 72 hours for budget bills.
“I’ve been in the legislature when a budget bill gets dropped within an hour of posting notice. It’s 2,000 or 2,500 pages long and there’s no possibility in an hour of having any idea what’s in that. And you’re required to vote on it. We need rules that provide greater transparency, and really allow individual legislators to represent their constituents rather than have very top heavy control, which we’ve had for a long time,” said McConchie.

For all the pressure on Welch and Harmon, there’s just as much opportunity.

“Welch has an opportunity to really build a tremendous foundation and legacy for himself. And that can come from being your own person,” said Rep. Carroll. “One of the reasons he is there now is there was a group of members, including myself, who felt the way we were doing things had to change.”

Despite sharp differences on policy, Sen. McConchie said Harmon has an opportunity to remove vitriol from political debate.

“There’s a lot more expectation on behalf of our constituents to really get out there and fight. There’s an expectation to kind of raise the temperature,” said McConchie. “In the last few years, politics became a lot more personal at the federal level. That’s trickled down to the state level. I’m working very diligently to make it not personal. And President Harmon is doing the same. It’s about airing disagreements and doing it in a civil way while crafting policies to move the state forward.”