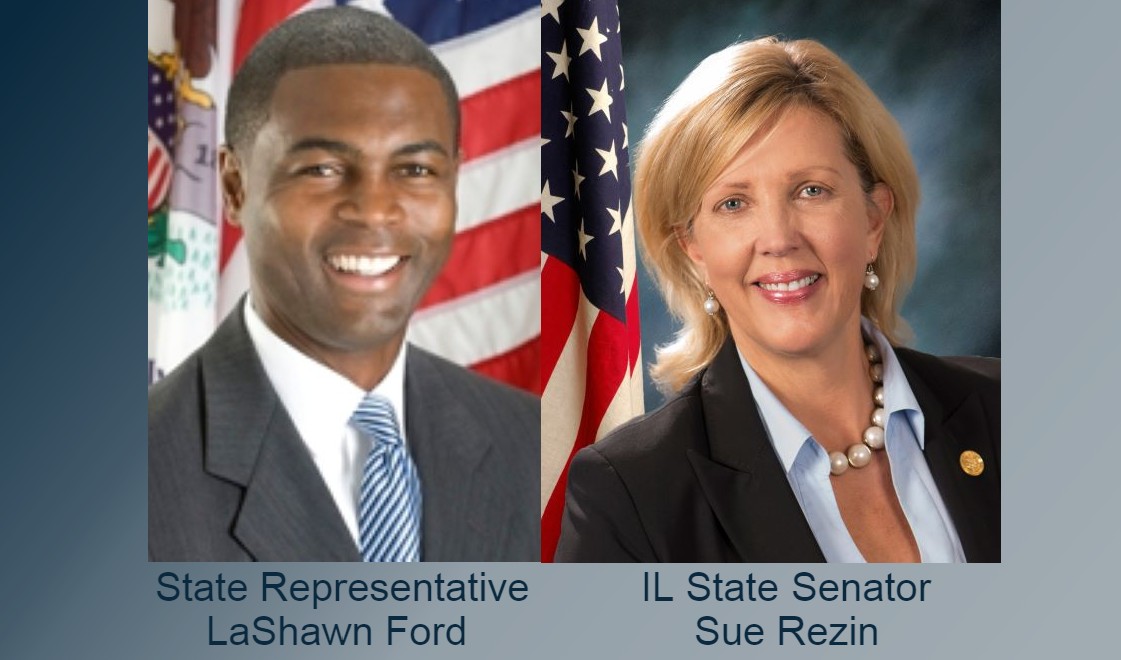 Amidst reports that thousands of doses of a Covid-19 vaccine produced by pharmaceutical giant Pfizer could be coming to Illinois in the next month, legislators are calling on the state to be more transparent and open to input about vaccine distribution and other issues related to the pandemic. Initial reports indicated the number of doses to be around 400,000, but the number has reduced significantly to an expected 80,000 doses.

State Rep. La Shawn Ford (D-Chicago) says the state’s plan “to give vaccines to first responders first” makes sense, but questions whether it is going to ensure that the hardest hit communities are going to be reached. “Data shows where the greatest need is – and we have to make sure that the vaccine is distributed to these communities,” he says. The state’s vaccination planning guide says that “vaccine providers will be allocated vaccine, as it becomes available, based on the overall jurisdiction’s population size and disease burden, while ensuring equity.”

Dr. Ngozi Ezike, director of the Illinois Department of Public Health, recently said that the vaccine will be provided free of cost to individuals – though providers may charge a small fee that will go towards insurance. Ford says that “the cost factor should never come up at all. We need to work with the insurance companies and waive the fees.”

Ford adds that the state’s vaccination plan is “really not that concrete. There is no input from the General Assembly about the best way to handle Covid around the state. We need to broaden how we get the message out so that the messengers are both Democrats and Republicans in Illinois.”

Last week, Ford said he had been in discussions with Madigan’s office and that hearings could be held after Thanksgiving. “Our idea is to do this immediately after Thanksgiving - with or without Madigan or Harmon,” Ford says. The General Assembly has not been in session since May because of Covid. This fall’s veto session in the General Assembly was also cancelled because of safety concerns related to Covid, officials say.

“The Covid virus is impacting everyone in the state, which makes it universal and not a partisan issue,” says Ford. “That means all hands must be on deck. When people don’t have a say, it’s hard for them to agree. There’s no better issue than Covid to open up cooperation between Democrats and Republicans.”

More than 11,000 people in Illinois have died of Covid. On Thursday, the state recorded 168 deaths related to coronavirus – the most in a single day since May.

At a time when there has been minimal federal guidance about Covid, the state’s plan says little about how Illinois will communicate to the public except to say that the state will “collaborate with local Public Information Officers (PIOs) to conduct a statewide media campaign to share facts about the vaccine and to encourage citizens to be vaccinated.”

Ford, Rezin, and other legislators say that they and their constituents need a forum through which they can provide input and ask basic questions about the impact of Covid on Illinois communities.

In an interview last week, Sen. Rezin identified a range of issues that urgently need to be addressed.

“All of our offices get many questions about unemployment insurance, and the difficulty people are facing in receiving benefits,” she says. “We all know there’s been an unprecedented number of claims.”

“The good news is that having a vaccine is on the horizon, but do we have the personnel to distribute it in a massive way?” Rezin asks. She also says that contact tracing is “for the most part left to local public health departments – do they have the staff in order to perform tracking or funds they need from the federal CARES Act? We need to figure this out for our communities.”

Rezin also says the state needs to get software in place to document software tracking and whether communities have what they need.

Rep. Ford adds that the CARES money that the federal government sent to states was supposed to be earmarked for communities most affected by Covid. “We have to make sure that resources are directed the way they should be.”

Still, Ford says that more legislative and public input is needed. “During the pandemic, we’ve allowed for the governor to run the state on his own. That’s never healthy.”

State Sen. Laura Murphy (D-Des Plaines), who co-chairs the Restore Illinois Collaborative Commission, says that public input is integral to policymaking. "If legislators have issues to bring up, they should share that with the Commission.” She adds that the Commission is talking about making future meetings public.

While Covid spiked in the last three weeks, considerable attention has also focused on:

Meanwhile, on Friday, November 20, daily deaths in Illinois from Covid exceeded 100 for the third day in a row.

While legislators and the governor call for unity during this crisis, they also keep pointing at the other side of the aisle. In comments this week, Gov. Pritzker continued to single out shortcomings of the Rauner administration as well as the federal government's failure to provide resources to states. Meanwhile, Sen. Rezin says that we need to be asking the governor the same questions he may be asking the federal government.

What Other States Are Doing

In a nation where there has been little unified federal guidance to states about how to respond to coronavirus, many states have had to figure out on the fly how executive and legislative branches can face the pandemic. The bipartisan National Conference of State Legislatures points out that there’s great variation among state legislatures in how they provide oversight of emergency executive powers. In many cases, state legislatures play a considerably more significant role in checking executive privilege than Illinois does.

What is needed, says Sen. Dan McConchie (R-Lake Zurich), incoming Senate minority leader, is the “rebalancing of power between the executive and legislative branches. Obviously, we’re in a crisis now," he adds. "I just wish we had a more inclusive system so that we didn’t have unilateral control.”

Last spring, McConchie introduced legislation that said the governor can issue a state of emergency for 30 days. After that, he would need to get legislative approval. The bill was not brought up for a vote or assigned to a committee.

McConchie says he has also submitted questions to the governor’s office related to emergency orders but has never gotten a response other than a “thank you for the idea, we’ll pass it along.”

He adds that he talked to a number of legislators on the other side of the aisle who also believe more input is needed – but they are in a spot where many don’t want to speak publicly. "That’s a situation some Republicans were under when Rauner was governor.”

Laurel Harbridge-Yong, an associate professor in the Department of Political Science at Northwestern University, has researched partisan conflict and the lack of bipartisan agreement in American politics. “We know in some cases that questioning the leader of your party can be seen as weakening that person or the party,” she says. “It’s healthy for democracy if we can raise questions. But what if that doesn’t align with party incentives?”

With Illinois in a state of crisis, Rezin says “we’re at the point where we have to reach across the aisle to find common ground. It’s not a question of whether I think we can – we must do it. This pandemic has taken on a life of its own. The political banter needs to stop.”