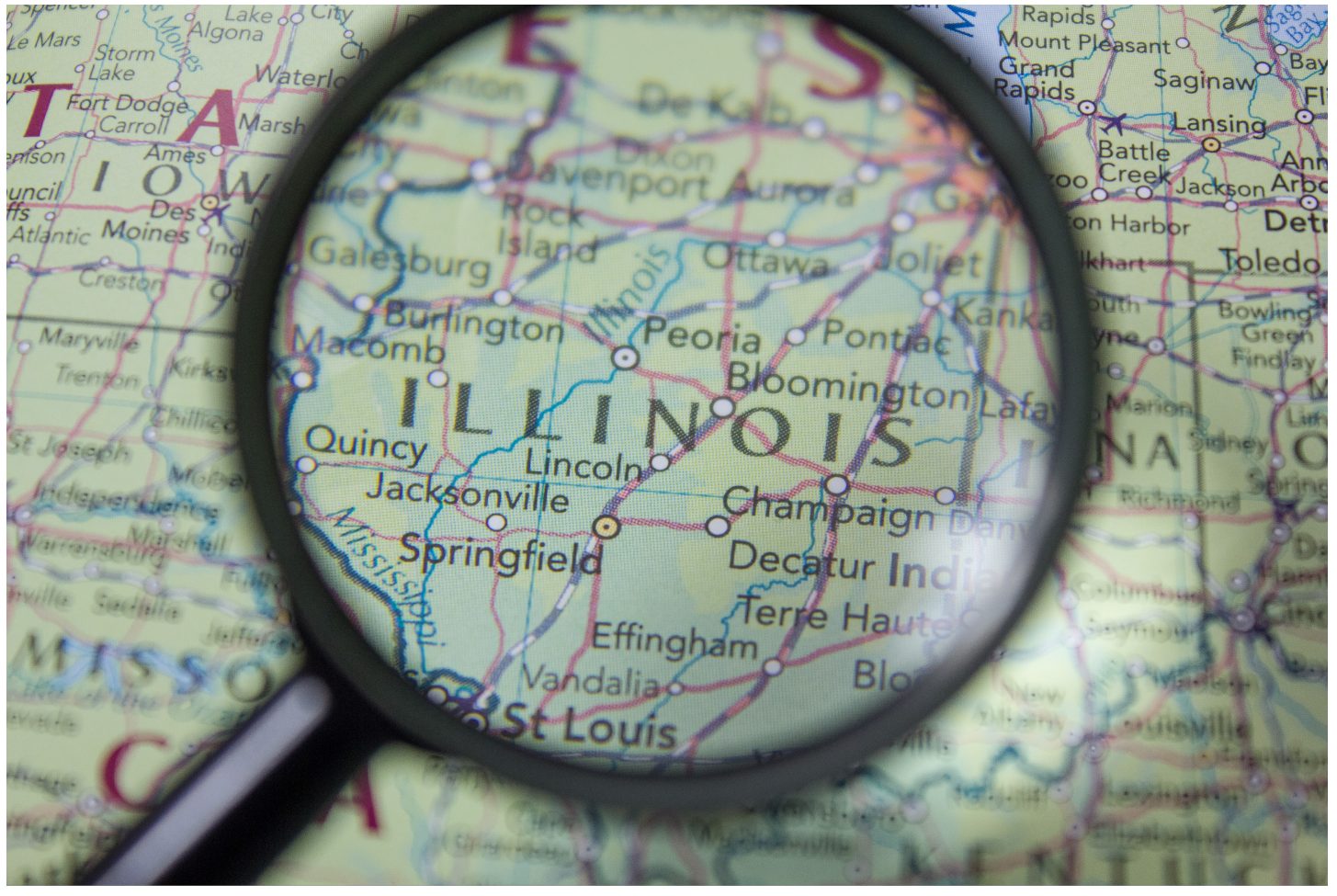 As the clock runs down on the legislature’s spring session, the Democrats in charge have not yet released a clear plan for how they intend to draw new legislative districts. Maybe that’s because they have no attractive options.

The Illinois Democrats are in a unique situation nationally. Drawing new districts for the next decade is always a politically fraught situation. But Illinois legislators are caught between strict deadlines in the state constitution that are intended to get lawmakers to draw a map in the spring, and delays at the U.S. Census Bureau that won’t make the regular datasets available until August 16th.

What are their options? Advocates and redistricting experts point to a few:

All those ideas bear some political or legal risk for Democrats. They haven’t announced a plan yet, and several lawmakers involved in the process did not return calls from the Center for Illinois Politics. State Sen. Elgie Sims, a Chicago Democrat, told the Chicago Tribune recently that the question of what data legislators should use for redistricting this year was “still under discussion.”

But the indications so far are that Democrats are trying to fashion a map using alternate data sources.

“We are in a very difficult situation with these deadlines. I don’t want to fault our elected officials for trying to find a solution,” says Jay Young, the executive director of Common Cause Illinois. “But they should know better.”

Widespread worries about the ACS

If Democrats try to redraw their districts with a different set of data, that data will most likely come from the American Community Survey (ACS). The U.S. Census Bureau also produces the ACS, a survey that gives researchers a glimpse of what America looks like in the years between the decennial headcounts.

“The decennial census is designed to capture, in a snapshot, all of the people living in the country on April 1st,” Young says. “The American Community Survey is designed to tell folks how people live in that neighborhood, not who lives there, but how they live.”

Their different purposes mean the Census uses different methods to conduct them.

Census workers fan out into neighborhoods, knock on doors, send postcards and ask neighbors to get an accurate population number for the once-a-decade Census.

But the ACS is essentially a massive poll. It uses sampling to estimate the number of people in an area and many characteristics about them. To do that, the Census Bureau sends surveys to about 3.5 million addresses every month of every year. Those surveys cover many topics not covered by standard Census questionnaires.

Even at the statewide level, it’s easy to see the different results the ACS and the decennial Census produce. In Illinois, depending on how you use the data, the ACS counted between 42,000 and 140,000 fewer people than last year’s decennial count.

(The Census Bureau released statewide figures for each state last week in order to determine how many U.S. House seats every state gets. But it did not provide the more detailed, community-by-community, block-by-block data that lawmakers need to draw legislative maps.)

Madeleine Doubek, the executive director of Change Illinois, said the discrepancies between the statewide counts of the two different datasets should worry lawmakers if they plan to draw maps with the ACS, instead of waiting for the decennial Census data.

“Forty-two thousand people is bigger than a lot of communities in Illinois,” she says. “We have no idea, so far, who those people are, where they live or what their demographic makeup is. The thought that lawmakers are going to just plow ahead and draw the districts without these people is alarming.”

The results also probably wouldn’t hold up in court, warns Michael Li, a national redistricting expert and the senior counsel for the Brennan Center’s Democracy Program in New York. Li says the ACS data would be most helpful if lawmakers used it to draft preliminary maps that the public could weigh in on before the final Census data is available. Beyond that, though, they could run into legal problems.

“If [Illinois lawmakers] try to draw final maps with the ACS and don’t amend them at some point, they are buying a lawsuit, and they would lose that lawsuit,” Li says.

With so much potential error at the community level in the ACS, he says, it would be hard for Illinois lawmakers to draw maps that abide by the “one person, one vote” principle that requires legislative districts to have equal populations. It could also make the maps vulnerable to challenges under the Voting Rights Act, which requires that legislative maps preserve the voting strength of minority communities.

The prospect that Illinois and a handful of other states, including Oklahoma, are considering using ACS data to draw their maps has raised alarm bells around the country.

So did the Brennan Center, Common Cause Illinois, Change Illinois, the League of Women Voters of Illinois and Asian Americans Advancing Justice of Chicago.

“As long-time census and redistricting stakeholders,” they wrote, “we recognize that the delayed delivery of census data has resulted in a scramble by states seeking to address this adjusted delivery, compressing the redistricting process, including creating situations where states may be unable to meet state-established deadlines.”

“The use of existing data, such as the ACS, as the primary basis to draw final maps is inappropriate. Line drawers should wait until decennial Census data is available to draw actual maps to be implemented in elections,” they added.

There’s another risk, adds Young, from Common Cause: the example that Illinois could set for other states that are looking to restrict voting rights.

“I honestly think there are a lot of folks that just didn’t think it was going to happen in a blue state,” he says, “and now are worried that it will provide some measure of cover for the other states where that sort of thing is happening.”

If lawmakers don’t use the ACS, what can they do? Many advocates argue that they should file a lawsuit to delay the constitution’s deadlines for the redistricting process.

“What Illinois should be doing is following in the footsteps of states like California, Oregon or Michigan, where the legislature went to the courts and said, ‘Look we’re faced with this impossible charge of drawing maps under deadlines that we can’t meet because we don’t have the data that we need,’” Young says. “That’s what we should be doing.”

He notes that Illinois had one of the highest self-response rates of any state in the country, and it spent more than almost any other state to promote participation in the Census. Young says Illinois is walking away from those achievements if it only relies on ACS data and sparsely attended legislative hearings in the middle of the day when few people can attend.

Doubek says there’s still time for lawmakers to file a lawsuit now and Li, from the Brennan Center, says state supreme courts have pushed back many constitutional and state law deadlines in the last year because of the effects of the COVID-19 pandemic.

The lawsuit, though, would likely have to come from lawmakers themselves, because they would clearly have standing to bring that type of lawsuit, as they have in those other states.

Of course, there’s no guarantee that the Illinois Supreme Court would react the same way. The state high court has original jurisdiction in redistricting cases. But in the past, it has hewed closely to the letter of the law when it comes to the state Constitution on issues such as pension obligations and requirements to limit legislation to a single subject.

Doubek, the head of Change Illinois, said it’s likely too late for legislators to work out a different system for drawing maps than they one spelled out in the Constitution. Her group had pushed for an independent commission to draw legislative maps instead.

“It is ironic that we see this huge push at the national level for HR1, which includes a provision to have independent commissions draw congressional districts nationwide. Every member of the Democratic Illinois House delegation sponsored that and voted for it, including [U.S. Rep.] Robin Kelly, the new chair of the party in Illinois,” Doubek says. “And yet we see Democrats in leadership in the Illinois legislature proceeding as planned with gerrymandering.”

If the plan for legislative Democrats is to pass a plan based on ACS data now, and revise it once the decennial Census data is available, she adds, they should pass a law to codify that process.

In the meantime, lawmakers must follow the strict schedule in the Illinois Constitution for legislators to complete their work on new maps.

Democrats could lose the power to pass new district maps to Republicans if Democratic lawmakers don’t act fast enough. That would be a huge setback for Democrats, considering they have supermajorities in both the House and Senate and control the governorship.

The constitution gives the General Assembly until June 30 to pass a redistricting plan. But Democrats have incentives to finish up work on the maps even sooner. The legislative session is scheduled to wrap up by the end of May. Once June starts, bills need a supermajority of support to take effect immediately. Democrats have those margins in both chambers, but it would be harder to pass new maps.

If Democrats miss the June 30 deadline, the constitution requires them to appoint a Legislative Redistricting Commission to handle the job instead.

That commission consists of four Democrats and four Republicans, no matter which party controls the legislative chambers. The evenly divided commission has until August 10 to produce a map that gets a majority vote from the commission. (Again, the Census isn’t expected to release its detailed data until August 16th.)

If they still can’t agree, the secretary of state on September 5th picks the name of either a Republican or a Democrat by random selection to break the tie.

Even if the process never gets to the tiebreaker, Illinois’ early primaries will make things difficult. The legislature will be hard-pressed to make adjustments to the maps in the spring after the Census data comes out in August because if the legislature doesn’t act, next year’s primary will be held on March 15th. That means that candidates could start filing for office by November 22nd. They need many weeks beforehand to circulate their petitions, so adjusting maps much after September of this year could prove to be quite messy indeed.

Illinois is one of 11 states where the state constitution requires redistricting to occur in the year after the Census is conducted, according to the National Conference of State Legislatures. Seven other states, including California, have constitutions that require the process to occur in 2021.

Oklahoma legislators released guidelines in February that indicated that the state would use ACS data for its redistricting process.

Last year, New Jersey voters approved a constitutional amendment that allows legislators to delay redistricting if the data from the U.S. Census Bureau was released behind schedule.

Time is running out in Illinois to come up with a redistricting plan.

Future of the Democratic Party in Illinois: Internal bickering, keeping grasp on power

Ken Griffin Hits Pritzker Over Violence, Threatens to Move Citadel Out of State