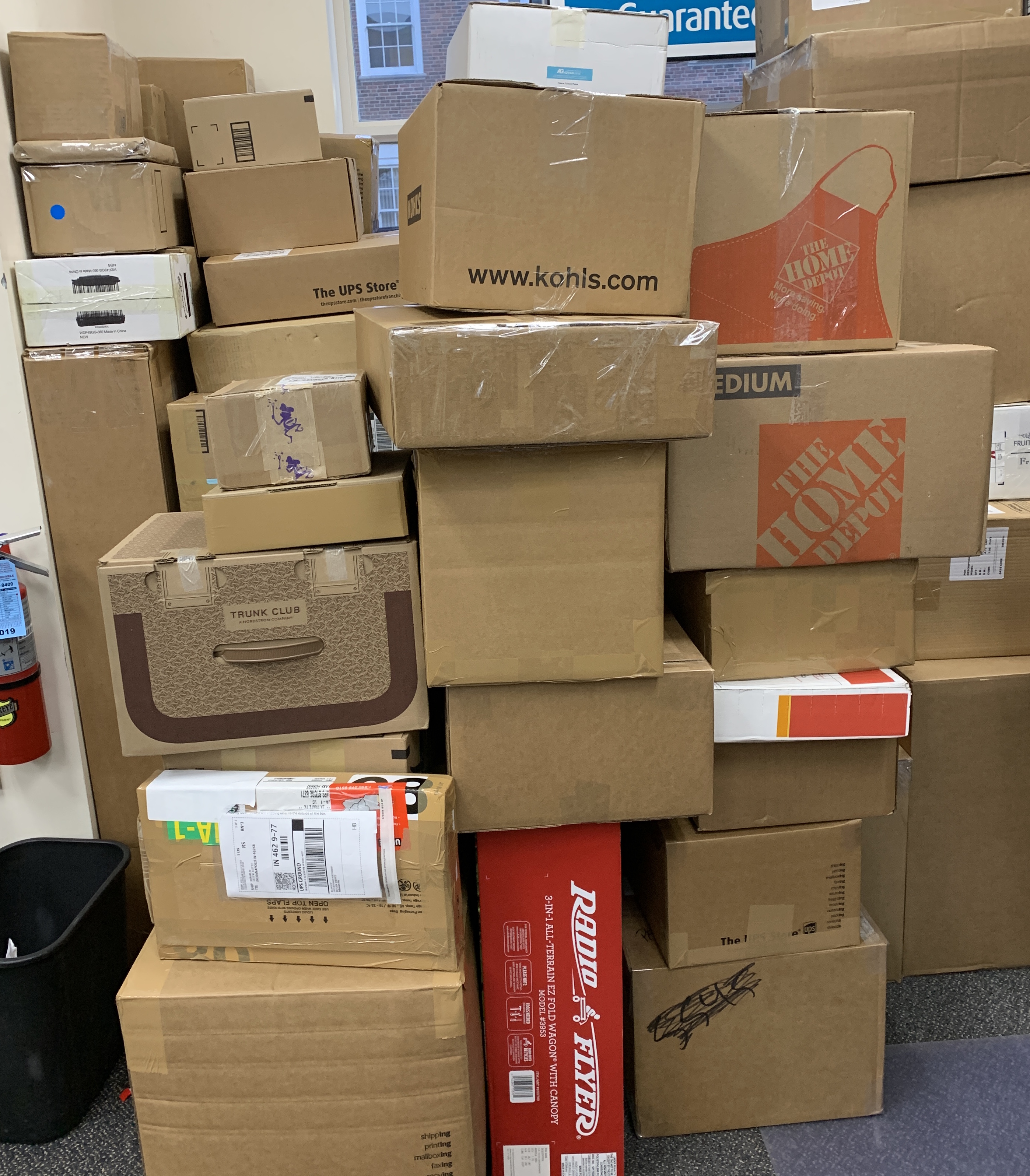 The U.S. Supreme Court cleared the way for Illinois and other states to collect sales tax on online transactions back in June 2018, but the process of collecting all of the new revenue will take several more years.

Nearly 4,000 companies registered with the Illinois Department of Revenue to pay a tax on their online sales in the first 17 months since the ruling was handed down. Those companies were projected to pay at least $180 million, roughly $144 million of which went to the state. For comparison, Illinois officials estimate the state's total sales tax collections this year to be $8.5 billion. The agency's estimates of the new revenue are likely conservative. They may not capture changes in consumer behaviors and they may not have taken into account all of the companies that have now begun to send Illinois online sales tax revenue.

“This is leveling the playing field for something that has been off skew for the last 40 years. It’s a welcome change, but it does take some time to implement the change,” said Brad Cole, the executive director of the Illinois Municipal League, which backed efforts to apply sales tax to online sales.

The 2018 ruling from the Supreme Court overturned decades of decisions that prevented states from requiring retailers to collect sales tax for states where the retailer had no physical presence. The long-standing prohibition dated back to the days of mail-order catalogs. Courts worried about imposing undue burdens on businesses to collect sales taxes on behalf of the more than 6,000 jurisdictions that impose them. Instead, individual customers were supposed to report and pay taxes on their purchases, something that, in practice, doesn't work.

But the rise of e-commerce and the computing power that came alongside it changed the considerations behind the court’s long-standing reasoning. States and localities feared they were losing sales tax revenue because more and more people bought goods online instead of at local stores. Meanwhile, tax administrators worked together to make it easier for software to automatically determine the sales tax rates across the country.

In a 5-4 decision in the case of South Dakota v. Wayfair, the Supreme Court reversed course. The old system, Justice Anthony Kennedy wrote for the majority, “allows remote sellers to escape an obligation to remit a lawful state tax.”

“It is unfair and unjust to those competitors, both local and out of state, who must remit the tax; to the consumers who pay the tax; and to the states that seek fair enforcement of the sales tax, a tax many states for many years have considered an indispensable source for raising revenue,” he wrote.

Most states have experienced an overall increase in sales tax revenue over the past few years; some have attributed the increases to new online sales tax collections. For example, the state of Michigan attributed a mid-year increase of $203 million for their fiscal year 2019 to increased tax collections from online sales. Virginia and Washington budget recommendations for fiscal year 2020 projected increases to sales tax revenue for the same reason.

Until recently, though, Illinois' collection efforts focused on retailers selling their goods directly to Illinoisans online. Just weeks before the Supreme Court handed down its decision, Illinois lawmakers made sure that the state would be ready to collect if the ruling came down in the state’s favor.

Part of the budget package that lawmakers passed in June 2018 specified that online retailers had to start collecting sales tax from online transactions and sending the state the revenues in October of that year. But the law had some limits. Only retailers that sold more than $100,000 worth of goods to Illinois residents or conducted 200 or more transactions with Illinoisans had to collect the sales tax. That provision, which was similar to laws in other states, was meant to reduce compliance costs for small out-of-state companies. The law also specified that online retailers had to collect a flat 6.25 percent sales tax, even though the total sales tax rates in Illinois vary significantly because local (municipal, county, etc.) sales taxes are also charged.

Starting Jan. 1, 2020, Illinois also started requiring online marketplaces – think eBay, Etsy or Amazon affiliates – to collect and remit Illinois sales tax. Those websites don’t sell their own goods, but they allow other people to use their websites to sell goods. The rules governing those transactions are complex. In fact, lawmakers passed one law to regulate those transactions in the spring, but they had to do a major revision when legislators met briefly in November to prepare for implementations.

Next year, retailers will have to go even further. Under the so-called “Level the Playing Field for Illinois Retail Act,” online sellers will be required to collect the correct amount of sales tax depending on the address of the buyer. That means, for example, that a Chicago resident would pay the same 10.25 percent sales tax for an online purchase that would be charged if she bought the item in a store down the street. For Chicago, the rate includes the 6.25 percent statewide rate, a 1.75 percent tax from Cook County, a 1.25 percent tax from the City of Chicago and a 1.0 percent tax to fund regional transit. The exact tax collected will depend on what taxes are in effect at the buyer’s location. The state will distribute the money based on where the purchases happened.

The law also allows retailers to use certain software companies that are certified by the state to calculate and collect sales taxes on their behalf. Those companies, called “certified service providers,” are allowed to keep 1.75 percent of the tax dollars they collect as compensation.

Rob Karr, the president and CEO of the Illinois Retail Merchants Association, said giving the state and retailers another year to start collecting specific local taxes will make it “that much easier” for them to comply with the law. But Karr also noted that other states have already started collecting online sales taxes without major problems.

“It’s all the same rule book,” he said. “A sale is a sale, no matter where it occurs. And tax policies are supposed to apply uniformly to all the actors. That’s what this does.”