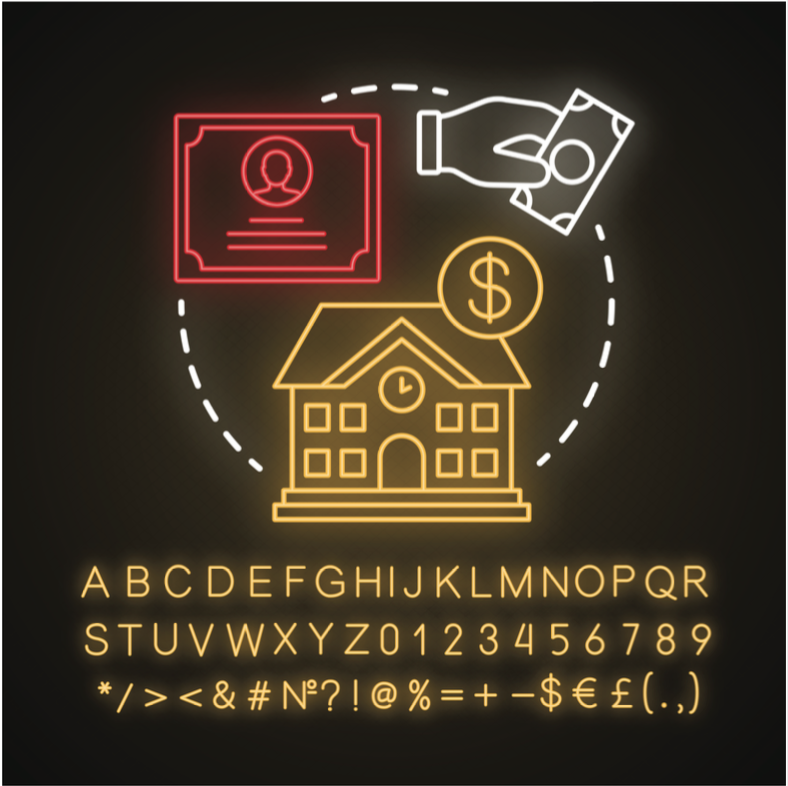 Between the ending of the Chicago teachers strike and this week’s release of Illinois School Report cards, schools have been a major focus of the news in recent days.

As the conversation continues about adequate funding and resources and their impact on performance in the classroom, we thought we’d issue a primer on just how schools are funded throughout the state. Here’s a quick spin:

When trying to understand public school funding in Illinois, let’s focus on two things: 1) local revenues in the form of property taxes and 2) state-provided aid. There are a lot of different revenue sources in addition to these—federal aid, capital funds from the state, miscellaneous special sources—but for now, let’s just talk about these specific sources.

For most school districts, local funds provide the majority of revenue, typically around two-thirds. In fiscal year 2017, school districts collected about $19.2 billion in property taxes statewide, per the Illinois Department of Revenue (IDOR) (check out Table 03). When considering total revenue for public school districts equaled about $28.4 billion, we begin to see exactly how important property taxes are for school funding.

State funds, which make up about a quarter of district revenues, are appropriated by our General Assembly each year in the state’s budget and are used for specific stuff (think: special ed). While this isn’t as big of a chunk as local sources, 25% is clearly significant. When Illinois had that little budget impasse for two years, its impact on local schools (especially CPS) was profound.

These funds are meant to ensure that all of our districts can provide equally great services.

Theoretically. We use that word because we and our neighbors have debated the specifics of school funding ad nauseum. How can all districts be equal when they rely mostly on a revenue source that is unequal between communities? Actually, many public school systems here and in other states still experience inequities in school funding despite state aid.

So, in August 2017, Governor Bruce Rauner OK’d a new state evidence-based funding formula to provide a more equitable distribution of state funds to Illinois public school districts. It was also meant to provide some property tax relief—districts that needed more state funding would also potentially see lower tax levies to help property owners within the district. However, some places receiving these abatements were already relatively better funded. In fact, of the 28 districts that received abatement grants in FY2019, five were actually wealthier districts.

That’s not to say this funding formula is a bust, just that it’s not perfect. (But what is, anyway?)

How does this funding formula work?

We’ll spare you most of the details because it’s very complex, but here’s how it works:

ISBE uses a three-step process. First, the Board looks at all of the moving parts within a district related to cost of services—enrollment data, costs per student, number of full-time employees, regional factors, etc.—to create an “adequacy target.” This target is meant to reflect the specific needs of this single district.

Next, ISBE looks at the district’s resources, like how much funding it’s received in previous years (this is called “base funding minimum”), how much of the Corporate Personal Property Replacement Tax revenue it’s likely to receive, and how high property tax revenues will be.

Finally, ISBE places the district in one of four tiers, with Tier 1 getting more funding than Tiers 2, 3, and 4. About 99% of the state’s total funding given to districts is given to Tier 1 and Tier 2, as these are the districts that are furthest from that pesky “adequacy target.”

Right, Chicago. It turns out CPS is a Tier 1 school district. For FY2020, the District needed about $5.6 billion to operate properly; CPS’ proposed budget included almost $6.2 billion in operating costs with only $3.5 billion coming from local sources.

When CPS released its proposed budget for this year, the District also explained that it may actually switch to a Tier 2 district, meaning smaller fund amounts from the state.