Lawmakers and reform groups seek to tighten up. 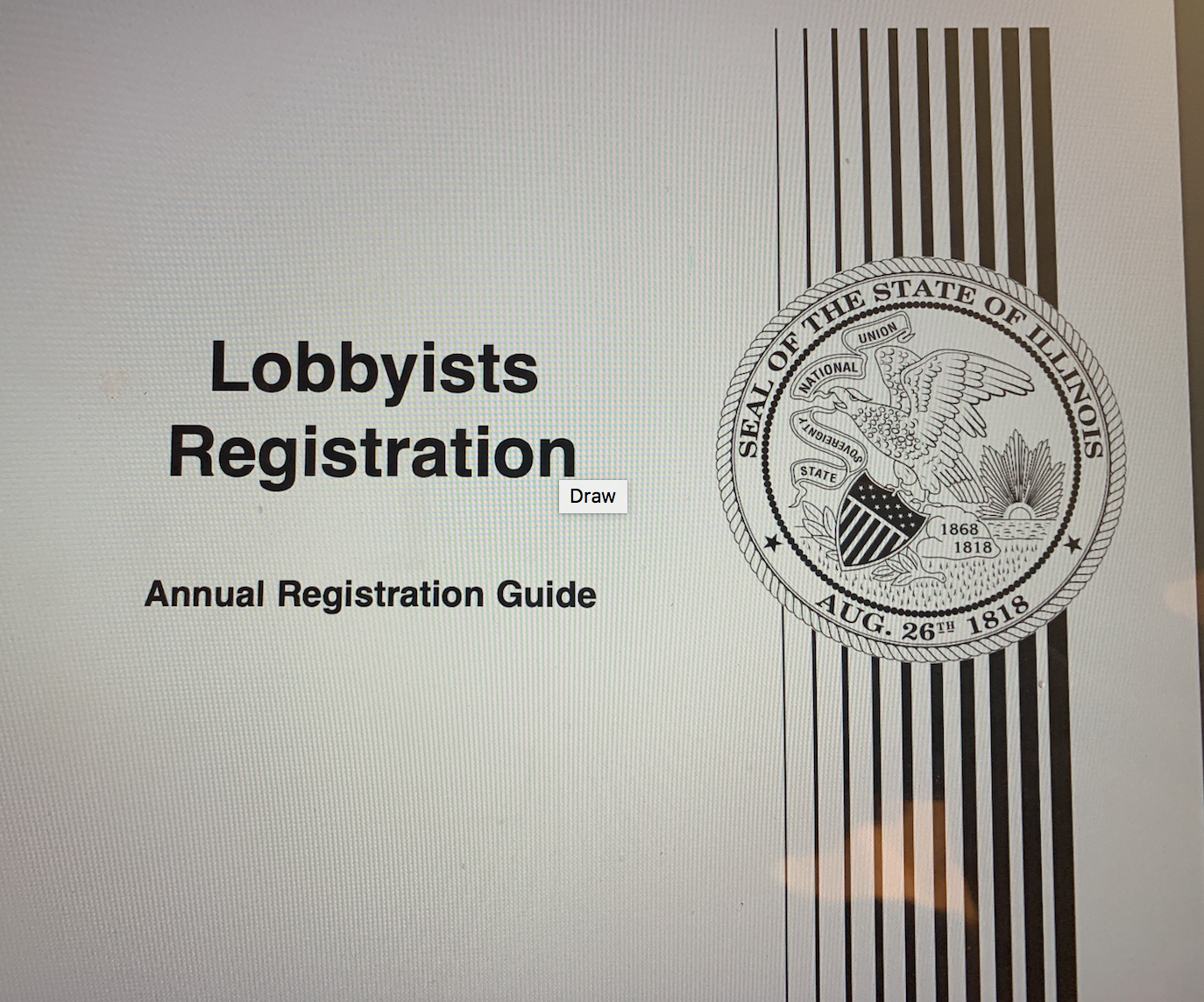 Illinois stands out from all other states with the shortest and most loosely-written definition of "lobbyist" in its statute addressing the subject (click here to see how Illinois compares to how other states define lobbyists and lobbying).

Illinois’ statute defines lobbyist this way, according to a December 2019 analysis by the National Conference of State Legislatures:

“Lobby” and “lobbying” means any communication with an official of the executive or legislative branch of State government for the ultimate purpose of influencing any executive, legislative, or administrative action. 25 Ill. Comp. Stat. 170/2.

Recent revelations that legislators are allowed to lobby local government officials and indictments of Illinois lawmakers prompted the establishment of the Joint Commission on Ethics and Lobbying Reform in 2019.  On this past Wednesday, members of the Commission heard testimony on lobbying reform for the first time at a Chicago meeting.

Proof of the loose wording of the Lobbying statue was evident from the testimony of several reform groups as the commissioners listened to one-after-another spell out changes that they believed were sorely needed.  The commissioners also raised questions such as:  “Where is the line to be drawn between grass-roots advocacy and lobbying activities?” Or, new regulations not with-standing, “How will legislators know a lobbyist is properly registered during a chance encounter, short of asking to see a registration card?”

Good questions to be sure, because Illinois’ current lobby statute provides no directive on how to handle specific lobbying activities.

A panel of reform groups, including the Center for Illinois Politics, provided a primer for lobbying reform with recommendations which were well-received by the panel of legislators. See attached testimonies.

“The good news is that these stories could provide the boost required to enact long-needed changes in that system,” testified Common Cause Illinois Executive Director Jay Young.

Case in point: Would tightened lobbyist regulations prevent a state rep from directing a constituent to contact a local government official? This would, after all, constitute one public official lobbying a separate government, the subject of debate earlier that day. Although virtually everyone in the room agreed that this would be a step too far in new regulations, it does represent how broad changes might prove to be impractical fixes to the current broad definitions of “lobbying” and “lobbyist.”

There were notes of optimism. Members of this second panel largely agreed on several suggestions, most notably that Illinois needs to fall in line with other states.

The Center for Illinois Politics, Common Cause, Reform for Illinois, CHANGE Illinois and the Better Government Association, were in agreement on pressing issues the Center has highlighted before: the “revolving door” of legislator-to-lobbyist, disclosures by legislators of “economic interests,” and the State’s official definition of “lobbyist,” which does not bar current legislators from lobbying activities.

We encourage more discussion and urge the Commission to articulate a well-defined, clear and transparent understanding of what is legally allowed by lobbyists in Illinois and if lobbying by legislators should ultimately be banned.

You can find each advocacy group’s testimony below: