Illinois' Financial Future: We Are in Crisis With or Without Graduated Tax 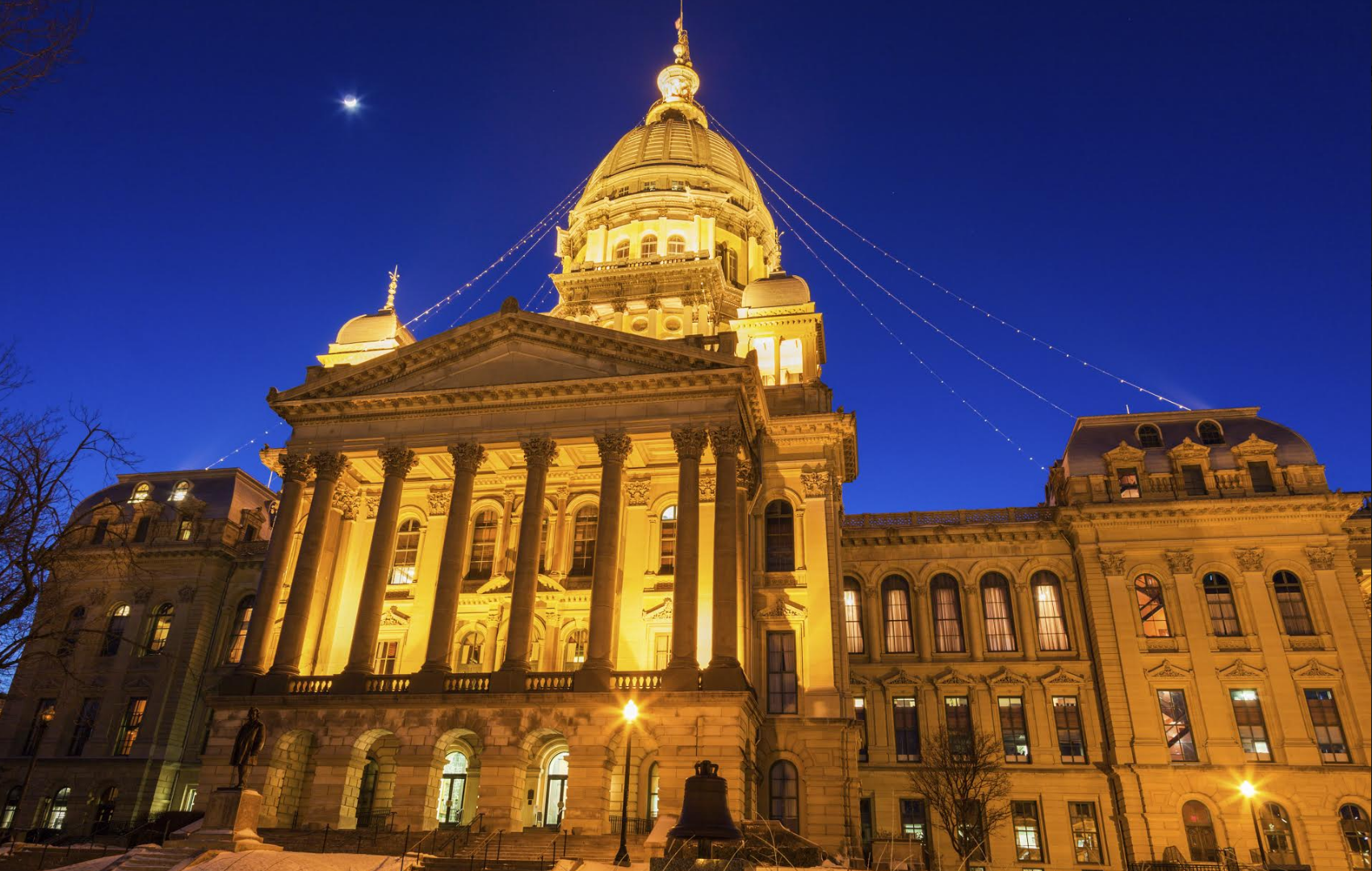 Gov. J.B. Pritzker has long framed a graduated income tax system as fundamentally about fairness, dubbing it the “Fair Tax.” But at its root it’s about finances. Illinois’ state government has for years been in financial crisis, running annual deficits, underfunding pension systems and running long delays before paying bills. The constitutional amendment voters are now being asked to approve enables the state to collect more revenue by taxing richer taxpayers at higher rates. The current flat tax system would disappear.

But exactly how much more revenue would such a new tax system generate? As the battle over the pivotal ballot measure has heated up in recent months—with two billionaires, Pritzker and hedge fund manager Ken Griffin, each donating tens of millions to claim victory—the personalities and campaigns on either side of the amendment have gotten a lot of ink.

What’s been overshadowed is what the ballot measure means for Illinois’ coffers if it passes. And the budget repercussions for the current fiscal year and beyond, if it fails.

How Much Money Are We Talking About?

$1.2 billion and $3.4 billion. Those are two key figures put forward by Gov. Pritzker while arguing in favor of the amendment, his agenda’s signature item.

Before we unpack those numbers, a bit of wonky context: Passage of the amendment doesn’t in and of itself grow Illinois’ tax revenues. But Democrats in Springfield passed a law last year spelling out new graduated income tax rates, which will take effect on January 1st, 2021 if the ballot question passes. (Learn all about the new rates, lawmakers’ taxing authority and what the amendment would actually do in this Center for Illinois Politics story.)

$1.2 billion: The amount of additional revenue the Pritzker administration now projects the graduated-rate tax would bring in during the latter half of the current fiscal year, which began July 1st and ends June 30th, 2021.

$3.4 billion: The estimated amount of additional revenue the new income tax structure would generate over a 12-month period, according to Gov. Pritzker. The first time this would occur would be during fiscal year 2022, ending in June 2022.

$1.2 billion isn’t chump change, but it’s not going to fill the hole the COVID-19 pandemic has blasted in Illinois’ budget. State Comptroller Susana Mendoza said in an interview Wednesday that the state is now facing a budget deficit of around $6 billion. She and the governor have renewed calls for more federal aid. Back in May, Illinois lawmakers passed a $43 billion FY2021 budget reliant on $5 billion in federal borrowing and another $1.2 billion in other debt, the Civic Federation noted. The budget did not presume any revenues from a new graduated tax system.

Back in February, in his annual budget proposal to the legislature, Gov. Pritzker promoted the tax amendment by detailing what the state should do with extra income tax revenue. He proposed additional K-12 and higher education spending, as well as some catching up on unpaid bills and unfunded pension obligations.

Given the deficit subsequently created by the pandemic, it’s unclear where extra tax revenue would now end up should the amendment pass. Spokespeople for the Governor’s Office and the Department of Revenue didn’t respond to questions this week. But on Wednesday Mendoza said the extra money would help fill the looming $6 billion shortfall. And Gov. Pritzker told The Wall Street Journal earlier this month that taxing the wealthy more would help the state resolve its financial crisis.

“The falling revenues that came with COVID-19 was of course unexpected, but makes all the more important the idea of getting our fiscal house in order,” Gov. Pritzker said.

What If the Amendment Fails?

If the proposed constitutional amendment fails, the Pritzker administration and lawmakers will still have to reckon with the state’s financial crisis. Beyond the current budget year’s $6 billion deficit, that includes $8 billion in unpaid bills and about $137 billion in unfunded pension liabilities.

Gov. Pritzker has said that if the amendment fails, solutions to the crisis include raising the flat income tax rate to 5.95% (from 4.95%), as well as significant cuts to education, public safety and social services. The exact level of cuts is unclear—but Mendoza called them “incredibly draconian.”

Last month, warning of a “nightmare scenario,” Gov. Pritzker asked state agency heads to identify cuts of at least 5%” to address a potential lack of further pandemic-related federal aid. He also asked them to detail 10% cuts in spending for fiscal year 2022.

In Crisis Either Way

Given the scope of the Illinois’ financial ills, now exacerbated by the pandemic, the tax amendment was never to be a panacea. Whether or not the measure passes, other solutions on multiple fronts—revenue raising and spending cuts—will likely be in the offing from Springfield.

Earlier this month, an analyst at the credit rating agency Moody’s noted that “The ‘Fair Tax’ proposal is unlikely to be the last of the state’s revenue-raising initiatives, given the scale of its need for additional fiscal capacity.”

On Tuesday, the Civic Federation came out against the proposed amendment—and not because it is opposed to the concept of a graduated income tax (which 32 states now have). The problem, the organization partly argued, is that the new tax rate structure passed by the General Assembly “is anything but ideal.” Poorer Illinoisans would pay the same tax rate as middle-class and upper middle-class residents, and “the flat rate at the top of the structure is unusual and could cause tax avoidance behavior and increase revenue volatility at a time of economic uncertainty,” the Civic Federation statement said.

Of course, there’s nothing set in stone about the income tax rates passed into law last year. If the amendment does pass next month, Gov. Pritzker and his allies in the legislature could just change them to bring in more money—likely infuriating Griffin and the GOP.