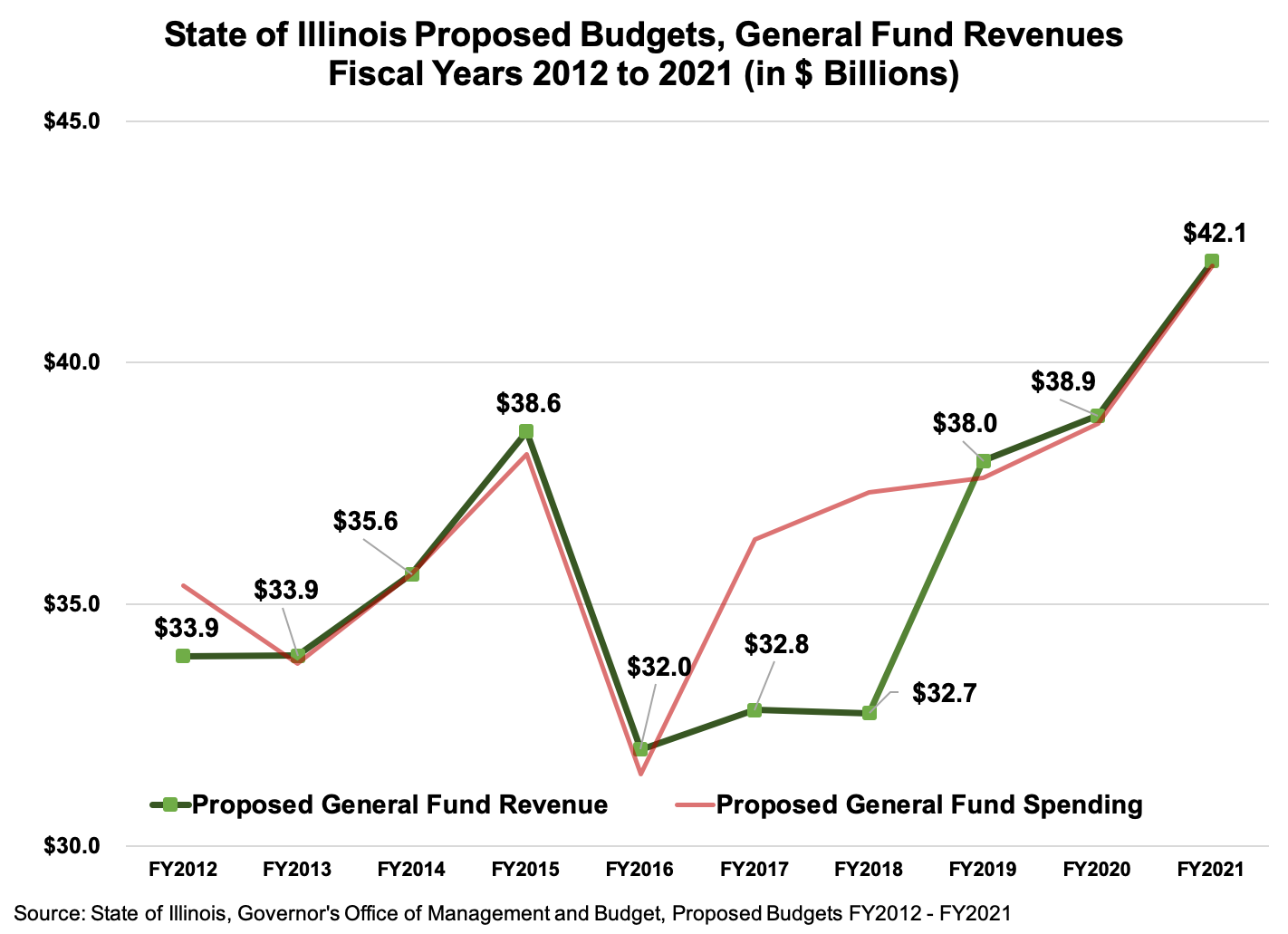 This afternoon, Gov. Pritzker proposed $42.1 billion in revenue for the state budget's general fund in the 2021 Fiscal Year. That's an increase of $3.2 billion from last year's and an overall increase of $8.2 billion over the last ten years:

On the spending side, Gov. Pritzker recommended $42.0 billion for FY21, an increase of $3.3 billion from last year's proposed budget and $6.6 billion from FY12:

‍
Overall, his budget includes a surplus of roughly $100 million. This is the third straight proposed budget with a surplus in the general fund. The last budget with a deficit was for FY2018, when Gov. Rauner suggested a budget with $4.6 billion more in spending than revenue:

With his budget proposed for FY21, Gov. Pritzker will spend the next several months working with the State Legislature to enact it. At the same time, Pritzker will be pushing for one of his signature campaign proposals, the Fair Tax Amendment, which could have an impact on the future budget and those that follow.